“In the beginning, there were all these stories popping up online, about writers and artists who wrote and created all these great things during the 1918 Spanish Flu," filmmakers Robie and Alejandro Flores wrote to me in the middle of the pandemic. "It sounded romantic but our family members were losing jobs, all these shops were closing down, families lost their businesses, even Tribeca shut their operations.”

Their ITVS Open Call-supported film The In Between, which brings together stories of people living in the border community at Eagle Pass, Texas and Piedras Negras, Coahuila, was supposed to complete production this summer but given the COVID-19 lockdown, the filmmakers are now aiming at an early 2021 release. “Our subjects are all young students with very active social lives. They reach the opposite side of town or Mexico in 15 minutes and everyone is involved in like 20 things after school. That’s the story on both sides of the border and now it’s all silent,” they add. 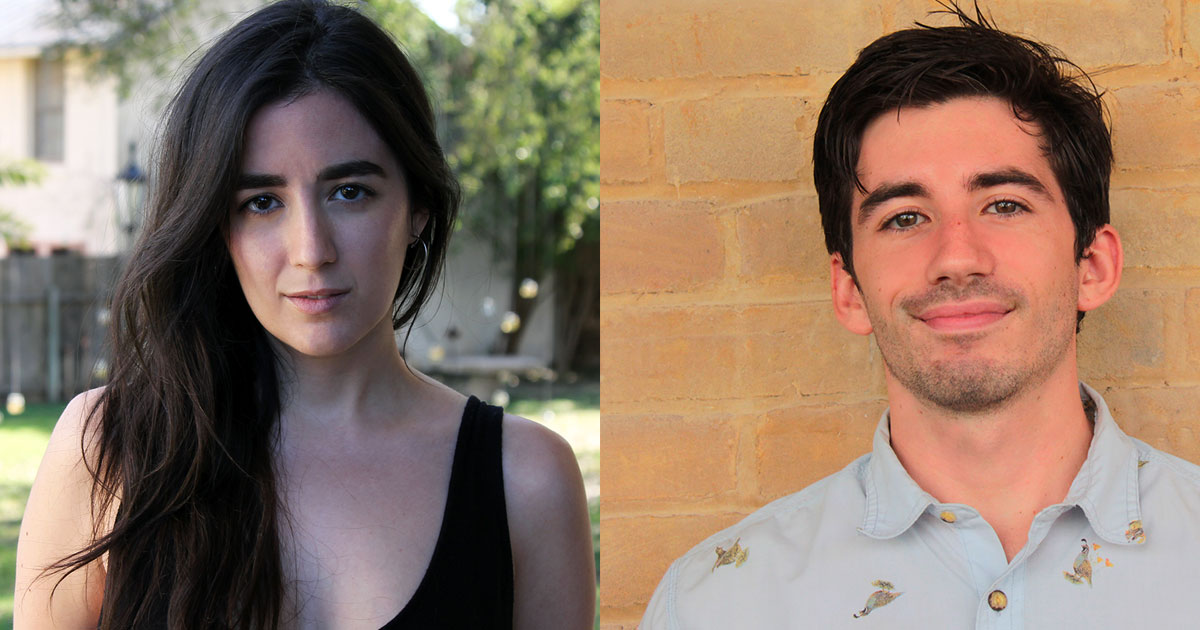 As of June 26 2020, the coronavirus has claimed at least 127,000 lives in the USA, thereby making death and mortality a part of our everyday headlines. “The pandemic has forced us to embrace the reality that our lives are finite,” says Aman Ali who, along with his brother director Zeshawn Ali, produced their debut feature film Two Gods (ITVS Open Call), about two men who work in a Muslim funeral home in East Orange, New Jersey.

“The pandemic has forced us to embrace the reality that our lives are finite."

While the subjects of their film made 30 caskets a week earlier, they were making as many in a day when the pandemic death toll peaked. “The intricate lines of grief and mortality have been laid bare during this pandemic and we’ve been reminded how fragile our lives have always been,” Zeshawn adds. The filmmakers had just finalized the edits on Two Gods when New York announced its shelter-in-place orders, which forced them to complete the color correction and sound mixing remotely. The film went on to premiere virtually as a part of the Hot Docs lineup for which it was called an "astonishing and beautiful debut" by POV magazine. 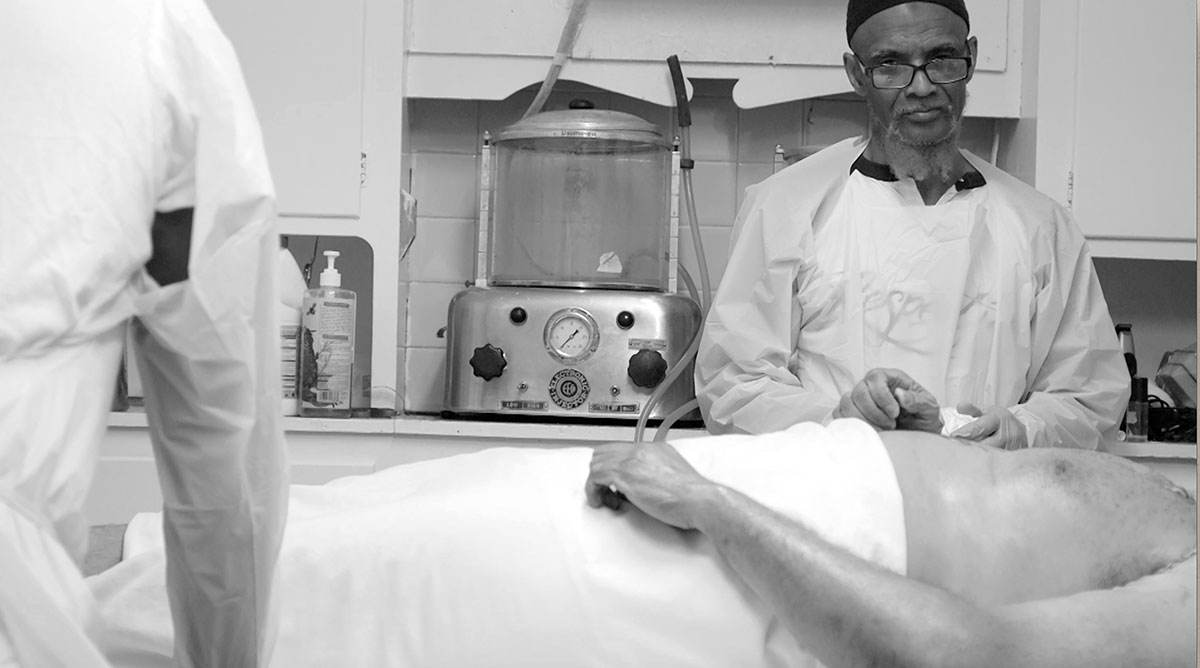 With film festivals cancelling or going online, Two Gods isn’t the only film that has had to change its premiere plans. Julia Reichert and Steven Bognar’s 9to5: The Story of a Movement was all set for a SXSW premiere followed by a longer festival run. The day the filmmakers finalized the film’s sound mix, SXSW announced its decision to cancel this year’s edition.

Sharing the anxieties of hundreds of other documentary filmmakers, Reichert and Bognar first resisted the idea of premiering the film in an online film festival. “Back then, it still felt like festivals would be back to being in-person events this summer, and we didn’t fully trust the security of an online launch,” write the filmmakers. 9to5 eventually premiered as a part of AFI Docs’ online lineup.

The documentary revisits the labor movement headed by female office workers in Boston in the early 1970s demanding their workplaces pay heed to issues that continue to plague our workplaces even today. At a time when conversations around essential labor and frontline workers are forcing us to reconsider the ways in which we look at labor rights and employee protection and the gendered nature thereof, 9to5 is an important watch.

"The pandemic has awoken in people a consciousness that frontline workers need protections and a real say in what happens to them," say Reichert and Bognar.

On a similar vein, Aman Ali adds, “Of course the healthcare workers are essential but we also have to acknowledge the huge debt we owe to the funeral workers on the frontline and the government has to be responsible for their well-being.”

As explored through Beth Levison and Jerry Risius’ yet-untitled Open Call-supported film on rural Iowa's family-run newspaper The Storm Lake Times, the pandemic has been a time that has brought out just how starved our communities are of trustworthy information. While the newspaper struggles to stay afloat amidst rising coronavirus numbers within Iowa’s meatpacking community, it also ensures that its readers will be informed where to get tested and where to buy essential items. 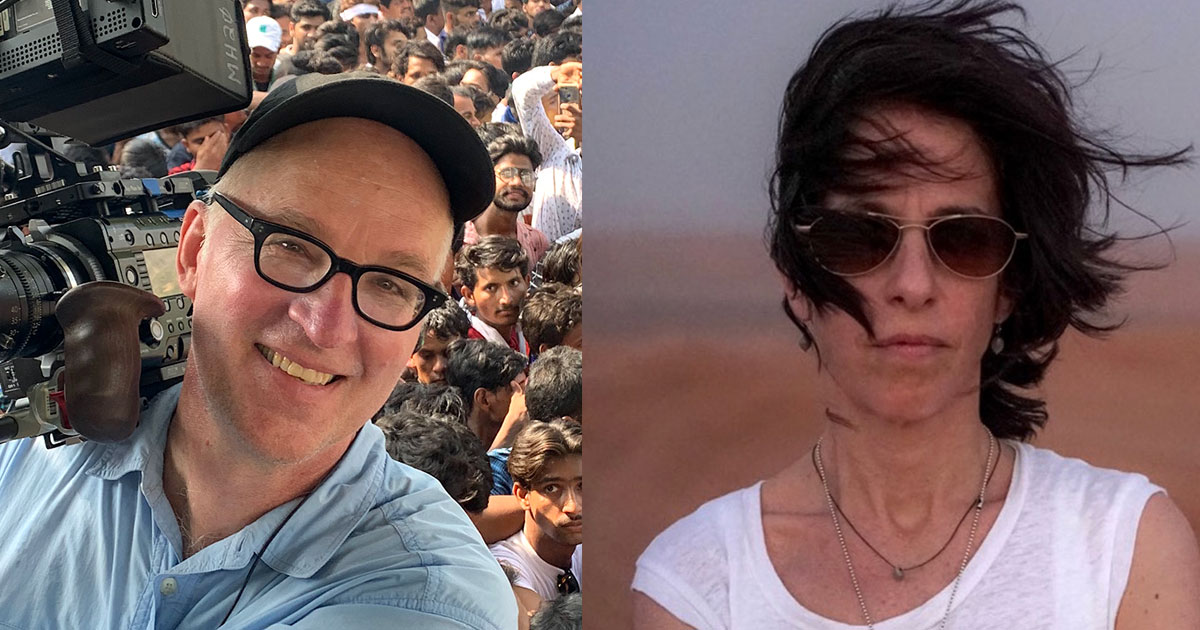 Levison and Risius continue to collaborate with their subjects remotely and use video conferences to stay in constant touch with the newspaper’s photographer, who is helping them film scenes. “We are trying to connect in ways beyond the usual ways of connection. Since the film is about a newspaper, we are also devising new ways of using the paper itself to drive the narrative,” says Risius.

“Newspapers have always provided essential service to the community and this is a crucial time to appreciate the immense hard work that goes into keeping them running even beyond the context of a pandemic,” adds Levison.

Kevin Shaw’s Let the Little Light Shine (f.k.a. A Place to Learn; ITVS Diversity Development Fund) explores the intersecting fault lines of race inequity, gentrification, and the right to education through a black elementary school’s resistance against being made into a high school for students from wealthy backgrounds. When the pandemic hit, Shaw still had a few interviews left to film with government officials who suddenly found themselves in the middle of an emergency decision to shut down schools and ensure continuing education for students.

As the parents in Chicago’s South Loop neighborhood grappled with ways to navigate the new reality of homeschooling children, Shaw began to assemble his footage and start off the post-production processes. “With the festival dates constantly changing, I decided to not feel the pressure of finishing things in a hurry,” he says. 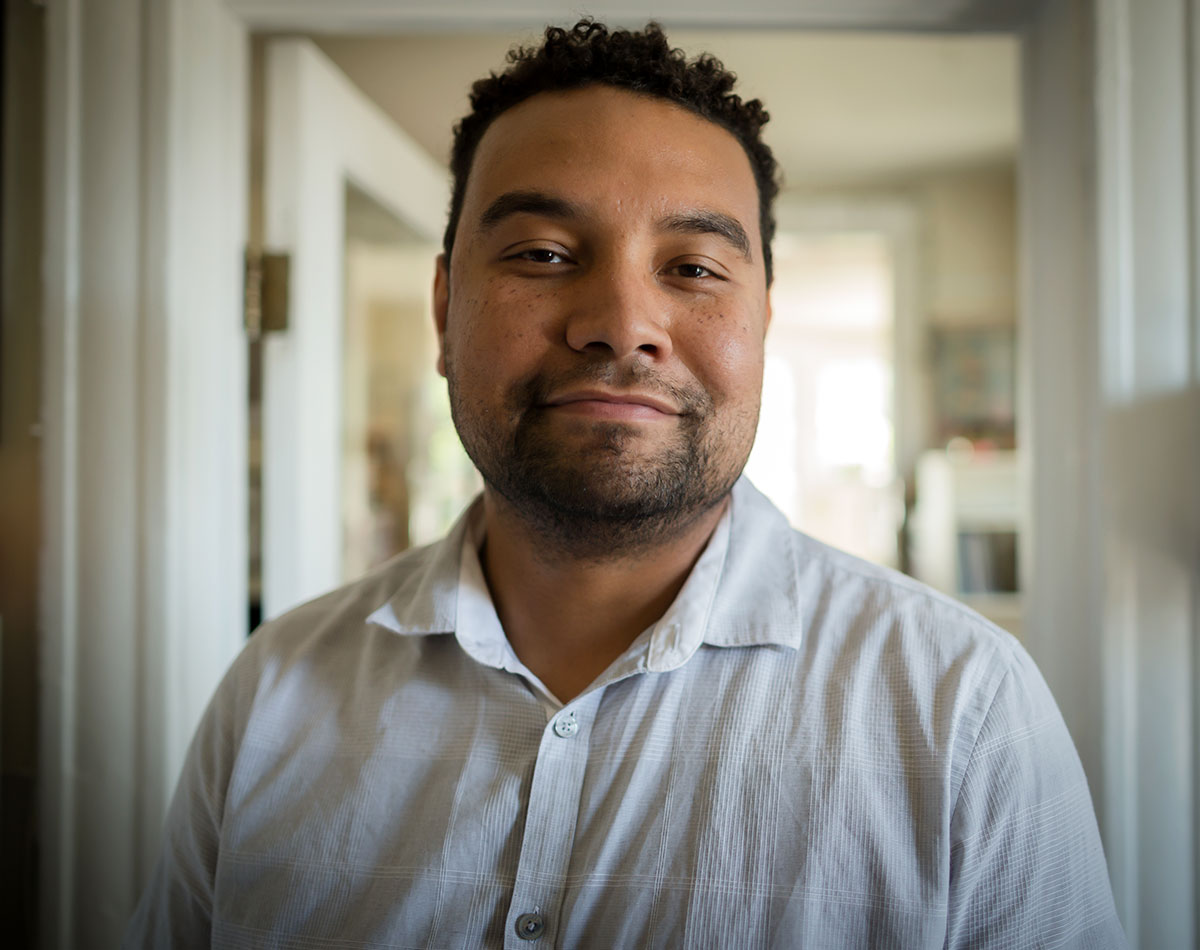 When it got difficult finding an editor who fit his wavelength and someone he’d feel comfortable collaborating remotely over, Shaw decided to edit Let the Little Light Shine by himself. “The pandemic has made me don more hats. It’s great because I know my footage the best, it lets me sit with my story,” he adds.

Reichert and Bognar are ready to fight through these bleak times. “We’re having to work from home and are finding comfort in collaborating with younger, healthier filmmakers. So we spend less time in the field, more time on the phone. It can be made to work and you can’t let anything stop you. There’s always a way.”

Aman and Zeshawn Ali, too, have found comfort in finding a community that holds their back. “This is our first film and everyone we know in the community has told us that we are not alone in our struggles. The whole community has banded together and we’ve been inspired to believe that this is, indeed, the best time to take our story into the world,” they sign off. 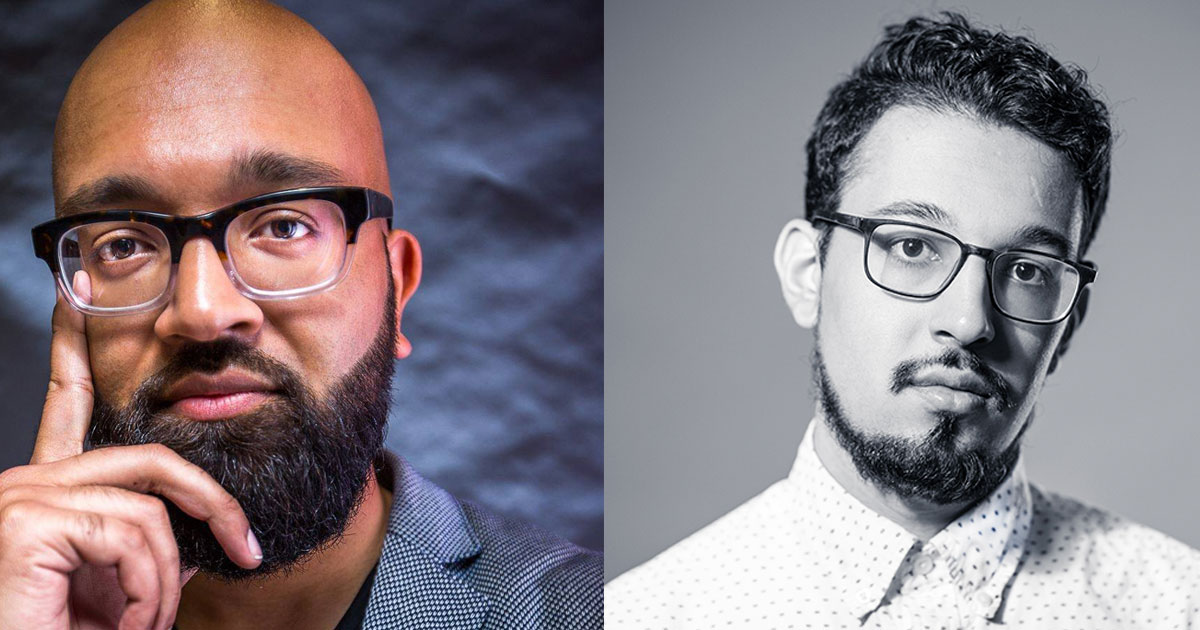 For Levison and Risius, these months of the pandemic have been a reckoning. “We’ve always said, ‘We can go back and get that,’ when we were shooting our film. This time has heightened our awareness and made us confront the ethics and power structure we’re all a part of and the things we often take for granted,” they said.

"We as filmmakers have to emerge out of this and tell stories of people who have persevered.”

Robie and Alejandro Flores are just beginning to step out and film a few last scenes, covered in PPE and standing far apart from their subjects. As much as they miss the way things were done before the pandemic hit, the overlapping, growing movement for racial justice has made them more confident in their voice. They write, “We are emboldened to hold the gatekeepers of the filmmaking community accountable. This is the time to break down the walls and make space for Black, Brown, and Indigenous filmmakers to create.”

Shaw, too, is ready with his post-pandemic manifesto: “I have asked myself, ‘Does this film even matter anymore?’ over and over again and the answer has always been yes. The stories we tell are relevant during and after the pandemic. Racism, injustice, inequity, the struggle for basic rights, are all alive and we as filmmakers have to emerge out of this and tell stories of people who have persevered.” 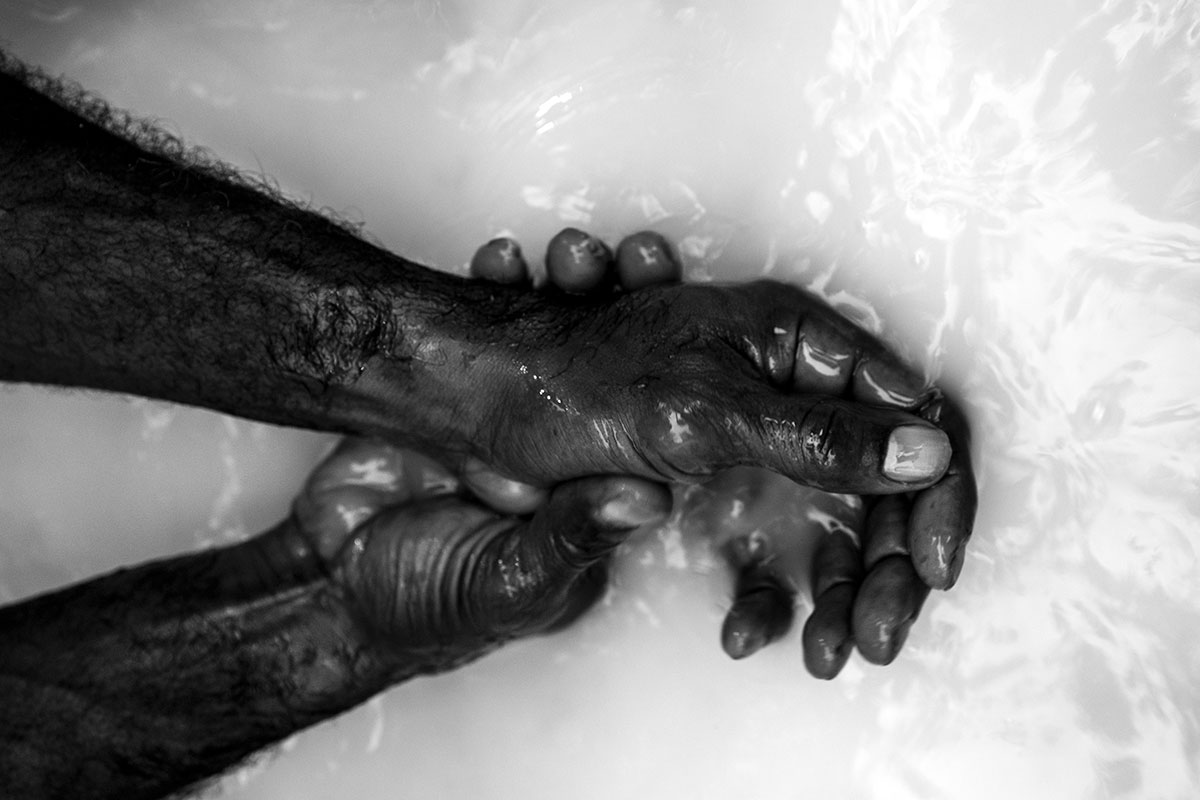 Bedatri D. Choudhury works with documentaries and is a culture journalist. She lives in New York City.