When the New York City Fire Department tried to push women out of firefighting, Brenda Berkman pushed back. 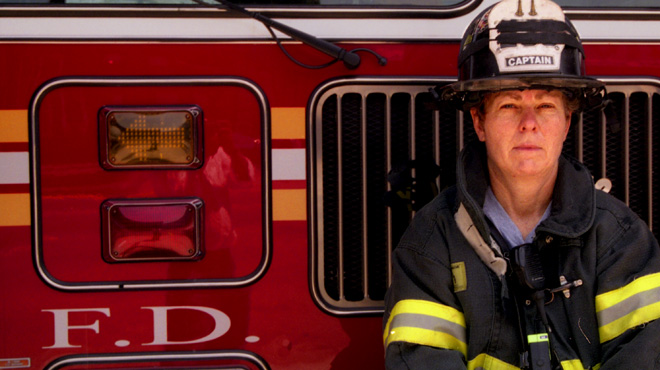 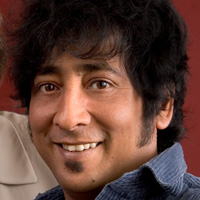 Anirban Roy was born in India and moved to Los Angeles in 1993. After earning a master’s degree in documentary production from the University of Southern California, Roy began his career as an editor for network television shows. Over the next 11 years he went on to direct the award-winning documentaries Pepino Mango Nance, For Here or To Go? and Six Weeks.… Show more Each of Roy’s films, including Taking the Heat, has examined the lives of the marginalized; Pepino chronicles the life of an illegal immigrant in Los Angeles; For Here or To Go? depicts the dilemmas faced by an international student in America; and Six Weeks explores a rehabilitation program for at-risk youth in crime-ridden Compton. Show less 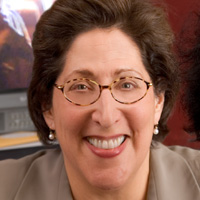 Barbara Multer-Wellin’s work as a documentary writer and producer has aired on HBO, Showtime, PBS, the Discovery Channel, UPN, Lifetime, Fit-TV, TBS, and TLC. She most recently produced Taking the Heat: The First Women Firefighters of New York City, narrated by Susan Sarandon, for the 2006 season of Independent Lens. Multer-Wellin was nominated for two… Show more News and Documentary Emmy Awards (in writing and research) for HBO’s Violence: An American Tragedy. She also produced Funny Is Money: Comedy In The 20th Century, directed by Norman Jewison for Showtime; two seasons of The Justice Files, one of the Discovery Channel’s highest-rated series; 16 hours of global wildlife adventure for World Gone Wild: War Games for TBS; Speaking of Women’s Health for Lifetime; and 13 hours of the fitness/nutrition makeover series Ultimate Goals for FitTV. Show less

What if your gender prevented you from applying for a job, and once you were allowed to apply, the rules changed to make it impossible for you to qualify? What if you took legal action to be considered fairly for the job but then faced overwhelming discrimination and hostility from your co-workers? Welcome to the world of Captain Brenda Berkman and the first women to join the New York City Fire Department.Taking the Heat: The First Women Fire Fighters of New York City tells the story of Berkman and the small group of women who dared to want a “man’s job.” Through one-on-one interviews, filmmaker Bann Roy exposes the loneliness, violence, and even sexual abuse these women endured to serve their communities.

As NYC emerged from financial crisis in 1977, the New York City Fire Department lifted an 11-year hiring freeze and began advertising for new recruits. With the passage of the Civil Rights Act of 1964, the FDNY was legally required to allow women to apply for the job of firefighter for the first time in history.

The FDNY reacted by unveiling a new firefighter entrance exam. When 90 out of 400 eligible women took the new physical test, all of them failed. Brenda Berkman, a marathon runner and a law student at New York University was among them.

Rather than walk away quietly, Berkman sued New York City and the FDNY for gender discrimination on behalf of women applicants — and won. The city was ordered to give the women a revised test — dubbed by many male firefighters as “the soft test” — and Berkman and the other women became instant targets for derision and anger from city officials, residents, and even co-workers. Male firefighters allegedly tampered with the women’s safety equipment, sometimes even bleeding the oxygen out of their air tanks.