ITVS is pleased to announce the recipients of the ITVS Humanities Documentary Development Fellowship. These 20 fellows will each receive a 12-month unrestricted stipend, a one-on-one relationship with an advisor working in the humanities to strengthen their proposed projects, and a series of programmatic sessions hosted by ITVS on best practices in documentary filmmaking, including topics such as ethics and accountability, archival research, rights and licensing, and story development.

Over the course of the one year program, the 20 fellows will be developing projects grounded in perspectives from diverse communities across the country, and that explore a variety of humanities-centered subjects. These intersectional stories will span a broad range of formats and focus on: the nation’s rich cultural and ethnic identities; the reclamation and preservation of Indigenous cultures; the exploration of questions on gender and LGBTQ+ rights; and labor history and labor rights. The fellows will highlight the unique artistic contributions of diverse Americans, aim to restore forgotten and omitted history, and tackle questions of justice and ethics.

Read more about this program here: ITVS Launches NEH-supported $1.7 Million Fellowship for Independent Filmmakers and Advisors Working in the Humanities 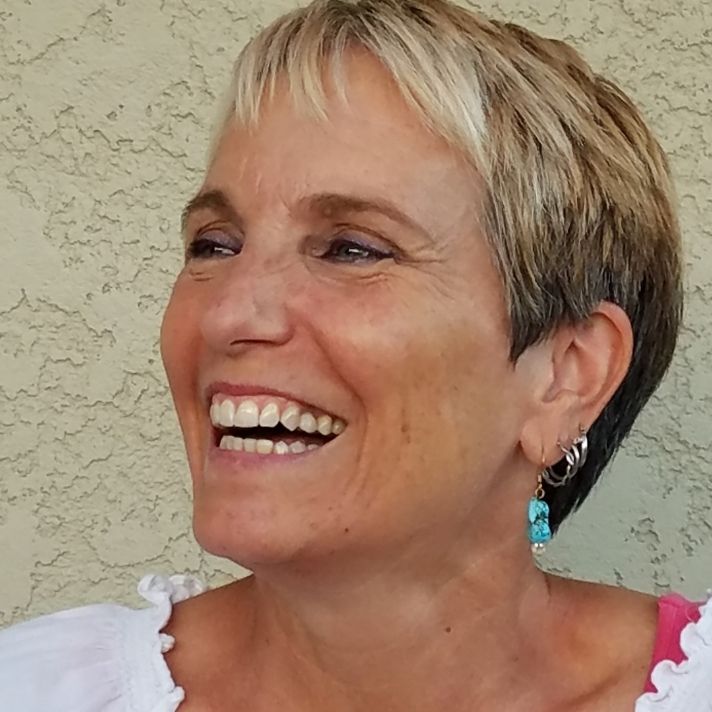 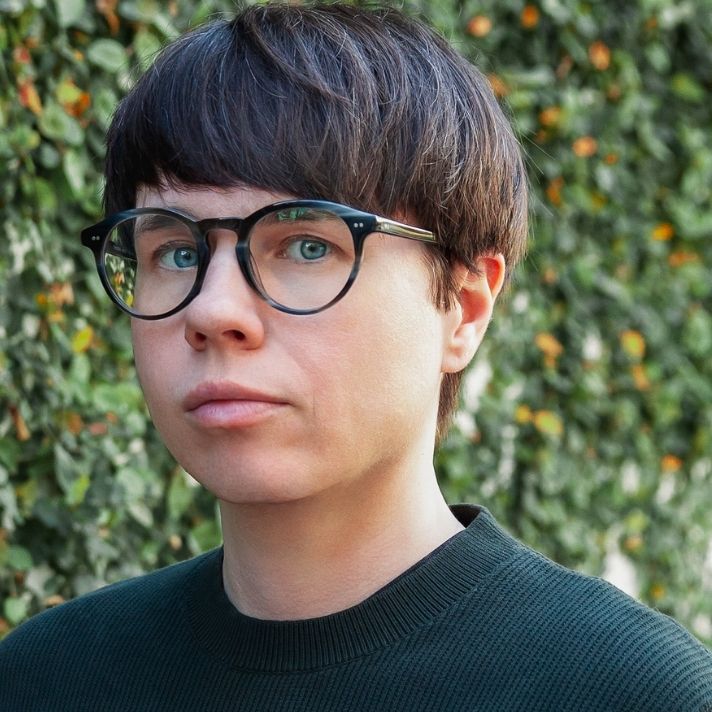 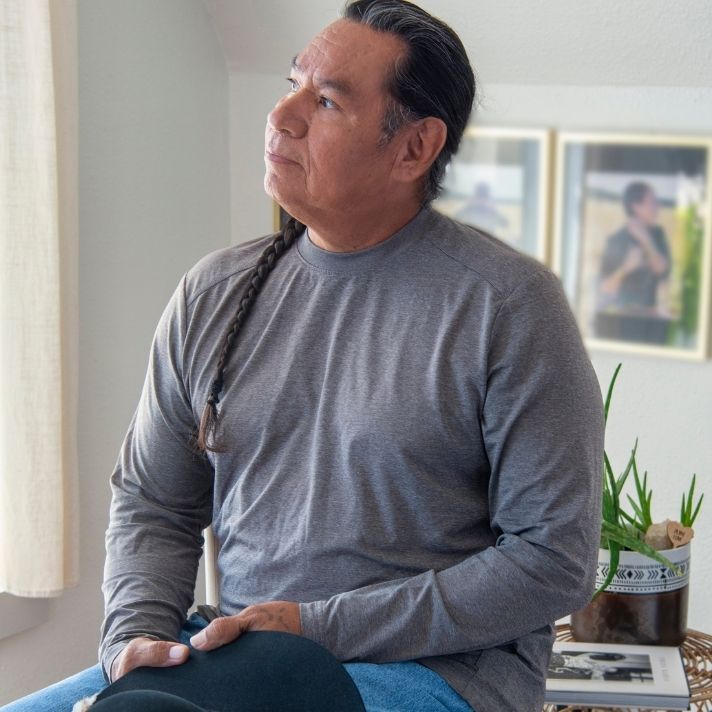 Christiane Badgley is a documentary film editor and director whose work focuses on social justice issues. She began her career collaborating with acclaimed African American filmmaker Marlon Riggs (Tongues Untied, Black Is…Black Ain’t) and has since worked on award-winning films and multimedia projects in Africa, China, Europe, and the U.S.

Aubree Bernier-Clarke (they/them) directed the documentary short A Normal Girl (2019), about intersex activist Pidgeon Pagonis, which won the Grand Jury Award at the United Nations Association Film Festival. As a cinematographer, Aubree shot the documentary Framing Agnes, which won the NEXT Innovator and Audience awards at Sundance 2022.

Kelly Byars is a Choctaw artist and filmmaker originally from Oklahoma. He has worked as a filmmaker for over 25 years, recently producing The Mayors of Shiprock, a feature documentary distributed by PBS and World Channel. In 2021, Kelly was named a Native Media Alliance Feature Filmmaker Fellow, completing his first feature-length screenplay. 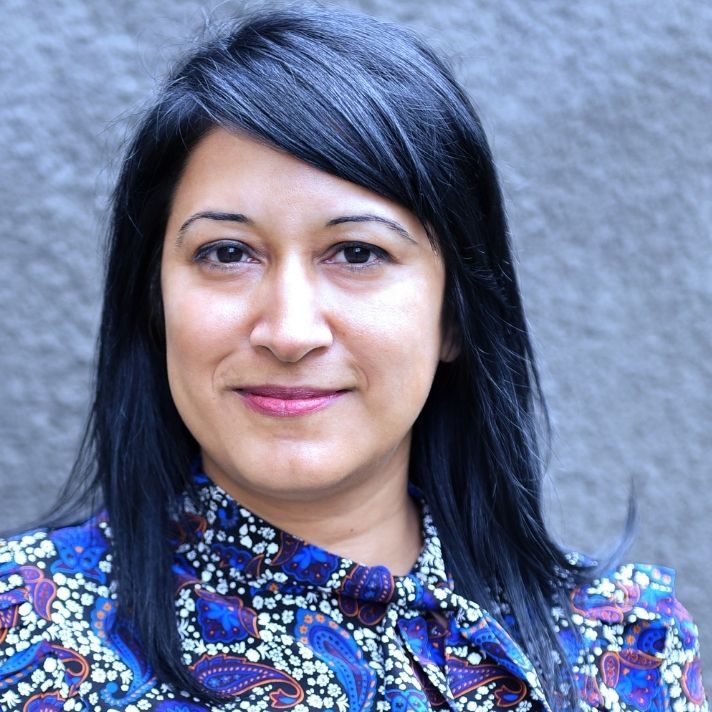 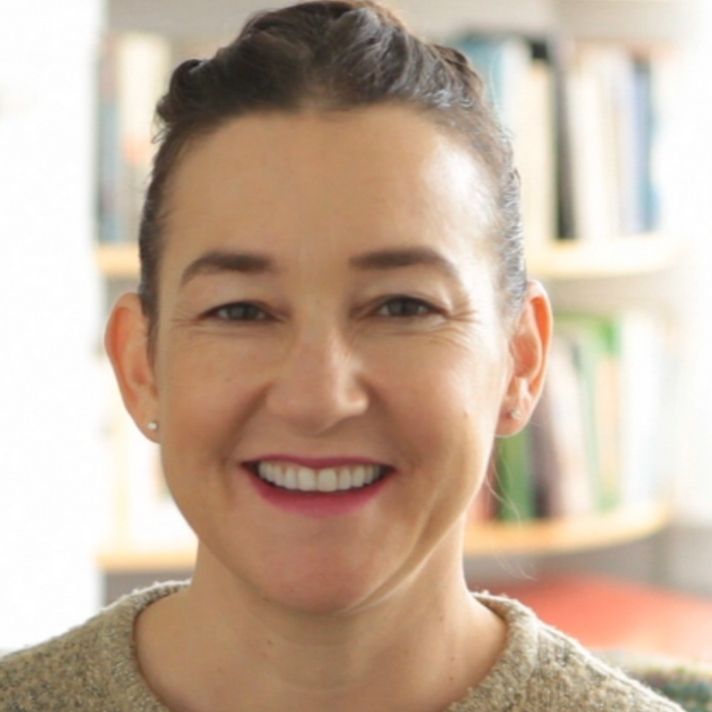 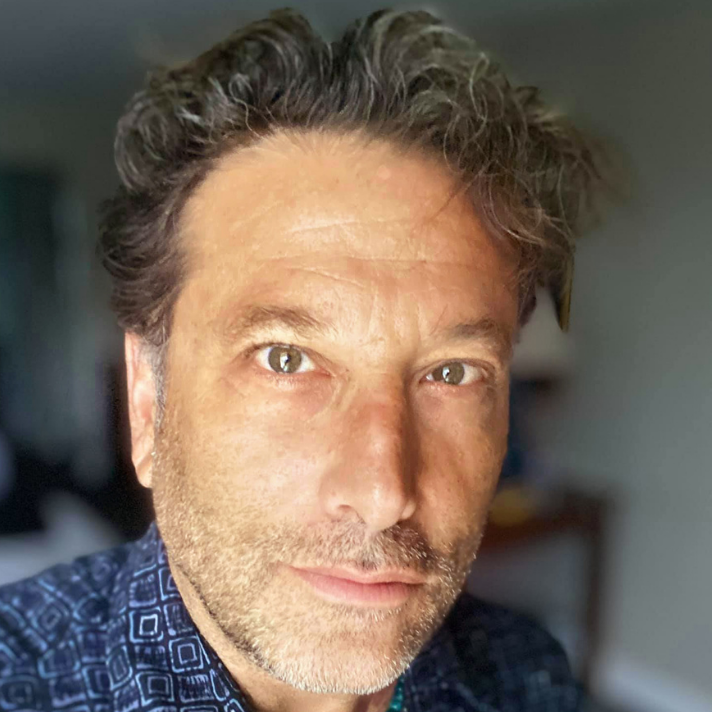 Mridu Chandra is a producer of award-winning documentaries and fiction films. Recent projects include Becoming Cousteau (nominated for a BAFTA) and Cured. Her expertise as an archival media researcher and clearance specialist has additionally served numerous films and Broadway productions. Saund vs. Cochran marks her directorial debut.

Arwen Curry’s Hugo-nominated documentary Worlds of Ursula K. Le Guin premiered at Sheffield and aired on PBS’s American Masters. She was AP/Archivist for Eames: The Architect and The Painter, American Jerusalem, Regarding Susan Sontag, and KQED’s QUEST, among others. Arwen is a former editor of Maximum Rock‘n’Roll. She is a Bay Area native and a graduate of the UC Berkeley School of Journalism.

Rodrigo Dorfman is a Latino, North Carolina-based writer, activist and visual storyteller, known for his work documenting the emerging Latino immigrant community in the South through non-extractive, community-centered cultural practices. Quaranteened, his latest documentary, will air on PBS’s Reel South on April 25, 2022. 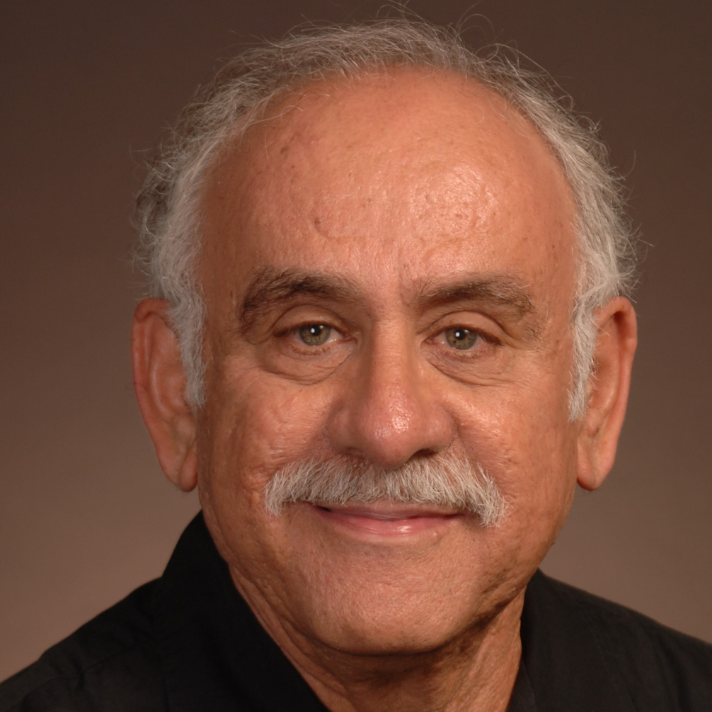 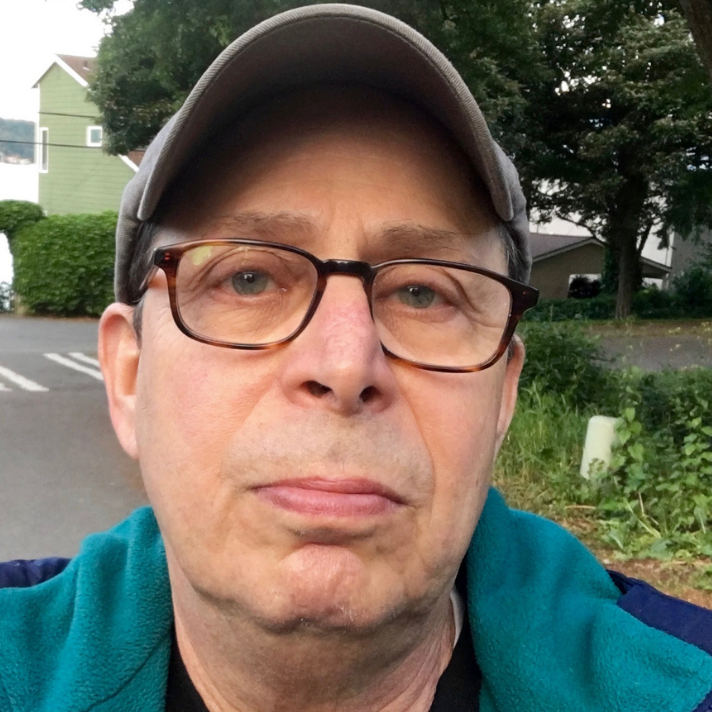 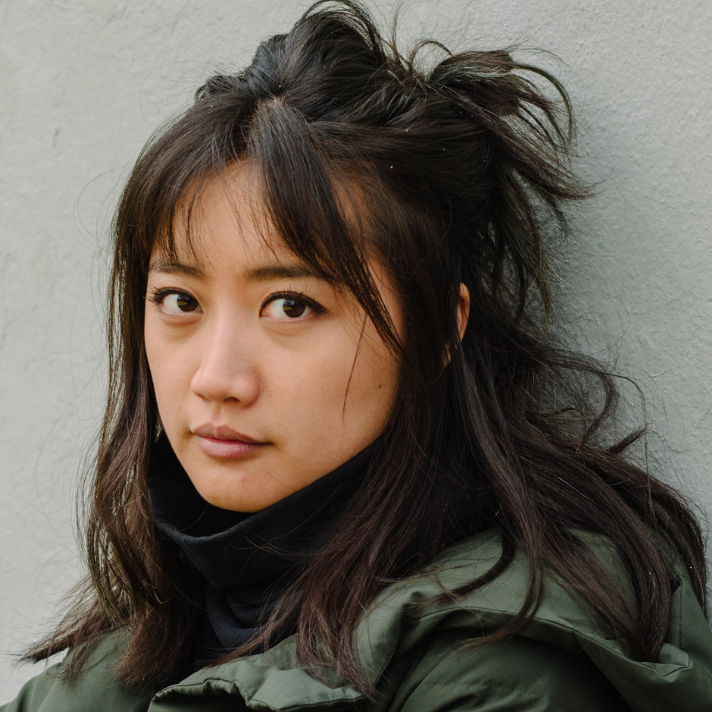 Paul Espinosa, an award-winning filmmaker working at the intersection of social justice and Latino history, has screened at festivals around the world and won many awards including eight Emmys. His films capture the transformative energy of the men and women of the U.S.-Mexico borderlands, both past and present. Espinosa holds a Bachelor of Arts from Brown University and a doctorate in anthropology from Stanford University.

Steven Fischler is a recipient of numerous awards including a Guggenheim Fellowship, Emmy Awards, Cine Golden Eagles, and the John Grierson Award for Social Documentaries. He and Joel Sucher founded Pacific Street Films and they have produced documentary films for many venues including the U.N., the BBC, and commercial and public television.

Ash Goh Hua is a filmmaker from Singapore, based in New York. Their work aims to challenge dominant ideologies and imagine liberated worlds. Ash has received support from programs by Sundance, Jacob Burns Creative Culture, NYFA, and more. Their films have been distributed by PBS, The New Yorker, and Third World Newsreel. 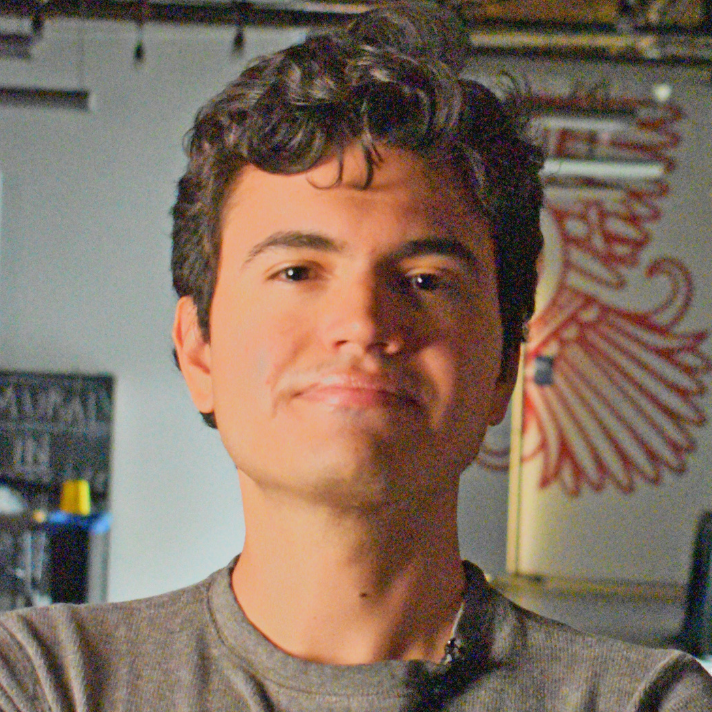 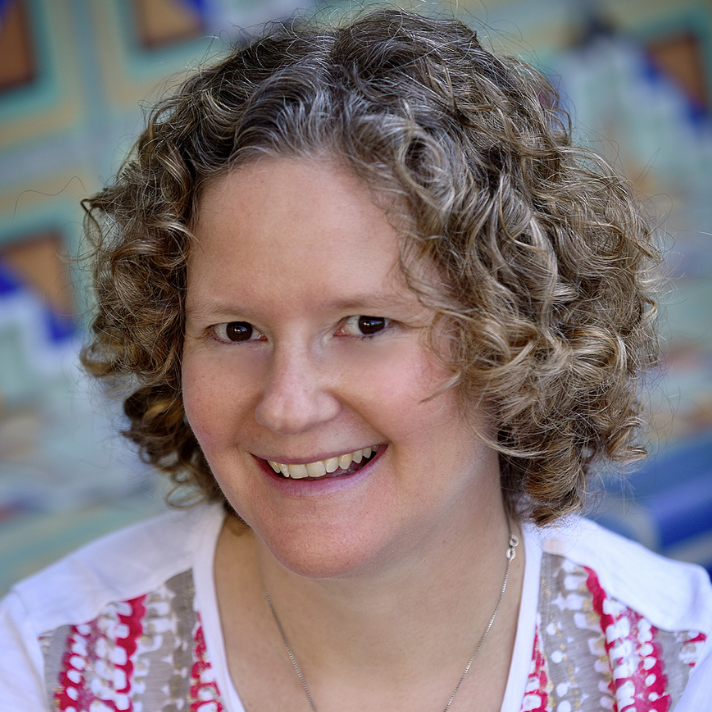 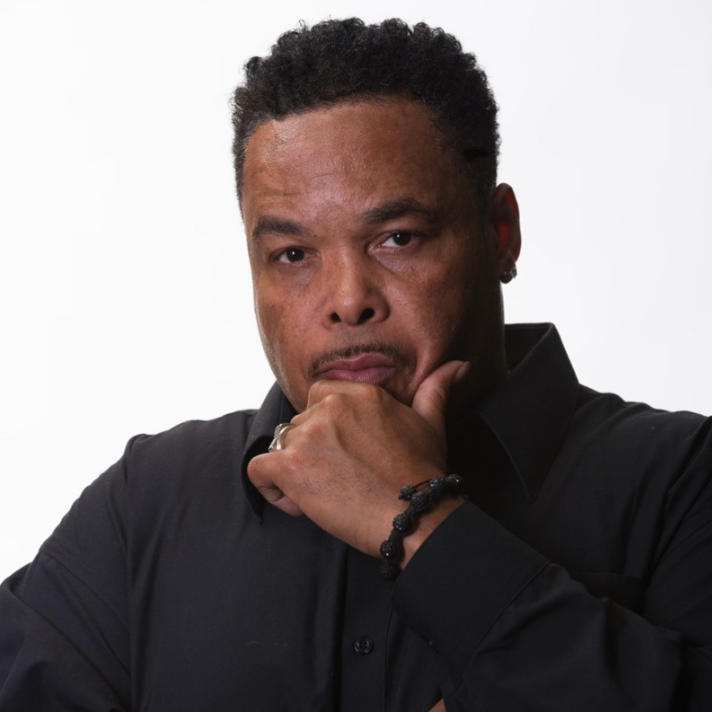 Rubén Guevara III is a Los Angeles-based documentary film producer specializing in nonfiction storytelling. His most recent project, Con Safos, was featured on PBS SoCal's Artbound, which chronicled the Chicano arts and culture experience in L.A. Rubén's work explores the intersection of race, politics, and inclusion.

Betsy Kalin is an award-winning director/producer/writer at Itchy Bee Productions who believes in the power of storytelling to create change by inspiring dialogues and challenging perceptions. She is currently developing the documentary Dreaming in Somali. Her past films include the Emmy-nominated Vision 2030, and the award-winning East LA Interchange, Chained!, Hearts Cracked Open, and Roof.

Ricky Kelly, a lifelong lover of documentaries and hip hop, is a resident of Durham, North Carolina. He attended St. Augustine University and the Center for Documentary Studies at Duke University. He is currently working on Humble in the Jungle, a documentary film starring Mike Gee of Jungle Brothers, and previously completed Black Beach/White Beach: A Tale of Two Beaches. 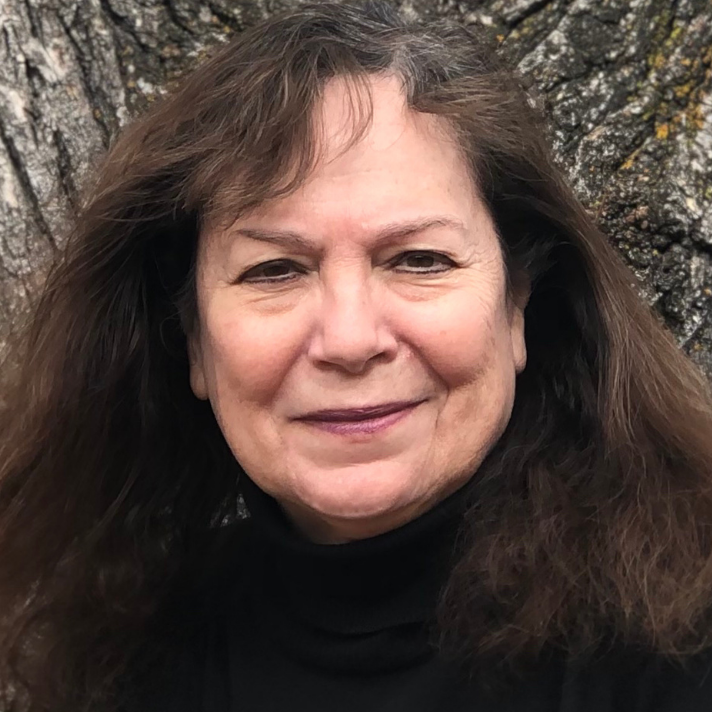 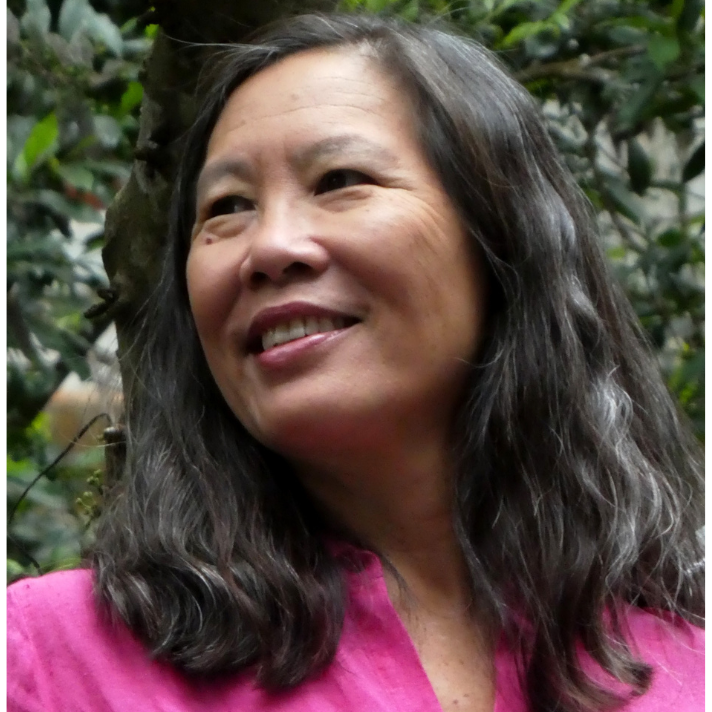 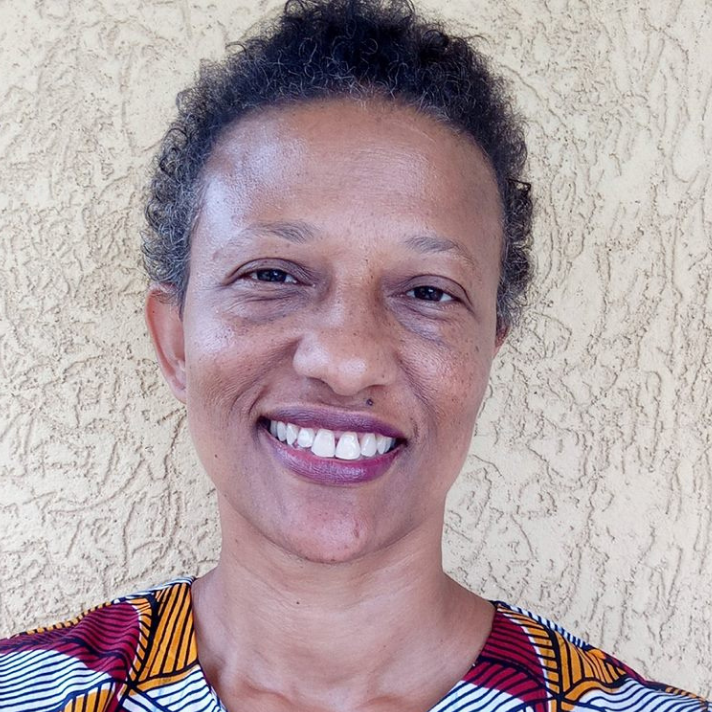 Gemma Lockhart is Colorado-based and a veteran of public and commercial television productions. Her films have been selected at the American Indian Film Festival in San Francisco, the Haudenosaunee Film Festival in New York, the Black Hills Film Festival, and at the first Indigenous Summit of GEO, the Group On Earth Observations.

Robin Lung is a documentary filmmaker with deep roots in Hawaiʻi. Her broadcast work includes Washington Place: Hawai‘i’s First Home, about the legacy of Hawaiʻi’s Queen Lili‘uokalani and her personal home, and Finding KUKAN, about her discovery of a lost, Oscar-winning film and the woman from Hawaiʻi who produced it. She is also a proud member-owner of the distribution cooperative New Day Films.

Karen Marks is an award-winning filmmaker originally from Jamaica, based in New York City. Her work has been showcased internationally, including at IDFA, BFI London Film Festival, Al-Jazeera International Documentary Festival, and FESPACO, the Pan African Film Festival. Her 2014 film, The Price of Memory, follows a group of Rastafarians in Jamaica who sue Queen Elizabeth II for slavery reparations. 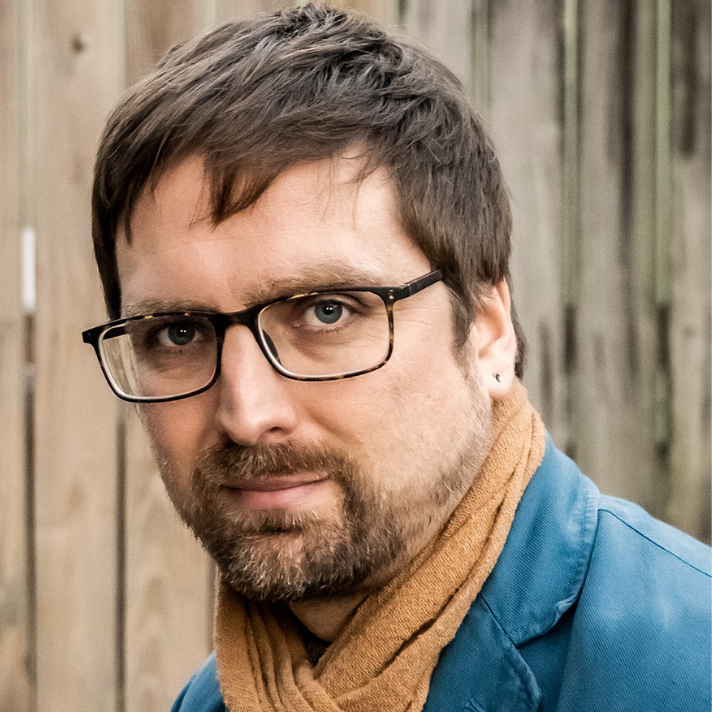 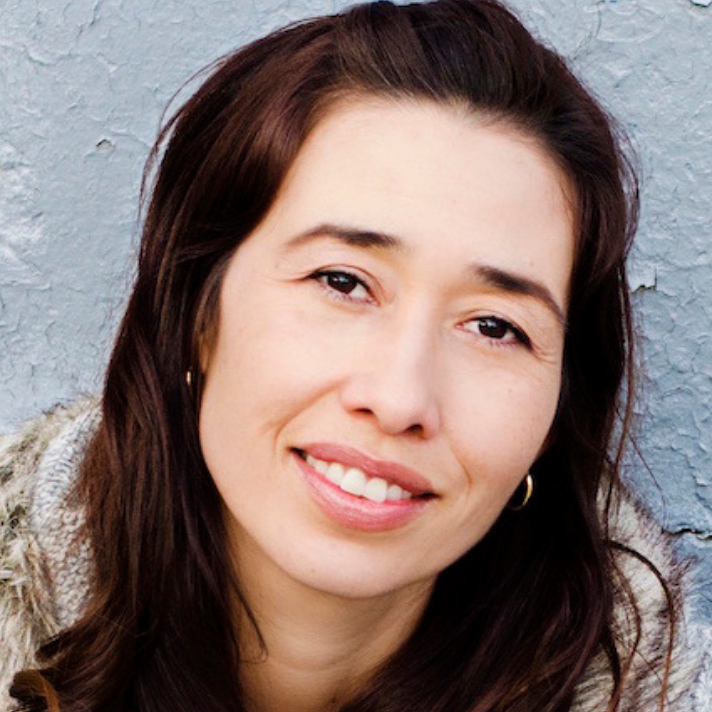 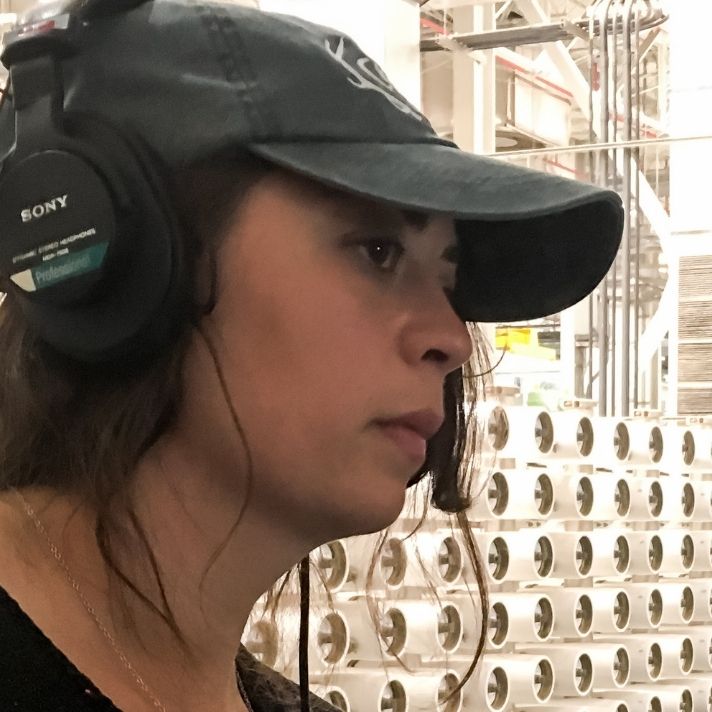 Sarah Del Seronde is a nonfiction filmmaker from the Navajo Nation. She was awarded a Master of Arts in American Indian studies from the University of Arizona. She founded Aboriginal Lens to produce contemporary stories as a continuation of oral traditions. Language vitality and cultural wisdom are important themes in her films.

Elivia Shaw is an award-winning filmmaker. She is interested in using intimacy and personal narrative to question our larger social structures. Her films have screened and won awards at major festivals, and she has worked on series and feature films for HBO, PBS, and Al-Jazeera. She holds a Master of Fine Arts in documentary film from Stanford University.. 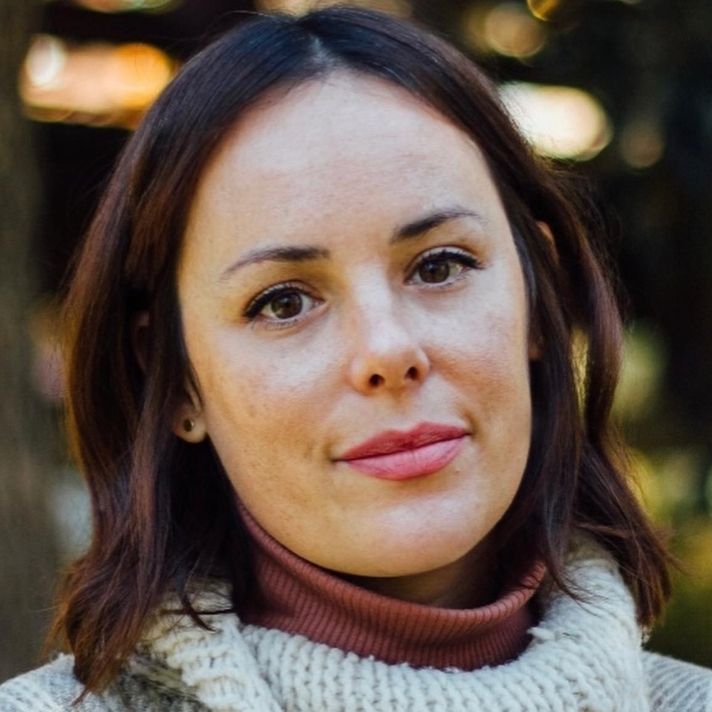 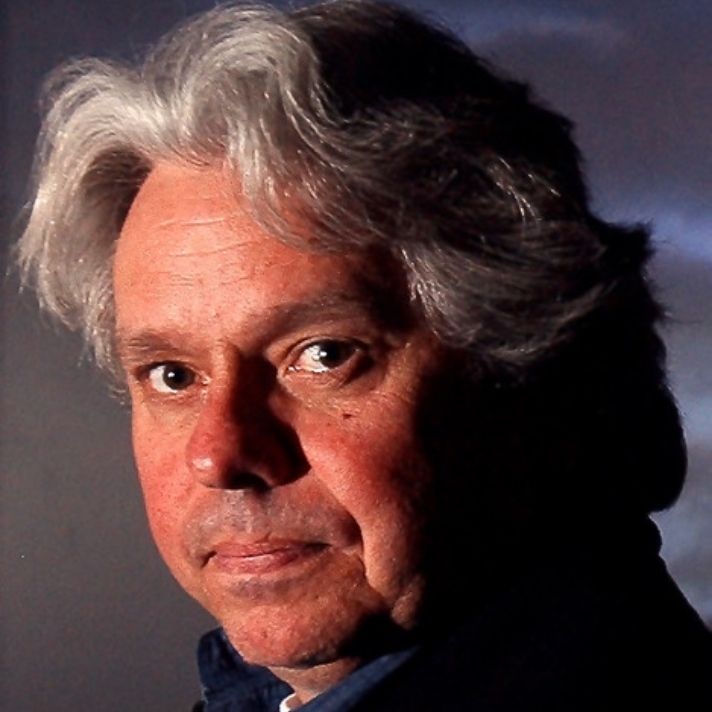 Pilar Timpane is a filmmaker based in Durham, North Carolina. Her work explores religious communities, women’s lives, and migration. She co-directed Santuario (ReelSouth and Al-Jazeera’s Witness), named Best Documentary Short at New Orleans Film Festival. She is an alumna of IF/Then Shorts and Women in Film. Her project on the changing role of women in the Catholic Church will be her first feature as director.

David Vassar has enjoyed a distinguished career as a documentary filmmaker focused on the natural world and environmental issues. His programs feature national parks and their history, new parks in underserved communities, historic sites that honor diverse cultures, and national campaigns for the preservation of existing parks that are threatened by development and the impacts of climate change.