ITVS has had the privilege of funding three of Debbie Lum’s projects, resulting in a 10-year working relationship.

Debbie Lum explores acutely personal topics, picking apart cultural stereotypes in the interest of probing at the heart of the story – be it a niche, autobiographical story or one that reflects broader histories. Throughout her self-reflective, DDF-funded My Tiger Mom, Lum seeks to place herself and her children within a larger context of Asian American mothers and daughters. Her 2013 Seeking Asian Female (which aired on Independent Lens) sought to unpack intimate intricacies of a different trope – that of white men and fetishized Asian women. Try Harder! is Lum’s most recent ITVS-funded project, a piece that delves into the crushing academic pressure felt throughout a predominantly Asian American high school in San Francisco.

Amidst all her ongoing work, Lum was gracious enough to answer some questions with ITVS in celebration of the Diversity Development Fund.

CP: What does it mean to you to be funded specifically in the name of diversity?

Debbie Lum: I was coming of age when Spike Lee’s Do the Right Thing came out and watched in theaters how African Americans were always front and center in his films. I’m 4th-generation Chinese American with roots in Hawaii and New York, but grew up in a predominantly white suburb of the Midwest. Long before I started making films, I always felt like being Chinese American was front and center in who I was and how I saw myself. Being different–being a minority–was my reality.

So Spike Lee’s films that looked squarely in the eye at race relations, difference and diversity, that many wanted to look away from, really resonated with me. Films where diversity is front and center in filmmaking, such as those supported by the Diversity Development Fund, are naturally those that resonate with me.

How has partnering with ITVS served you, both in the context of funding (Diversity and Development Fund) and broader support?

ITVS not only supports independent filmmaking but also supports independent filmmakers. Their support, encouragement, and adaptability is on full display in my case. ITVS came on as a Lincs partner on Seeking Asian Female. ITVS then selected My Tiger Mom for a DDF. The film took twists and turns. Eventually, when my new project Try Harder! emerged, ITVS awarded it Open Call funding.

During the process, I felt like ITVS supported me and encouraged my projected not merely with a keen eye on the broadcast audience but also on developing my work as an independent director.

Your work explores personal topics – intimacy, relationships, romantic transgressions, fetish, adolescent pressure, objectification, mental health, and parenthood, just to name a handful. What is it like portraying stories that hit so close to home for your subjects, your viewers, and yourself? 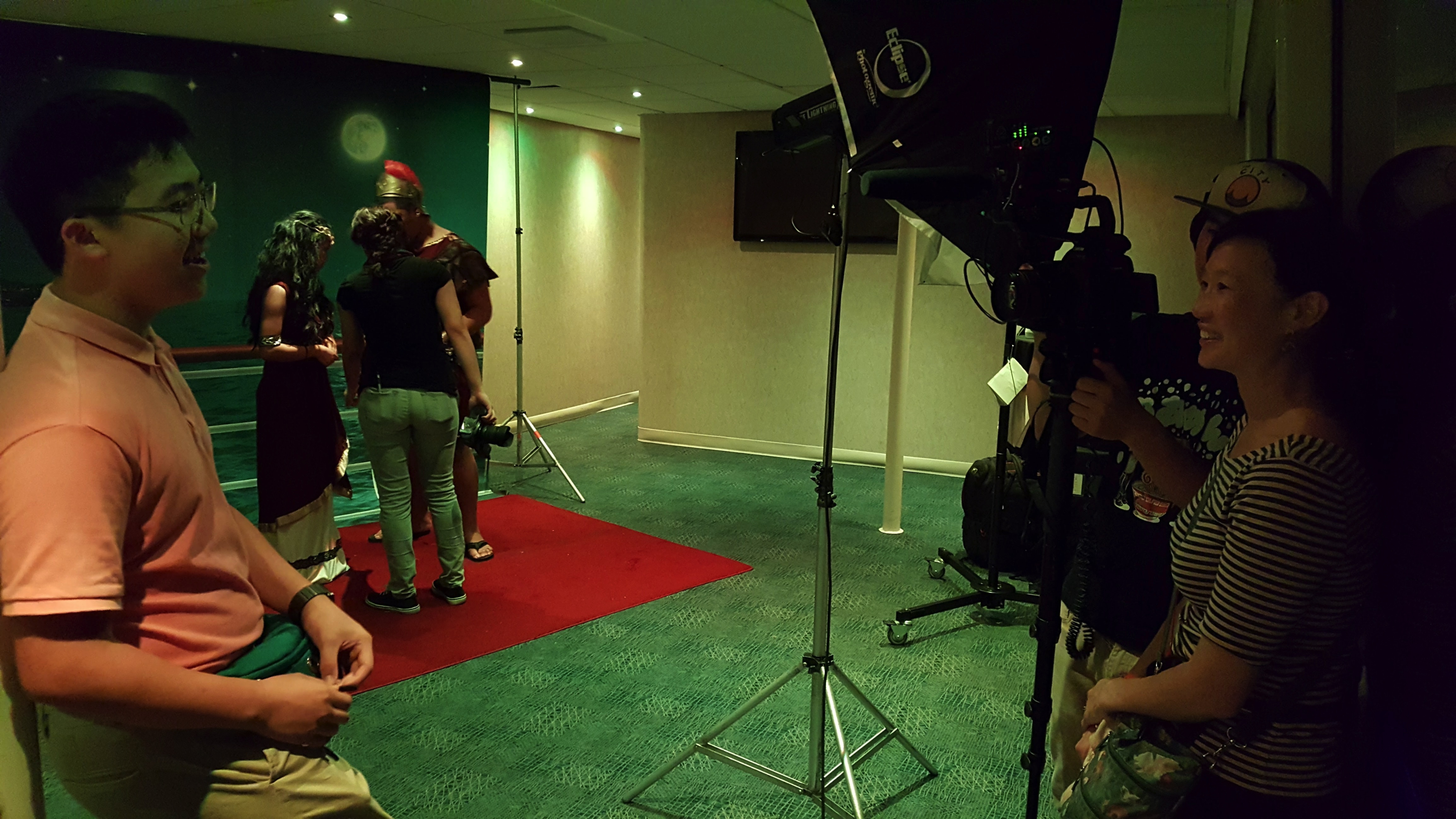 How do you gain such great access to and trust from your subjects?

It takes a lot of time to build trust with my film subjects. So it helps to find people who naturally want to be filmed and don't need convincing. But as a rule, I also respect my subjects' wishes while filming. Sometimes we filmmakers get stuck trying to get the perfect scene, but it’s more important to film our subjects when they feel comfortable and open to being filmed. There will always be another opportunity and the next time might be under much better circumstances. Knowing [that] the people I film have allowed me to tell their story makes me genuinely appreciate their courage and their openness. Since we both want the story to be told it makes that often-very-difficult telling of a challenging subject matter more possible.

Seeking Asian Female was not necessarily about you, and instead was about a trend close to your own life. What spurred you to then produce My Tiger Mom, a very personal and seemingly self-reflective project?

Documentaries are hard enough. I really can’t tell a story I don’t feel passionate about. After Seeking Asian Female was released I wasn’t about to jump back into one. But right before Seeking Asian Female came out, I became a mother. All around me, my sisters and friends with children — whether their kids were high school age, pre-kindergarten or in the womb (!) – seemed to be in a parenting panic about how to get their children into college. 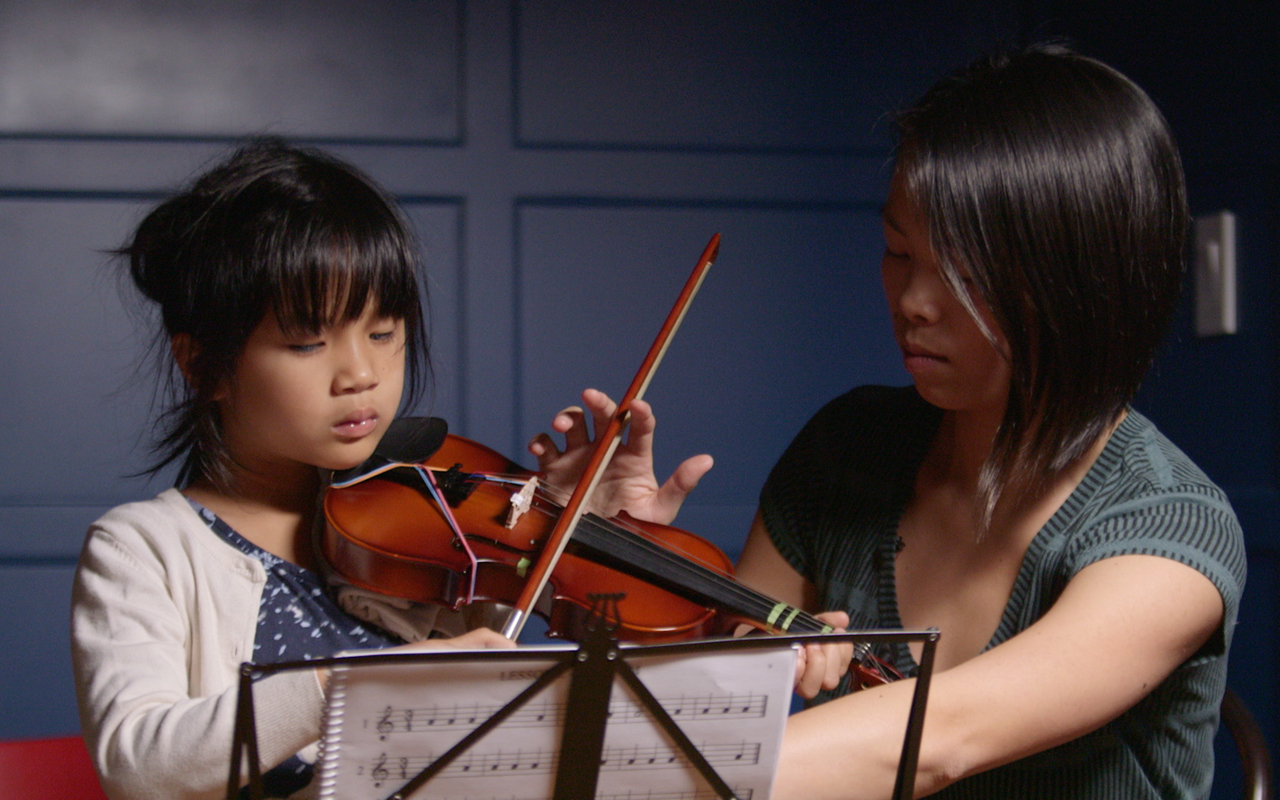 from My Tiger Mom

I met a mother who immigrated to Silicon Valley from mainland China and had a daughter in high school. Their story inspired me to make a new film. They got cold feet. I searched for new subjects but all the moms I met — who were dying to see a film about a subject matter that cuts to the core of our identity as Asian Americans — would say, I’m not a "tiger mom; you should film her.” Exasperated, I realized that telling the story as a personal journey might be the only way possible.

Then as I was filming one chapter of My Tiger Mom at Lowell High School, San Francisco’s prestigious public high school and "tiger mother" central, a new film emerged. The students or “tiger cubs” of this school which is over 70% Asian American, opened up to me and I could tell they were dying for their story to be told. When teachers and administration welcomed our filming, I could not say no to telling their story.

We jumped into filming seniors through their last year of high school as they tried to get into their dream college at this iconically Asian American public school. Thankfully, ITVS came on board to support me. That is how my current documentary Try Harder! developed.

"When stories of our diverse communities don’t get told, often stereotypes fill in for the missing information. Unlike stereotypes, stories are complicated, nuanced and have layered meanings."

Your work seems to use large amounts of footage of people's lives, amassed over the years. How do you approach the process of picking what makes the final cut? Do you keep any particular priorities in mind when making these decisions?

Throughout our careful laborious pruning of footage, my editor and I are essentially looking for two things — moments that are alive or authentic and narrative beats that dramatically tell the story. Usually the latter ends up being the deciding factor, and the former makes those decisions hard.

As the child of a first-generation Chinese American mother and a white father, I have been captivated by your ability to extrapolate nuance from stereotypes and tropes. Could you say a few words about how you became interested in picking apart typecast personas, as well as how you think that might fit into the work of a specifically "diverse" filmmaker?

Stereotypes persist because they are one part true. Stereotypes cut across all communities. But when stereotypes negatively impact communities, it has to do with storytelling and the stories that don’t get told. When stories of our diverse communities don’t get told, often stereotypes fill in for the missing information. Unlike stereotypes, stories are complicated, nuanced and have layered meanings. Stories influence and are powerful. Asians have over 200 years of history in America, but our stories are few and far between. We need stories that tell not one part but the whole in all its beautiful and challenging complexity.

The feedback filmmakers receive from ITVS can play a pivotal role in the storytelling process. Talk about some of the feedback you have received from ITVS and your supervising producer.

My supervising producer on DDF both understood how Try Harder! split off from the originally funded project, My Tiger Mom, which often happens in development. She encouraged me not to abandon My Tiger Mom, but to consider it as a longitudinal study.

If you give other filmmakers one piece of advice based on your experiences, what would it be?

Get lots of support–you can’t make films alone. Documentaries are the art form with the longest gestation process and you will need lots of support to sustain you through the long haul.

Claralyse Palmer is an Oakland-based high school physics teacher, avid music fan, performer, writer, and (most of all) believer in the power of storytelling.