An embattled Somali Muslim father navigates his grief and confusion as his son serves a ten-year prison sentence for attempting to join ISIS in Accept the Call, an unflinching documentary feature by New York-based Singaporean filmmaker Eunice Lau. Lau’s visionary, compelling body of work tends to center on social justice, including Through the Fire, which was nominated for Best Short Documentary at AMPAS Student Academy in 2013. Accept the Call, which aired on Independent Lens earlier this year, was supported by ITVS Open Call and the Diversity Development Fund.

After his son, Zacharia (Zach) was radicalized by ISIL propaganda videos online, Yusuf Abdurahman, a refugee of the Somali Civil War, works tirelessly to raise awareness of the ongoing recruitment of young men within the Somali Muslim community of Minneapolis. In Accept the Call, Lau takes a look at the unique culture clash that exists between immigrant parents and their American-born children in an attempt to uncover why Zach would flee his family in America to join ISIS in Syria. 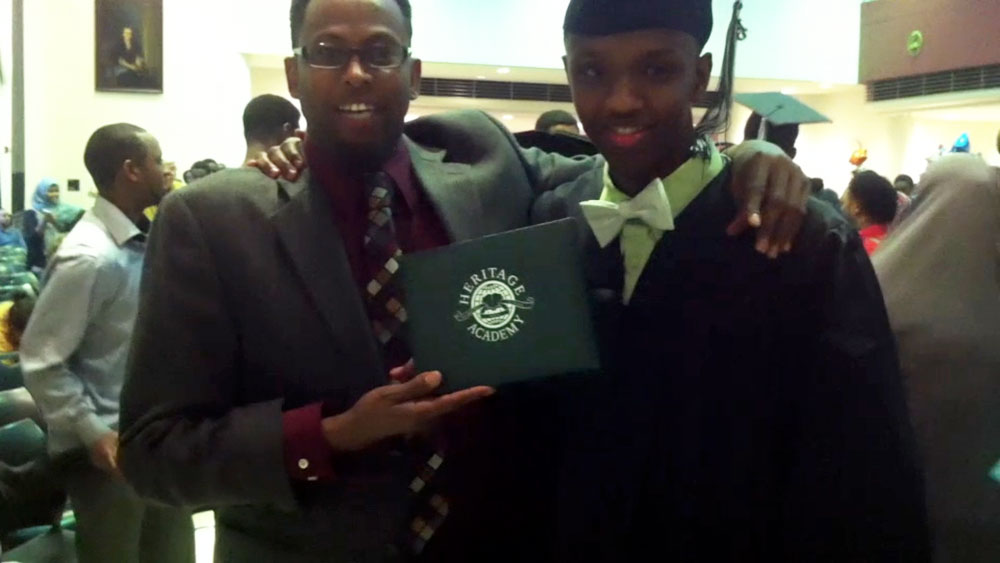 A child of divorce, Zach felt isolated and angry when he began his quest for meaning in Salafi, a fundamentalist branch of Islam. With his parents being of separate Muslim faiths, as a child, Zach felt that he had to choose which religion to follow. Yusuf listens to his son speak about being bullied as a Somali American boy as he tries to gain an understanding as to what set him on a path towards extremism.

As a father and son work to repair each other’s trust, a documentary filmmaker must also gain the trust of her subjects in order to get their full stories. We spoke with Eunice Lau about the increase in bigotry that Muslim Americans face today, how to draw an audience in using different cinematic techniques, and the risks involved when tackling the subject of terrorism.

Are there any life lessons that you learned over the course of making Accept the Call?

I have learned that every truth we seek to unearth, has unfathomable layers and depth. I came into this story with some hypothesis of what happened to Zacharia (Zach) that compelled him to leave home to join ISIS. But when I found out through the process of filming the deeper truths of why he did it, it broke my heart into tiny pieces.

That leads me to my second takeaway, which is that we should never judge or opine before we learn. Because the minute we do that, we stop learning. Instead of moving forward with knowledge, our minds will walk in its own shadow. I cannot think of a greater tragedy than that. It reminds me of the quote, “a mind is a terrible thing to waste."

Were there any risks that you encountered when filming?

There was always, at the back of our minds, that we and Yusuf could become targets of ISIS and their supporters. So we kept a very low profile on social media during the three years of filming. Fortunately, none of that happened. 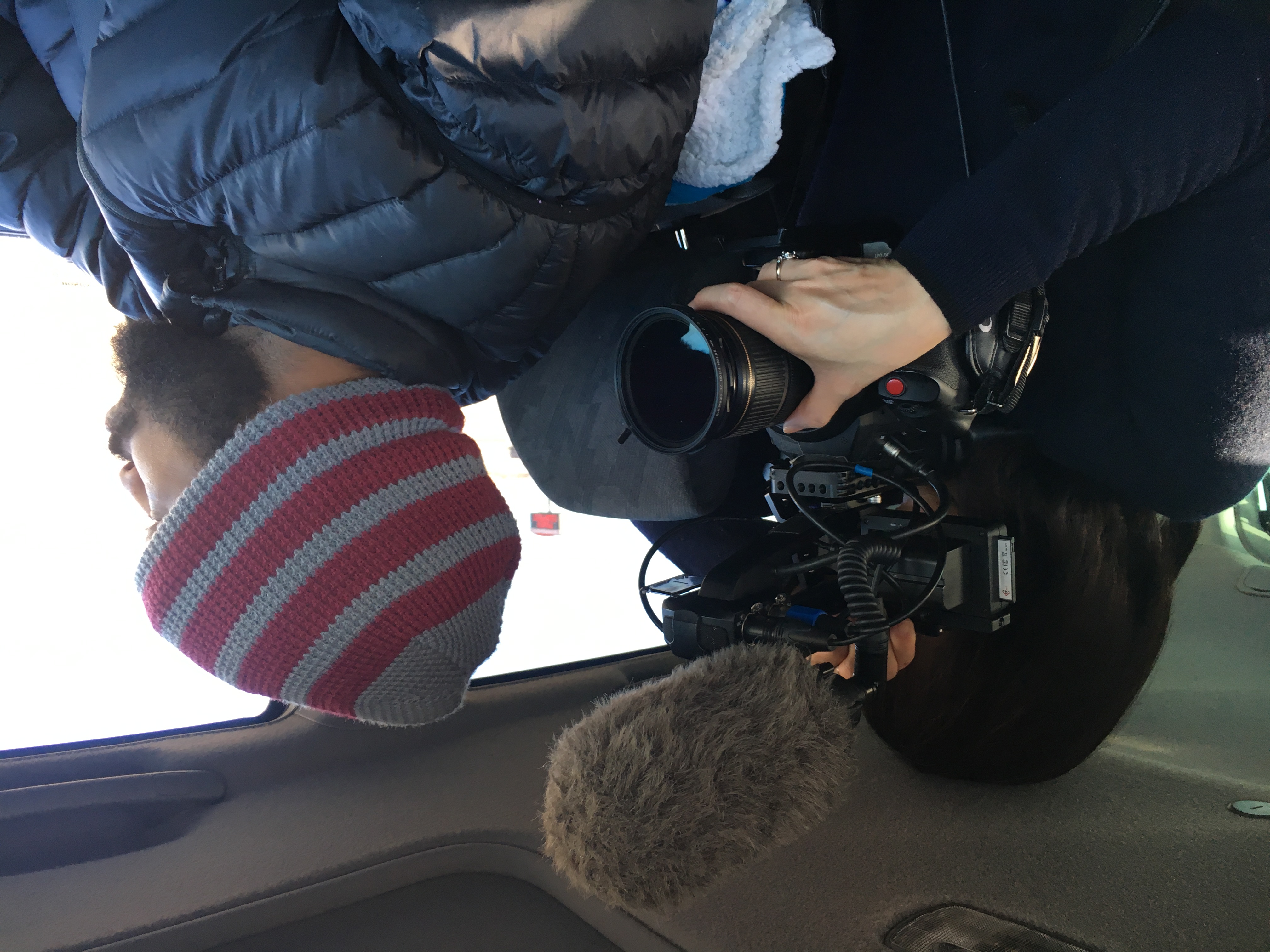 Are there ways that you personally relate to Yusuf or his family’s story?

My hyphenated identity has similar footprints as Yusuf’s family story. Like Yusuf, my ancestors were forced to leave China because of the conflict and ideology of the last century.  And like Zach, I went through a similar confusion of self while growing up as a Chinese-Peranakan Singaporean whose first language is English because of my country’s colonial legacy.

I left Singapore as a young adult and lived in several countries as a journalist before settling in New York City where I began my journey as a filmmaker. So I understand Zach’s desire to find a place where he can feel comfortable in his own skin and manifest his dreams.

It’s unfortunate that he was lured by the false promises of ISIS and was too young to discern between truth and propaganda. I didn’t realize until much later that my fascination with exploring conflict and identity has a lot to do with a desire to articulate the trauma of displaced people and their offspring. People like me.

Did you have any difficulty getting Yusuf, Tony, or Ikraan to open up about certain topics? Do you have any tips on gaining trust with your subjects?

I never did. And I think a lot of it has to do with trust and patience. I spent a lot of time getting to know them, and letting them get to know me and feel they can trust me with their stories before we get there – confronting difficult truths. Sometimes the deeper truth is found in between the lines and what is not spoken. It is just as important to watch the body language, besides listening well, and discern what the film subject is hiding or not saying, and asking the right questions to get there. 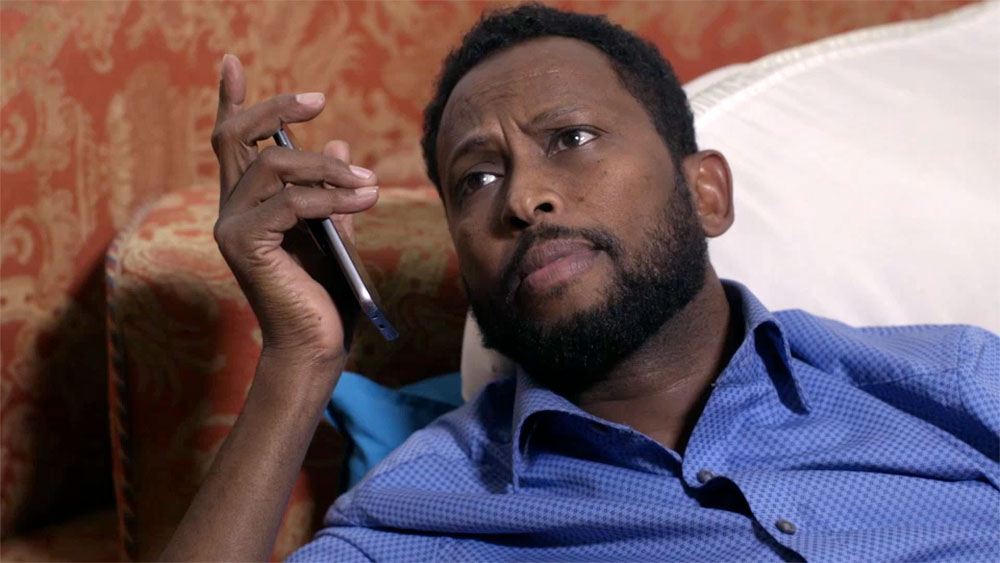 What message do you hope comes across to people from watching Accept the Call?

I don’t like to tell people how they should think, but I hope I’ve moved the audience sufficiently to empathize with Zach and his family and consider how the punitive laws and policies created after September 11 have not only led to the rise of bigotry against Muslims but made us as a society worse off. In my opinion, it set the stage for the rise of the reactionary forces, and the ongoing assault on democracies across the world.

Are there elements of documentary filmmaking that are often overlooked by the first-time filmmaker?

Sometimes in their earnestness to tell an urgent story, a first-time documentary filmmaker forgets the visual language of cinema they are working in, and the power of images to convey more than words can say.

Instead of telling your audience how they should think, you should focus on how you can convey the story in a way that creates a visceral response, an emotional bond between the audience and the film subjects. If the viewer gives you two hours of their time to watch your film, they deserve to be given the cinematic experience and be swept off their feet.

Narrative fictional films often borrow heavily from the documentary genre, even sub-heading it as “based on a true story” to give it credibility. Yet when documentary filmmakers employ techniques of fictional films they are frowned upon or penalized, as Errol Morris was by the Academy, when he pioneered the use of crime scene reenactment as a cinematic tool to help the audience process the contradicting interpretations of the witnesses in The Thin Blue Line.

“Sometimes in their earnestness to tell an urgent story, a first-time documentary filmmaker forgets the visual language of cinema they are working in, and the power of images to convey more than words can say.“

Morris recognizes the importance of documentaries in influencing social change, but to do that, we first need to grasp the audience’s attention to difficult themes and issues we explore by entertaining them in ways that draw them in. In my opinion, we should emulate him in spending more time creating the visual style of our documentary as cinema. I’m saying all this because I’ve made those mistakes before. I went to NYU, where I had the opportunity to learn from some of the greatest filmmakers such as Spike Lee, Ira Sachs and Carol Dysinger.

What aspects of filmmaking were most difficult for you in the beginning of your film career?

Fundraising. It is always a challenge for a first/second time independent woman filmmaker of color who has no representation or celebrity endorsement to gain the attention or confidence of funders. I’m very lucky that DDF [Diversity Development Fund] believed in me while I was still developing the story with no work sample to show.

Having ITVS on board is a huge endorsement, as it subsequently opened other doors for me. That is why DDF is a lifeline for many POC women filmmakers who have urgent stories to tell. 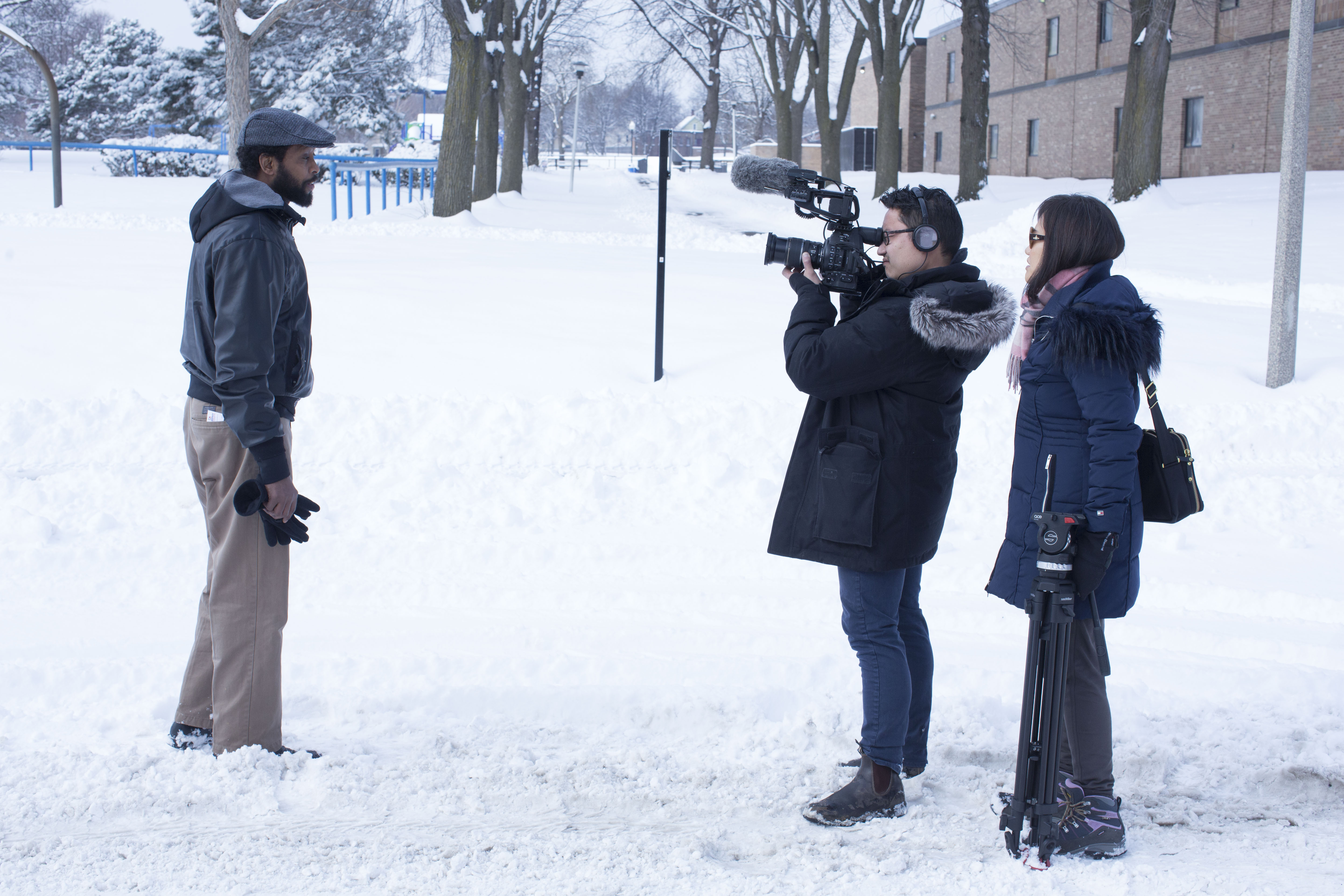 And what was it like applying for the DDF?

I’m one of the few lucky ones who got DDF on the first try. The process of applying for DDF is pretty straight-forward. You just have to articulate clearly and simply what your story is, how you are telling it and why it is an important story for our public television audience.

What are you working on now, and have you had to make adjustments to your film projects due to COVID?

I’m working on two stories. The first one examines the rise of white supremacy, from the perspective of a survivor of the neo-Nazi troll storm. It’s a continuum of my exploration of extreme ideologies, and an opportunity to delve further into the concept of inherited trauma.

The second concerns climate change, a story that I’ve been searching for a way to tell without polarizing the audience or overwhelming them with the very important data that sadly shows how we are already hurtling towards catastrophe. Telling this story in the midst of COVID only makes it more urgent. Fortunately, the story is based in New York City where I live, so it’s easier to enforce production safety guidelines recommended by the State.

For my story on white supremacy, I started filming before the pandemic shut us down. But my small crew of three did travel out of state two weeks ago, because there are elements critical to the story that needs to be captured. We all took the COVID-19 test before making the trip, so as to assure our film subjects. Even though the county where we were filming had less than 200 cases of infection, we did not let our guard down and wore our PPEs at all times, and avoided dining out.

But the pandemic has definitely thrown my film projects into flux. It’s harder to plan further productions, given talk of a second wave, and even harder now to find funding, as our funders are also badly affected economically. But I refuse to let this defeat us in getting these urgent stories out. Now that I’m in voluntary self-quarantine from my shoot, I’m planning to use this period of isolation and solitude to re-think our fund-raising strategy.

Satu Runa is a Canadian-American screenwriter and director based in Los Angeles.