The cheerleaders of the National Football League sweat through grueling drills, invest time, and money to stay in top physical condition, and revolve their lives around their sport. Yet most of them earn less than minimum wage. Shining a light on this astounding inequity, A Woman’s Work tells the story of a handful of cheerleaders who decide that they and their colleagues deserve more.

We spoke with director Yu Gu and producer Elizabeth Ai about the American Dream, cheerleaders, and why this story is a spotlight on the continued inequality women in sports face.

“Five years ago before I started making this film, I was drowning in a sense of drifting between countries and cultures but never belonging to any one place. I decided to make the United States my adopted home,” filmmaker Yu Gu tells me. Like so many of us new to the country, she became obsessed with American football. She not only watched the games but looked up movies and TV shows about the sport. 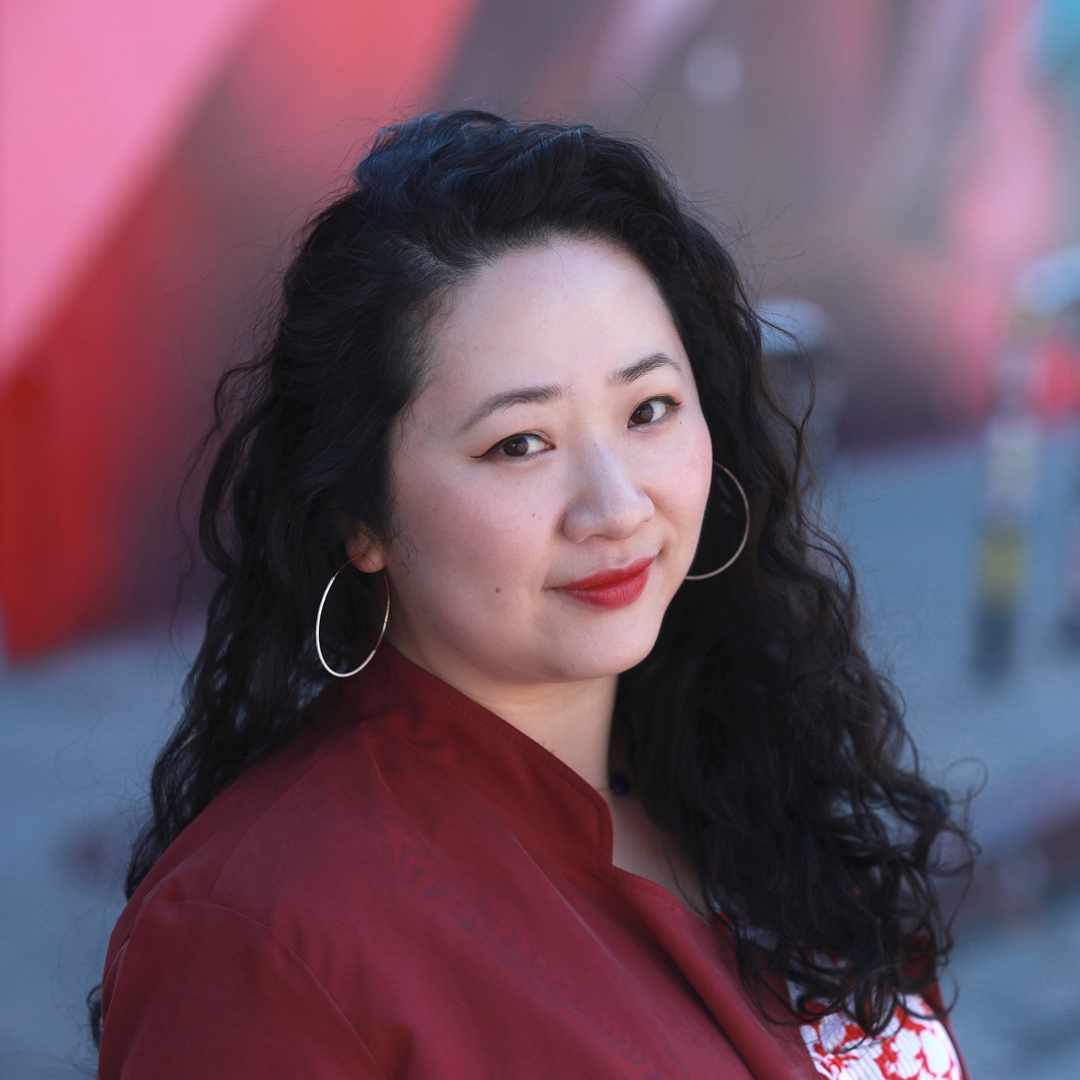 “These stories dripped with the mythology of the American Dream and football became more than a game to me,” she explains.

Earlier this year, her film A Woman’s Work, which follows and documents the battle for a fair wage fought by several NFL cheerleaders, premiered at HotDocs before going on to play at Tribeca, Los Angeles Asian Pacific Film Festival, and AFI Docs.

After what seemed like a lifetime of dancing and cheerleading, Lacy T. (then 26) joined the Oakland Raiders as a cheerleader in 2013. A Raiderette has to look a certain way: french-tipped nails, salon-set hair, a specific kind of make-up, costumes, and the perfect weight- all things that Lacy needed to spend her own money on. She drove across the state (with no reimbursements) to get to practice and event venues, where cheerleaders made mandatory, unpaid appearances. They also didn’t get paid a penny till the season was over and when they did get paid, it was way less than minimum wage, sometimes as low as $5 an hour.

In 2014, Lacy sued the NFL which rakes in $13 billion in revenues. “When I read about Lacy’s lawsuit, it brought back so many repressed emotions. Everything I ran away from—the tyranny and misogyny of China, my birthplace. It also reminded me of everything I had hoped to find in the United States—freedom, equal opportunity,” Yu Gu says. A Woman’s Work came out of her finding kinship in the struggle with women that she never thought she had anything in common with.

Yu Gu and the film’s writer, Elizabeth Ai, begin by documenting the immense amount of work that goes into cheerleading. By the time Lacy became a Raiderette, she had danced for 11,200 hours. They also document the intense psychological pressure and emotional toil labor these women have to shoulder. Maria, a cheerleader for the Buffalo Bills who also sued her team in 2014, speaks of the constant pressure to keep looking a certain way while trying to prove, over and over again, that she was good enough to be a “Buffalo Jill.” “The games are a relief, it meant you made it through another one,” she says in the film. Cheerleaders, through their unpaid appearances, bodies, and performances, add value to the NFL franchise by performing an extremely specialized form of performing arts. To not pay these women is, as one of Lacy’s lawyers say, “paternalistic at best and misogynist at worst.” Cheerleaders are an inseparable part of the spectacle that is American football; so glossy and glittery that one almost ends up forgetting that these are actual women putting in back-breaking work.

“A woman’s work has always involved physical exertion: child-bearing, child-rearing, housework, sex work, dance. These roles are vital to the functioning of the patriarchal capitalist system,” Yu Gu tells me. ‘It is barely a surprise then that all this labor remains unpaid, exploited, unacknowledged, and undervalued,” she adds. “This naturally prevents us from controlling the value our bodies generate,” Yu Gu says. “You remember how in math class, you’re told to “show the work”.

"With this film, I wanted to show the work behind the spectacle, and the unjust environment where this work takes place,” Yu Gu clarifies.

It is often the female body that becomes the vehicle for this misogyny: as women who suffer through this, women who propagate this, and women who speak up against it. There are instances in A Woman’s Work where a heartbreaking number of older cheerleaders disapprove of what Lacy and Maria do and shame them for going against the “family,” for asking for money they rightfully deserve. “We never did it for the money,” they say over and over again with tears in their eyes while women like Lacy and Maria keep questioning the “rightness” of their own actions.

The women’s work, therefore, is not just taking on the patriarchy, not just navigating the misogyny that is perpetuated by women but also battling the crippling self-doubt communal isolation brings through. It’s not just a single shift of unpaid work but a double and triple shift of thankless labor that gets highlighted over and over again in Yu Gu’s film.

A Woman’s Work is a film that births conversations among people from all sections of society. Because football is such a big common denominator, everyone has a perspective to add. It teaches women (of all ages) to value their bodies and teaches them to be aware of their agency and workplace rights. “I want football and sports fans of all genders to watch this film. I want them to think about the values they bring to the game, to the community they love and identify with,” says Yu Gu. This film gives a voice to all the women who have, in their professional and private lives, taken on difficult fights at the risk of losing their most intimate communities.

“This is my attempt to make life better in my adopted home,” Yu Gu signs off. Clearly, her work is far from over.