Act of War: The Overthrow of the Hawaiian Nation

The illegal overthrow of the Hawaiian sovereignty in 1893 and Hawaii's subsequent U.S. annexation impacted the native people. 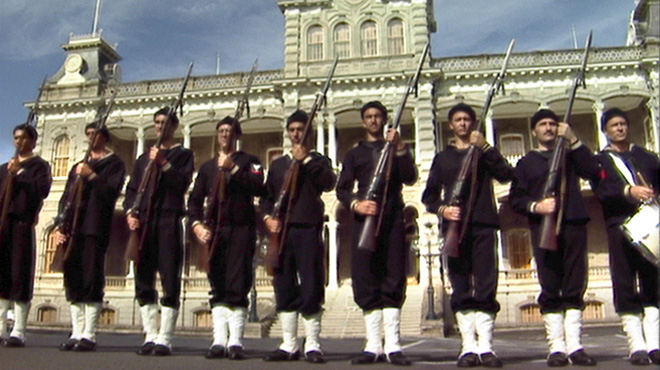 This hour-long documentary is a provocative look at a historical event of which few Americans are aware. In mid-January, 1893, armed troops from the U.S.S. Boston landed at Honolulu in support of a treasonous coup d'etat against the constitutional sovereign of the Hawaiian Kingdom, Queen Lili'uokalani. The event was described by U.S. President Grover Cleveland as "an act of war." Stylized re-enactments, archival photos and film, political cartoons, historic quotes, and presentations by Hawaiian scholars tell Hawaiian history through Hawaiian eyes.Act of War: The Overthrow of the Hawaiian Nation was broadcast on Hawai'i Public Television in 1993 during the centennial year of the overthrow of Queen Lili'uokalani, a landmark year in the Hawaiian movement for sovereignty and independence.

In that same year, the U.S. Congress passed a joint resolution admitting the illegal taking of Hawai'i and formally apologizing to the Hawaiian people.