After 70 years in the U.S., renowned architect I.M. Pei returns to his ancestral home to build a modern museum in this ancient city.

Eugene Shirley is an award-winning producer/director/writer, and founder and president of PACEM Productions. He began working at the nexus of education and media when he was in college and founded a quarterly journal focusing on religion and ethics that he edited for five years (circ., 30,000). At Claremont Graduate School he pursued graduate work in… Show more philosophy of religion and theology, which laid a solid foundation for his interest in documentary films that focus on big ideas — whether those ideas be in culture or finance, history or international affairs. Show less 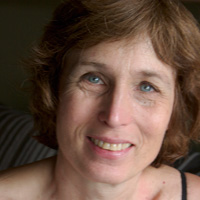 Other ITVS Films
Baby, It's You
Rain in a Dry Land
We Still Live Here - Âs Nutayuneân

Known the world over for his controversial glass pyramid at the Louvre in Paris, renowned architect I.M. Pei returns to his ancestral home of Suzhou, China, to design a new museum. I.M. Pei: Building China Modern looks at Pei's attempt to build modern architectural forms in the heart of this 2,500-year-old Chinese city.