Come and Take It Day

The annual “Come and Take It Day” celebration in rural Gonzales, Texas is where revenge and double-cross erupts. 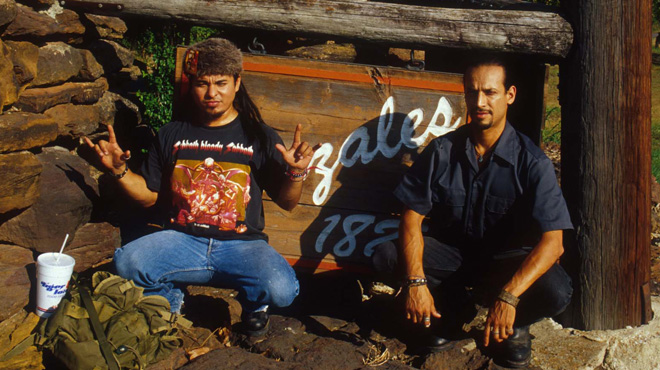 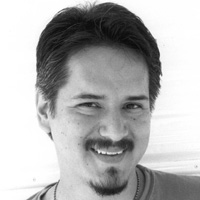 Jim Mendiola is a Los Angeles based writer/director. His award-winning film Pretty Vacant (1996), about a Sex Pistols obsessed Chicana punk rocker, has screened in numerous film festivals, museums, and colleges in the U.S. and Mexico, including South By Southwest (Best Narrative Short), the Havana International Film Festival, and the Guggenheim… Show more Museum. During Mendiola's Artpace residency in 2001, he collaborated with artist Ruben Ortiz Torres to create Ozzy Goes to the Alamo, which the duo claims to be “the world’s first Chicano 3-D movie.” Mendiola wrote and directed the one-hour movie Come and Take It Day (2002) starring Jacob Vargas and Jesse Borrego. Mendiola's first feature film, a rock and roll digital movie called Speeder Kills (2003) starring Amalia Ortiz and Xelina Flores, has screened at various film festivals across the country and was nationally broadcast on SíTV in the spring of 2005. His script, All the Young Dudes, was chosen for participation in the 2004 IFP Screenwriter’s Lab and is currently in development. In addition, Mendiola is writing a screen adaptation of the Sandra Cisneros short story, Bien Pretty. Show less

Other ITVS Films
Skipping Up

It’s the annual “Come and Take It Day” celebration in rural Gonzales, Texas, where revenge and double crossing will erupt when four urban Tejanos go after the fabled buried treasure of Gregorio Cortez. The legendary curse of the lost silver can still work its swift poetic justice on vendidos (“sell-outs”).