Beverly May and Terry Ratliff find themselves at the center of a contentious community battle over a proposed mountaintop removal coal mine. 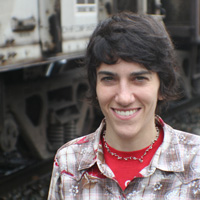 Sally Rubin is a documentary filmmaker and editor based in Los Angeles. Her career has included films for PBS’s Frontline, POV, Independent Lens, and American Experience series, as well as several other Sundance and Slamdance favorites, such as WGBH’s Africans in America (1996), and David Sutherland’s award-winning The Farmer’s Wife (1998). In… Show more addition, Rubin was the associate producer of Sutherland’s smash-hit, the 6-hour Frontline special Country Boys (2006). Her film The Last Mountain (2004) has aired on regional PBS stations, and Cut (2003) is used in universities across the country. She co-edited the fall 2006 release Iraq for Sale (2006), directed by Robert Greenwald, and three episodes of the ACLU’s Freedom Files, executive produced by Greenwald. Show less

Other ITVS Films
Deep Down Virtual Mine 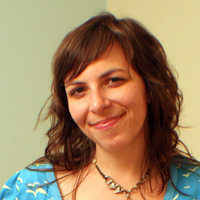 Jen Gilomen is an award-winning independent documentary producer and cinematographer who has created nationally and internationally distributed films and interactive projects, including Deep Down and the associated Virtual Mine (a pioneering educational virtual reality game), which were funded by ITVS and MacArthur Foundation and nominated for… Show more an Emmy in 2011.Deep Down aired on Independent Lens, and Jen’s documentary Life on the Line was also broadcast nationally on PBS. Jen was a Supervising Producer at the ITVS, where she managed a portfolio of feature documentaries for public television as well as web series and interactive projects. Prior to joining ITVS, Jen was Director of Independent Media at the Bay Area Video Coalition (BAVC), where she oversaw a $1.5 million annual budget of innovative public media programming that engaged nonprofit organizations, foundations, independent producers and artists. In her career, Jen has acted as a creative, strategic, and technical advisor to over 150 nonprofit organizations, companies, and independent storytellers. Show less

Other ITVS Films
Deep Down Virtual Mine
Unsettled 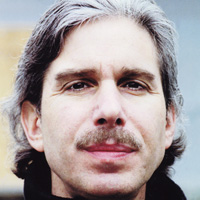 Deep in the Appalachian mountains of eastern Kentucky, Beverly May and Terry Ratliff find themselves at the center of a contentious community battle over a proposed mountaintop removal coal mine. Deep Down puts a human face on the consequences of our environmental impact.

Any exploration of power production in America will lead to Appalachia, a region that has supplied our nation with coal for over a century. As America’s energy consumption rises, the extraction and burning of coal to meet these demands has dramatically altered the Appalachian landscape, economy, and culture. Mountaintop removal mining has stripped swaths of the ancient hills down into barren, flat-topped environmental catastrophes.

Coal is the number one industry here, with an enormous influence on local economies and people. Simultaneously, Appalachia as a region deserves our attention as a place of history, complexity, and change. It is time for us to look back to this “forgotten” region. We must trace the power lines from our homes to people far removed from our daily lives.