The Eyes of Me

Four visually impaired teenagers in Texas face the usual challenges of adolescence while learning to navigate a world designed for the sighted. 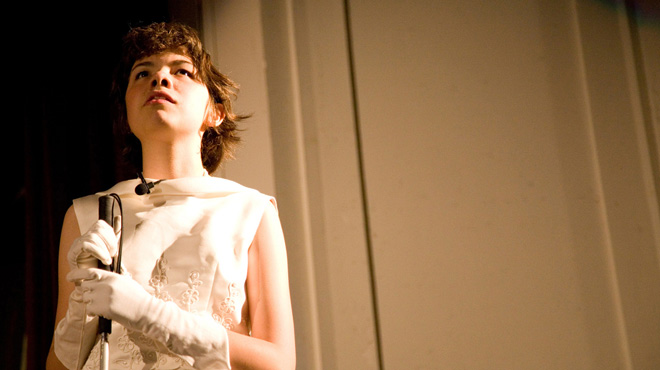 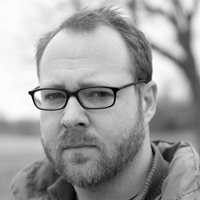 Keith Maitland is the director of the ITVS-funded, Emmy-nominated The Eyes of Me, a year-in-the-life of four blind teens. The film was broadcast on PBS's Independent Lens and was honored with a Barbara Jordan Media Award by the State of Texas. Director of documentary features, commercials, and TV series, his credits also include seven seasons with NBC's Law & Order… Show more as an AD. Keith is a graduate of the Director's Guild of America Trainee Program and the PBS Producer's Academy. Show less

More than 9,000 students across the United States attend residential schools for the visually impaired. Over the course of one school year, The Eyes of Me captures the stories of four extraordinary teenagers at the Texas School for the Blind and Visually Impaired, a public residential high school in Austin that has educated visually impaired students for more than 150 years.

An extraordinary look into the world of blind teenagers — where crossing an intersection, cooking a meal, or navigating unfamiliar areas is a challenge unlike any that sighted viewers must consider — The Eyes of Me offers fresh perspectives on growing up, fitting in, and preparing for adulthood. Chas is passionate about creating hip-hop music. Yearning for independence, he moves out of the school dorms at 17 to live in his own apartment. Meagan, the school’s valedictorian, is also focused on her future, and has plans to begin college in the fall. Fifteen-year-old Denise is living away from her family for the first time, making new friends after years of isolation at her old school. And freshman Isaac is adjusting to being blind for less than a year.

The Eyes of Me captures a textured portrait of these students’ lives at school, off-campus, and in their hometowns with their families. The film features stylized, rotoscopic animation produced by Jason Archer and Paul Beck, who worked on Richard Linklater’s Waking Life, and was made with the help of the students. The animated interludes are accompanied by a lush and distinctive soundtrack from an array of independent Austin musicians, including Sparrowhouse, Brazos, and American Analog Set. These stunning sequences expose what the students “see” in their minds as they share their personal stories.

Forced to confront the world without sight, these four remarkable teenagers impart their thoughts, perceptions, and inner visions of the outer world. Ultimately, they reveal, you cannot understand their perceptions without challenging your own.