A Fish Story is a tale of two women who lead their communities in a battle against a coalition of national environmental groups for control of the ocean. Three hundred years of fishing tradition and the health of the ocean hang in the balance. 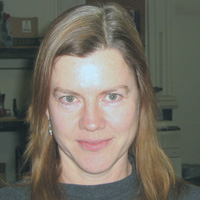 Courtney Hayes is a filmmaker from Gloucester, Massachusetts. Hayes began her career in filmmaking as a production assistant and associate producer at Frontline in Boston. Since then, Hayes has produced and directed documentaries for PBS, the Discovery Channel, and the History Channel. Most recently, Hayes acted as producer/shooter for the Spike TV… Show more series Behind the Badge and Frontline’s Mentally Ill Behind Bars. Hayes is a graduate of Macalester College, St. Paul, MN and was a Fulbright scholar in Varanasi, India. As a young girl growing up in Gloucester, Hayes spent many hours at sea on her father’s tuna fishing boat. Show less 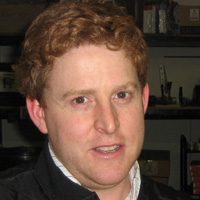 Tim Gallagher is a filmmaker from Boston, Massachusetts. Gallagher began his career in filmmaking as a production assistant and associate producer at WGBH in Boston. He is currently developing a Corporation for Public Broadcasting-funded documentary film on the history of Nantucket whaling in the South Pacific titled Nantucket to New Zealand. In… Show more addition, Gallagher has contributed to the research and development of documentaries for PBS, the Discovery Channel and the History Channel. He is a graduate of the University of Scranton and was a Fulbright scholar in Wellington, New Zealand. Show less

A Fish Story is the tale of two women who lead their communities in a battle for control of the ocean. Angela Sanfilippo of Gloucester, Massachusetts, and Shareen Davis of Chatham, Massachusetts were born into fishing families and married men who continue to make a living from the sea. Fishing defines who they are and has sustained their communities for generations. But their way of life is threatened when a powerful coalition of national environmental groups file a lawsuit that could put hundreds of fishermen out of business. Three hundred years of fishing tradition and the health of the ocean hangs in the balance.