Adapted from Lois-Ann Yamanaka’s Wild Meat and the Bully Burgers, this dramatic short follows 13-year-old Lovey of Hilo, Hawaii, as she tries to be anything but herself. 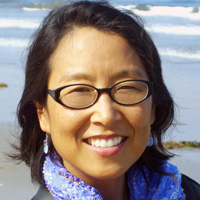 Born in Honolulu, Kayo Hatta was the director/co-writer of the acclaimed Picture Bride, one of the first independent films made in Hawaii. The film won the Audience Award for Best Dramatic Film at the 1995 Sundance Film Festival and was an official selection at the 1994 Cannes Film Festival. Distributed domestically and internationally by Miramax,… Show more Picture Bride went on to be a bestselling video in Hawaii and is used in many local schools and universities. The recipient of numerous awards, Hatta earned a B.A. in English from Stanford University and an M.F.A. in Film from UCLA, where she directed Otemba, her award-winning first short narrative film. Hatta taught workshops on independent filmmaking at numerous institutions and lectured at several colleges and universities. She passed away in 2005. Show less

Linda Barry is an independent producer and writer whose mother is a native of Kauai. Her entertainment career began in public relations for Broadway touring companies and she spent 15 years working in the media in various positions, from continuity and advertising sales to promotions, research, community affairs, network affiliations and in radio,… Show more newspaper, cable, and broadcast television. Since 1999, she has produced four dramatic short films and co-produced the feature film Mango Kiss, written and directed by Sascha Rice. In addition, Barry has served as story analyst for the Sundance Institute’s Screenwriters Labs and worked for the Sundance Film Festival for nine years. She holds B.A. in English from Old Dominion University in Virginia, attended UCLA Film School’s Producers Program and participated in the 2004 Independent Feature Project Producers Lab. She is currently developing several feature film projects through her production company FrankLin Films including Dr. Kevin written and to be directed by Xochitl Gonzalez. Show less

Eleanor Nakama-Mitsunaga was born and raised in Hawaii, with close ties to the islands. She was associate producer of Kayo Hatta’s much-acclaimed film Picture Bride and has been a freelance producer for public television for many years on a variety of programs, from cooking and culture to public affairs. She has also worked with independent filmmakers in… Show more San Francisco, Seattle, and Hawaii in the production of both dramatic and documentary projects. Nakama-Mitsunaga is a freelance food writer and has written for the Seattle Times, Pacific Northwest Magazine, Honolulu Star-Bulletin, and the Hawaii Herald. Her weekly food column “Key Ingredient” appears every Wednesday in the Honolulu Star-Bulletin. Nakama-Mitsunaga holds a B.A. in communications from the University of Hawaii at Manoa and an M.A. in broadcast communication arts from San Francisco State University. She also attended graduate studies in film and television at the University of Southern California. Show less

From the late acclaimed Hawaiian filmmaker Kayo Hatta comes Fishbowl, a vivid and funny account of growing up in Hawaii in the 1970s — when life was anything but “paradise.” Adapted from Lois-Ann Yamanaka’s first novel, Wild Meat and the Bully Burgers, Fishbowl brings the book to life in authentic Hawaiian style.

As an outsider with an overactive imagination, Lovey Nariyoshi (Mie Omori) is regularly bullied into silence by her nemesis, the smart and seemingly perfect Lori Shigemura (Jordan Mukai), the head of a popular girls clique, The Rays of the Rising Dawn. Rather than fight back, Lovey is prone to escape into fantasy where she turns into the bold and courageous girl that she wishes she could be.

Her best friend is Jerry (Billy Lam), an effeminate boy whose dream is to become an honorary Ray of the Rising Dawn. Rather than sticking by Lovey, he abandons her in a weak moment and tries to entertain Lori and the Rays. The story tests their friendship, and confronts the challenges of adolescence and finding a true identity when you’d rather be anyone but yourself.