Getting Back to Abnormal

Five years after Hurricane Katrina, the city of New Orleans has proved the resilience of its unique culture and politics. 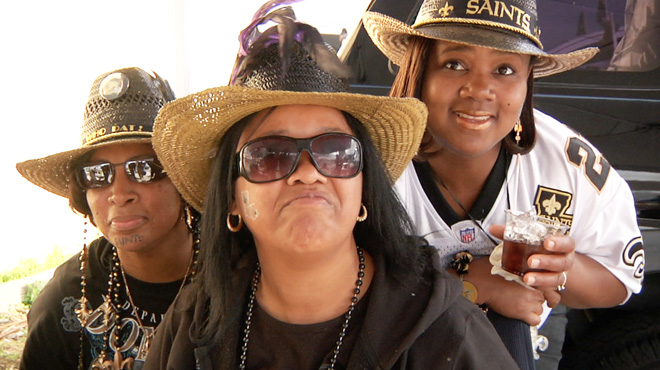 Louis Alvarez and Andrew Kolker have been making films together since the late 1970s. They have a national reputation for making audience-friendly documentaries that tackle important subjects in American culture with wit and humor, including social class (People Like Us), language (American Tongues), women's lives (Moms, Sex:Female), and politics (Vote for Me, Louisiana Boys).… Show more Their work has won two Peabody Awards and two duPont-Columbia Awards. Show less

Other ITVS Films
People Like Us: Social Class in America
Small Ball: A Little League Story

Andrew Kolker has been making films with Louis Alvarez and Peter Odabashian for decades. They have a national reputation for making audience-friendly documentaries that tackle important subjects in American culture with wit and humor, including social class (People Like Us), language (American Tongues), women's lives (Moms, Sex:Female), and… Show more politics (Vote for Me, Louisiana Boys). Their work has won two Peabody Awards and two duPont-Columbia Awards. Show less

Other ITVS Films
People Like Us: Social Class in America
Small Ball: A Little League Story

Peter Odabashian is an award winning producer and editor. He has edited more than 20 documentaries and has been a sound editor on over 17 feature films from Reds to Carlito's Way. In 1996, he worked with Alvarez and Kolker for the first time on Vote for Me and won an Emmy for his efforts. Since then he has co-produced Sex:Female, Small Ball: A Little League Story,… Show more and The Anti-Americans with Alvarez and Kolker and he became their partner at The Center for New American Media in 2005. Show less

Paul Stekler’s documentaries about American politics and history have won numerous national honors including multiple Emmys, Peabodys, and du-Pont-Columbia University Journalism awards. In addition to his collaborations with the Center for New American Media, Vote for Me: Politics in America and Louisiana Boys: Raised on Politics ( on P.O.V. in… Show more 1992), his films include the Sundance Special Jury Prize winner George Wallace: Settin’ the Woods on Fire (directed and produced with Dan McCabe), Last Man Standing: Politics Texas Style (which aired on P.O.V. in 2004), and two of the Eyes on the Prize civil rights series films. His latest project was Frontline’s The Choice 2008, about the Obama-McCain election race, which he co-produced and wrote with director Michael Kirk. Stekler, who has a doctorate in American politics and worked as political pollster in Louisiana, is also the chair of the Radio-Television-Film Dept. at the University of Texas in Austin. Show less

Getting Back to Abnormal is a look at the state of New Orleans politics and culture more than five years after Hurricane Katrina. Set against the 2009-2010 local political season, the election of the first white mayor in a generation, and the triumph of the Saints football team, the film is structured around the city’s complicated and ever-present race issue.

Mixing fly-on-the-wall verité footage with interviews, the film charts the next chapter of life in New Orleans, including politics (a divisive city council race); housing (the destruction of the city’s housing projects and the rise of new neighborhoods like Brad Pitt’s eco-friendly Make It Right experiment in the flood-ravaged Lower Ninth Ward); cultural self-awareness (the HBO series Treme); and the stories of individual New Orleanians both maintaining and reinventing their lives.Getting Back to Abnormal is a portrait of a culture in the throes of change, and at an inflection point in the history of New Orleans and the lives of its citizens. The film will study the changing faces of New Orleans residents, neighborhoods in transition, new architecture, and new ways of living, and the emergence of new attitudes in a place that has proudly resisted real change for decades. The film takes a clear-eyed look at the successes and failures of the city's recovery, why New Orleans matters, and what we can all learn from its struggles.