Inspired by his own roots in the African American Baptist church, director Roger Ross Williams delves into the evangelical movement in Uganda. 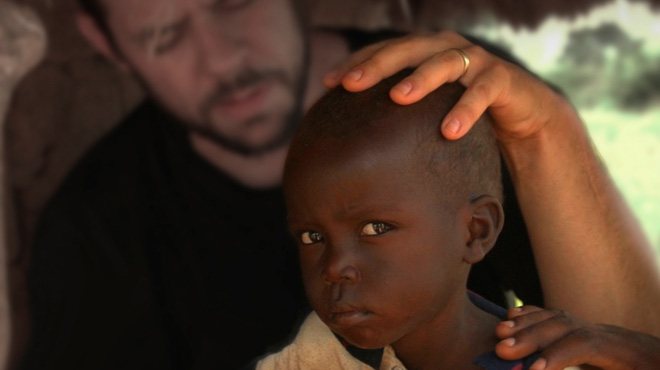 Roger Ross Williams directed and produced Music by Prudence, which won the 2010 Academy Award® for documentary short subject and was broadcast on HBO. He is the first African American to win an Oscar® for directing and producing a film, short or feature. Williams began his career producing political satire for Comedy Central and Michael Moore’s Emmy award… Show more winning series TV Nation. He went on to work as a broadcast journalist for ABC, NBC, MSNBC and CNN. He has also produced and directed numerous primetime specials for PBS, ABC, CBS, Sundance Channel, and New York Times Television. He has won numerous awards including a NAMIC Vision Award and the National Headliner for Best Human Interest Feature documentary. Williams has received grants from the Sundance Documentary Fund, The Tribeca Documentary Fund, The Ford Foundation, Open Society Foundation, Cinereach, The Eastmond Fund, New York State Council of the Arts and The Fledgling Fund. Currently Williams has several projects in development, including a feature length documentary entitled GOD LOVES UGANDA and a narrative film on the African American Baptist church, called Black Sheep. Mr. Williams divides his time between New York and Amsterdam. Show less

Other ITVS Films
Traveling While Black

Other ITVS Films
The Mole Agent

John Battsek conceived and produced Passion Pictures’ first feature, One Day in September, which went on to win an Academy Award for Best Feature Documentary and an Emmy in 2000. Battsek has since accrued a slate of over twenty-five acclaimed documentary films including: Restrepo (Academy Award nominated 2011); The Tillman Story (Academy Award… Show more shortlisted 2011); Once in a Lifetime; In the Shadow of the Moon; My Kid Could Paint That, and Sergio. More recently, John produced Stones in Exile – a heady time-travel trip back to the summer of 1972 and the making of the Rolling Stones iconic album “Exile on Main Street”; the film premiered at the 2010 Cannes Film Festival in Directors’ Fortnight. Passion Pictures also premiered Academy Award winner James Marsh’s new feature documentary Project Nim at the 2011 Sundance Film Festival as the opening film and the film is shortlisted for the 2012 Academy Award for Documentary Feature. John has also recently executive produced Better This World, a fascinating and deeply troubling domestic counter-terrorism case involving two young men and the FBI informant who may have entrapped them; and Bob and the Monster, which chronicles the life of charismatic singer/songwriter Bob Forrest, from his days as front man of the Indie rock band “Thelonious Monster.” His most recent film Searching for Sugar Man, premiered at the 2012 Sundance Film Festival. Show less

God Loves Uganda is a journey into the heart of East Africa, where Ugandan pastors and their American counterparts spread God’s word and evangelical values to millions desperate for a better life. Inspired by his own roots in the African American Baptist church, director Roger Ross Williams explores a place where religion and African culture intersect.