A brave and unflinching look into the face of modern-day puberty, Going on 13 follows four urban girls of color over the span of four years. 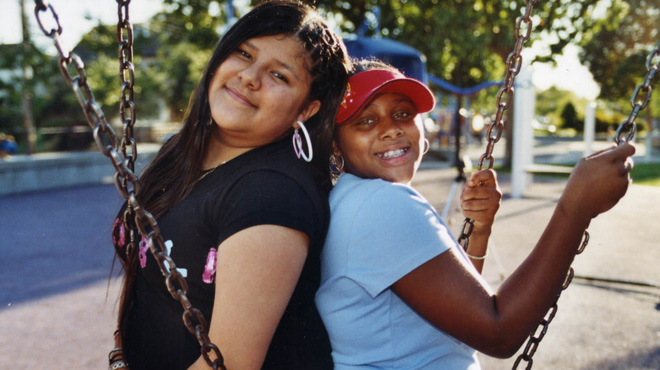 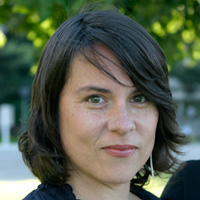 Kristy Guevara-Flanagan’s first feature-length film was an acclaimed documentary covering four years in the lives of four adolescent girls. Going on 13 was an official selection of Tribeca, Silverdocs, and many other international film festivals. It received funding from ITVS and was broadcast on public television in 2009. Kristy has also produced… Show more and directed several short films, including El Corrido de Cecilia Rios, a chronicle of the violent death of 15-year-old Cecilia Rios. It was an official selection of the Sundance Film Festival. Now an assistant professor at Diablo Valley College, in California, Kristy has a MFA in film production from San Francisco State University. Show less 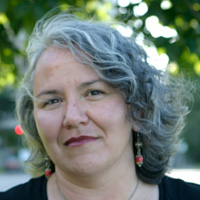 After 20 years in the youth and social service field with a master’s degree in social welfare from UC Berkeley (’92), Dawn Valadez has stepped into the world of documentary filmmaking. Dawn has a long history of supporting and developing programs that serve children, youth, and families locally and nationally, as a successful fundraiser, former board… Show more member of Youth Together and eXcel Youth Zone, trainer and facilitator focusing on youth development, multiculturalism, cultural competency & leadership skills, and as a consultant to AmeriCorps, the Community Network for Youth Development, CalSAC, 4-H, Girls Inc, the Corporation for National and Community Service, and many other programs. As the development director at Davis Street Family Resource Center she is raising capital funds during the worst recession since the depression — successfully! Going on 13 is her first feature film. Show less

From Tweety Bird to Bow Wow, double dutch to chat rooms, Daddy’s girls to first deceptions, watch as Ariana, Isha, Rosie, and Esme let go of childhood and fumble — or sprint — toward an uncertain future. This is puberty and for each of these girls of color, it’s a whirlwind of change and new choices. Without flinching, Going on 13 enters their world as they negotiate the precious, precarious moments between being a little girl and becoming a young woman.

Four years with four girls in California’s Bay Area. Meet Esmeralda, Mexican American, first to complete her daily schoolwork, and also first in her class to have a “boyfriend” without her parents’ knowledge; Ariana, African American, who transforms from a tomboy into one of the “popular girls” as her family struggles to leave the poverty of West Oakland; Rosie, mixed race Latina, who at 9, is precocious and sunny, but grows into an alienated pre-teen who may have to repeat the 6th grade due to chronic truancy; and Isha, an immigrant from India, who despite her devotion to her traditional family, explores Internet teen chat-rooms with user names like “ghetto girl” and “cutie pie.”

Using a mix of intimate interviews, cinema vérité, and stop-motion animation, Going on 13 chronicles the girls’s coming of age: their blossoming desires and growing sense of responsibility, their hopes for the future, their difficulties learning how to love themselves, and the escalating tug-of-war between who they want to become and who their parents think they should be. We hear the girls talk about themselves.

Going on 13 shows us a reality far more complex than what we are used to seeing in the media about pre-teen girls and urban girls of color. Without simplifying or sensationalizing their lives, we come to see these four girls as multi-faceted and gripping individuals. Through the everyday drama of their changing lives, Isha, Rosie, Esme, and Ariana remind us that it is the small moments of insight that usher us down the rough road from childhood to adulthood.