Greetings from Out Here

Ellen Spiro and her dog Sam travel the backroads of the American South to document gay life in the boonies and beyond. 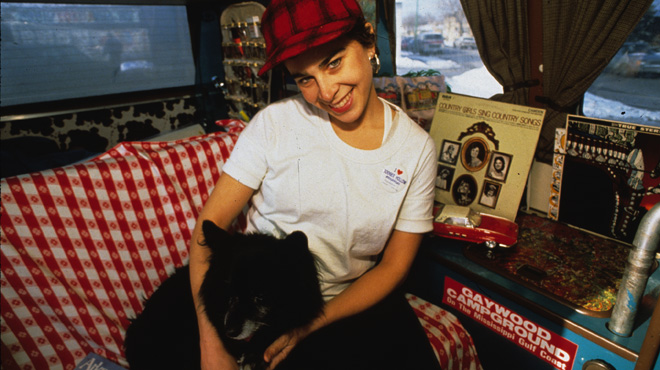 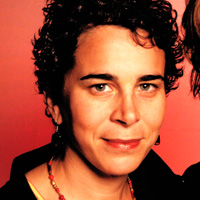 Ellen Spiro, who often works as a one-person crew, is known for making humorous social issue films. Her most recent film is Body of War (co-directed and co-produced with Phil Donahue). Body of War won Best Documentary of 2007 from the National Board of Review and premiered at the Toronto International Film Festival where it won an audience award.… Show more Additionally, Ellen Spiro and Phil Donahue received a 2007 nomination for Best Documentary from the Producer’s Guild of America. Spiro’s other award-winning films have been shown broadcast on television worldwide on PBS, HBO, BBC, CBC, and NHK and in multiple screenings at the Museum of Modern Art and the Whitney Museum Biennial exhibition. Her 1993 film Greetings from Out Here was the first ITVS production broadcast nationwide on PBS. Show less

Tongue-in-cheek and pedal-to-the-metal, filmmaker Ellen Spiro and her dog Sam travel the backroads of the American South documenting gay life in the boonies and beyond. Sometimes hilarious, sometimes poignantly moving, and always intriguing, the mood of Greetings from Out Here varies as often as the scenery along the blue highways of the South — with its hubcap-decorated shacks, its embracing landscapes, its hilariously improbable place names, and most of all, its extraordinary people. Greetings from Out Here was the first ITVS production broadcast nationwide on PBS.