I Really Want to Make It

Sharon Montano goes back to school after years of substance abuse and struggles. Joining Civicorps Academy gives her another shot at a future. 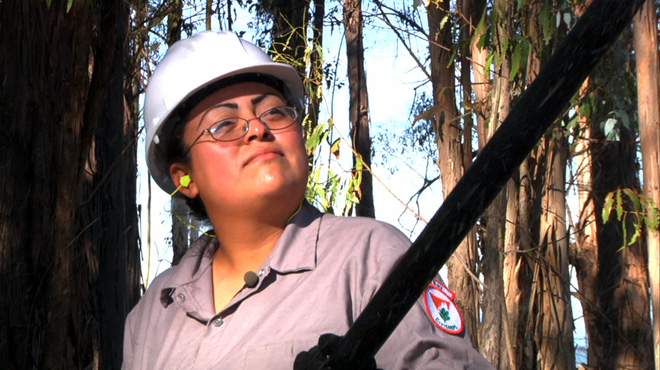 Other ITVS Films
The FIGHT IN THE FIELDS: Cesar Chavez and the Farmworkers' Struggle
Pedro E. Guerrero: A Photographer's Journey
Race Is the Place
The Storm that Swept Mexico

Twenty-one year old Sharon Montano grew up in east Oakland, California in a neighborhood known as the “Dirty Thirties.” She did fine in grammar school but when she hit middle school she began drinking, smoking, and popping pills with friends whom she’d later lose. In her East Oakland neighborhood, violence was part of her daily life.

Going back to school turned out to be more difficult than she thought. Over the years, she started and dropped out of several remedial programs; then later became ineligible for others because of her age.

When she discovers Oakland’s Civicorps Academy, where she meets other young people who have gone through similar rough situations, she finally gets another shot at a high school diploma — and a future. Sharon has gone from being a bad influence to a role model, and really wants to make it.