Indonesia: After the Wave

When the tsunami’s waters retreated in the Indonesian territory of Aceh, two opposing forces swept in: foreigners and the Islamic law, Sharia. 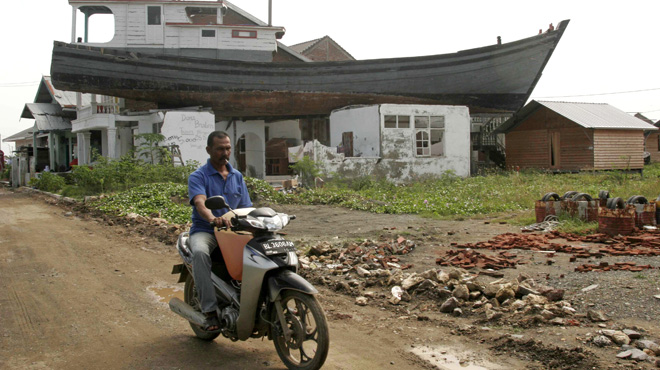 Orlando de Guzman is a Filipino American filmmaker whose work has covered themes of police brutality, migration, civil conflict, war, and trauma. At age 19, he moved to the U.S. to pursue journalism, working in public radio and television. Orlando received a Peabody and Emmy for his coverage of the Unite the Right rally in Charlottesville, Virginia.

Other ITVS Films
Pulled Over: The Hannah Fizer Case

Sharon Tiller is senior producer for special projects for FRONTLINE. In that role she has overseen and helped shape numerous programs for the series, including the critically acclaimed four-part special Drug Wars. Other projects include So You Want to Buy a President, Why America Hates the Press, Fooling with Nature, Secrets of the SAT, and Blackout. In… Show more 2001, Tiller and executive producer David Fanning jointly developed an international news magazine series FRONTLINE/World. Before joining FRONTLINE, Tiller was the executive director for the San Francisco-based Center for Investigative Reporting (CIR), where in 1989 she launched an independent documentary unit. As executive producer, she developed seven investigative documentaries for FRONTLINE: Global Dumping Ground with Bill Moyers; The Great American Bailout; Best Campaign Money Can Buy; Your Loan Is Denied; The Politics of Power; Public Lands, Private Profits; and School Colors. Tiller has received three Dupont-Columbia University Broadcast Journalism Awards, a George Polk Award for National Television Reporting, a World Affairs Council Award of Excellence for International Reporting, two National Education Writers’ First Prizes for Documentary Television, three National Emmys and the George Foster Peabody Award for Drug Wars, as well as the Overseas Press Club Edward R. Murrow Award for the 2004 season of FRONTLINE/World. Show less

When the tsunami’s waters retreated in the Indonesian territory of Aceh, two opposing forces swept in: foreigners and the Islamic law or Sharia. Indonesia: After the Wave follows the massive influx and subsequent challenge to Aceh’s conservative moral standards inflaming the Islamist community, and those who believe that the tsunami was God’s punishment for the Acehnese’s immoral behavior.