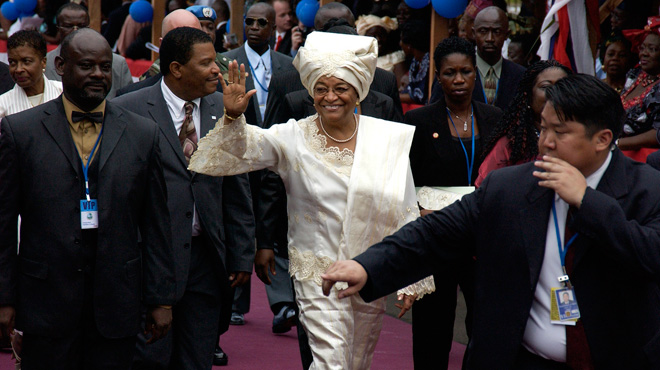 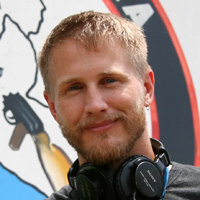 Named by Filmmaker magazine as one of 25 up-and-coming filmmakers, Daniel Junge had his feature-length directorial debut with Chiefs, which aired on Independent Lens, and won best documentary at the Tribeca Film Festival. Junge also directed Reading Your Rights and Big Blue Bear, both of which aired on PBS, and We Are PHAMALy, which screened at the… Show more Tribeca and Hot Springs film festivals. He served as creative director for the Emmy Award-winning series Common Good, directing four of its segments. Junge received his B.A. from Colorado College and attended film school at New York University. He lives in Denver, Colorado with his wife, Erin. Junge is currently finishing a new feature documentary, They Killed Sister Dorothy. Show less 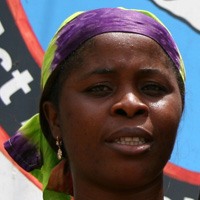 Siatta Scott Johnson was born in Buchanan, Liberia in 1974 and raised in rural Grand Bassa County. She fled Grand Bassa in the early 1990s with the outbreak of war and eventually settled in Monrovia, where she was living during the end of the civil war in 2003. Scott Johnson earned her B.A. in mass communications from the University of Liberia after the school… Show more re-opened following the war. She holds certificates in political reporting from the University of Liberia and in media from the Press Union of Liberia/UNMIL, and a diploma in journalism from the Liberia Institute of Journalism. She has five years of experience as a reporter and producer at DCTV, one of Liberia’s only broadcast television stations, and is a founding member of Omuahtee Africa Media. She speaks English, Liberia Dialect English and Bassa fluently and is the mother of two. Show less

Henry Ansbacher is the founder of Just Media and has served as its executive director since 2000, producing more than 25 documentary shorts featuring social entrepreneurs, including the Emmy Award-winning series Common Good. Chiefs, a documentary about the Wyoming Indian High School basketball team, was Ansbacher’s first feature film producer… Show more credit. Since then, he has also collaborated with Daniel Junge on Reading Your Rights, We Are PHAMALy, and a number of other broadcast documentaries. Ansbacher received his B.A. from Colorado College and his M.A. in psychology from the University of Denver and has worked as a counselor in Colorado. His short films have screened in festivals in New York, Vienna, Barcelona, Rio de Janeiro and Denver. Show less

Jonathan Stack is an Emmy Award-winning and two-time Academy Award-nominated documentary filmmaker. In 1991 he founded the non-profit Gabriel Films and has since produced more than 75 films for nearly all of the cable channels in the U.S. and many television partners abroad. He has released several films theatrically and shown his work at many major… Show more festivals. Stack’s career highlights include producing the International Emmy for Arts Documentary-winning Damned in the U.S.A. (1991), the Golden Eagle Award winner Harlem Diary: Nine Voices of Resilience (1994), the two-time Emmy winner Final Judgment: The Execution of Antonio James (1996), the 1998 Sundance Grand Jury Prize winner The Farm, and the Oscar-nominated The Wildest Show in the South (2000). Stack’s Liberia: An Uncivil War won Special Jury Mention at the 2004 AFI/Silverdocs Festival and the Special Jury Prize at the 2004 IDFA film festival. Show less

With unprecedented access, this intimate documentary goes behind the scenes with Africa's first freely elected female head of state, Ellen Johnson Sirleaf, president of Liberia. The film explores the challenges facing the new president and the extraordinary women surrounding her. After nearly two decades of brutal civil war, Liberia is a nation ready for change. On January 16, 2006, Ellen Johnson Sirleaf was inaugurated the country’s first elected female president and Africa’s first freely elected female head of state. A Harvard-educated economist and grandmother of eight who had been exiled to Nigeria and nicknamed the Iron Lady, Johnson Sirleaf won a run-off election with 59 percent of the vote, but faces enormous obstacles in rebuilding a war-torn country.

Despite massive support both in Liberia and abroad, Johnson Sirleaf must not only find ways to reform a corrupt authoritarian government saddled by astronomical debts, but must also confront opponents loyal to former President Charles Taylor — all without alienating her base.

Since taking office, Johnson Sirleaf has appointed an unprecedented number of women to leadership positions in all areas in the Liberian government. With the exclusive cooperation of President Sirleaf, Iron Ladies of Liberia goes behind the scenes of this groundbreaking administration during its first year, as it works to prevent a post-conflict nation from returning to civil war.Iron Ladies of Liberia follows leaders in the Johnson Sirleaf administration such as Beatrice Munah Sieh, the newly appointed national police chief. A former deputy chief in Liberia’s police force, Sieh survived an assassination attempt allegedly ordered by her boss and worked as a special education teacher in New Jersey for 10 years. As the national police chief, Sieh must maintain order while heading an institution known more for its corruption and repressive tactics than public service.

The film also follows Dr. Antoinette Sayeh, the minister of finance, as she battles a crippling national debt of over five billion dollars and a notoriously corrupt staff. As Dr. Sayeh says, “Women have not been, to the same extent as men, party to all of the bad things of the past. They certainly were very strong voices against the atrocities in Liberia in the war, and they fought very, very hard to make sure that the democratic process worked this time around. And so, this is our biggest opportunity to change Liberia.”