The relationship between Indian Nishtha Jain and her young maid, Lakshmi, gives a glimpse of culture and the pervasive caste system. 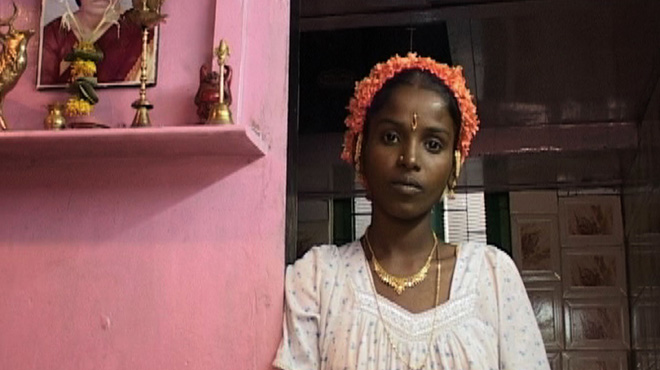 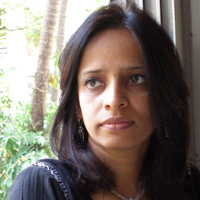 Nishtha Jain worked as an editor in television before joining the Film and Television Institute of India, where she specialized in film direction. Since 1998, she has been making documentaries and shorts, and briefly worked as commissioning editor for a documentary channel. Among her special interests are the individual and collective narratives that… Show more abound in photographic images. Her 2005 film, City of Photos, explored neighborhood photo studios, unearthing the fantasy worlds buried under gritty physical realities. In her current work, she moves closer to people who inhabit her immediate surroundings and whose lives and work profoundly, if implicitly, touch her own. Show less 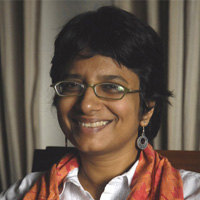 Lakshmi was employed as a domestic worker in the home of documentary filmmaker Nishtha Jain in Mumbai, India when she was only 16 years old. But it wasn’t until Lakshmi was 20 that Jain enjoined her young maid to come out from the shadows and step in front of the camera’s lens. Lakshmi readily agreed to the idea. “My life really deserves a film,” she says.

Thus begins an on- and off-screen journey for Lakshmi and Jain. Lakshmi and Me is an intimate yet critical look at the bond between an employer and domestic worker in modern-day India, where one’s status, relationships, and livelihood are often still ordained by the ancient caste system.

As an emerging international powerhouse, India’s millions of upwardly mobile, professional women are freed from housework and domestic chores. No longer do they have to dust, sweep, do laundry, cook, or even walk their children to school. Why? These new professionals have a bai, or woman to help with some of these chores — a woman who comes from a less privileged class.

Lakshmi and Me is a story about lines blurring and lives colliding, despite the rigidity of archaic traditions meant to keep them apart. The filmmaker enters her subject’s world, only to question the legitimacy of her own attitudes; the film’s subject is empowered by the light shone on her in the filmmaking process. At the end of their remarkable year-and-a-half-long journey together, both women are forced to question that which they’ve taken for granted, while acknowledging the symbiotic roles of mistress and maid, subject and filmmaker, speaker and listener.