In the lingering aftermath of the U.S.-Mexican War, the border town of Laredo, Texas created an annual debutante ball unlike any other. 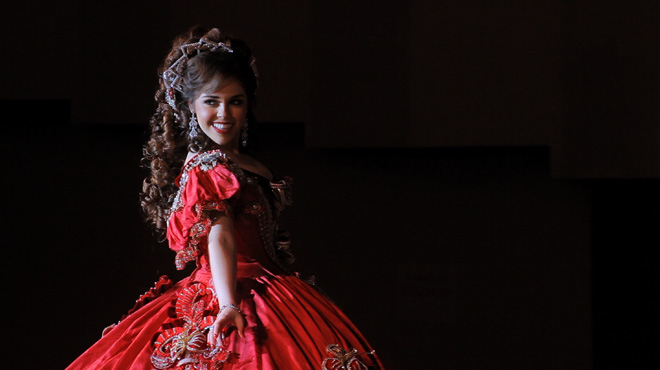 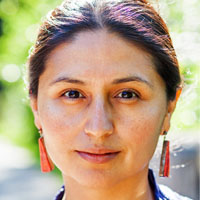 For the past seven years, Cristina Ibarra has been making short fiction and non-fiction films that have been seen on public television, in galleries, museums, schools and film festivals across the United States including: the Guggenheim, Exit Art Gallery, the Queens Museum, Stanford and Brown Universities. Her award-winning directorial debut, Dirty Laundry: A Homemade Telenovela… Show more aired on the PBS series ColorVision. Her other films include: Grandma’s Hip-Hop, Lupe from the Block and Amnezac. She is currently developing her first feature film, Love & Monster Trucks. Show less

Other ITVS Films
The Last Conquistador 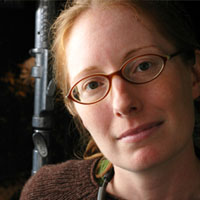 Erin Ploss-Campoamor is an award-winning filmmaker, with experience in both documentary and narrative, the director of several shorts and the producer of a feature film, Dark Mirror (IFC Films). She wrote and directed the semi-autobiographical short film La Americanita (The American Girl), which won two Best Short Film awards, as well as the short film April in the Morning.… Show more Erin is the producer and co-writer of Love & Monster Trucks, a feature length narrative film, in development, for which she was recently a semifinalist for the Sundance Institute's Creative Producing Fellowship and the Sundance Writer’s Institute. Ploss-Campoamor was born in Canada to American parents and raised all over North America in an extended multicultural family, speaking English, Spanish, and French. Show less

In 1939, the Society of Martha Washington was founded to usher each year's debutantes (called "Marthas") into proper society at the Colonial Pageant and Ball. The girls' attendants also dress as figures from America's colonial history and participate in traditional ceremonies.

The centerpiece of the festivities is the Martha Washington Pageant and Ball, when the girls are presented in elaborate dresses that take up to a year to create.

The festival celebration — which dates from the aftermath of the US-Mexican War and was shaped by the tensions following the influx of Anglo migrants to the newly American state of Texas — resonates anew in a time of economic uncertainty and political tension over immigration.

Still, the Washington Celebration has managed to persevere and even flourish, thanks in large part to the Mexican American girls who carry this gilded tradition on their young shoulders.