A young Latina filmmaker chronicles the journey of her uncle, a U.S. military vet deported to Mexico, and uncovers her family’s past. 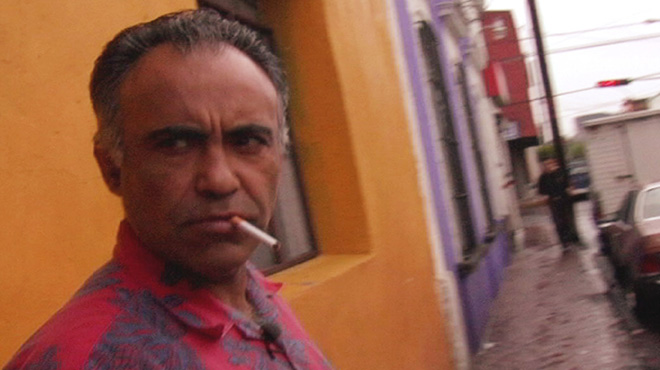 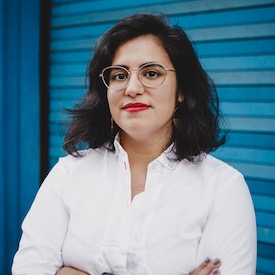 Monika Navarro is an independent filmmaker and the Sr Director of Artist Programs at Firelight Media. Monika has 15 years of producing for public media, from her debut film LOST SOULS (ANIMAS PERDIDAS), which premiered on Independent Lens, to producing for World Channel, AmDoc, and the Peabody-award winning PBS series LATINO AMERICANS.

Other ITVS Films
Love in the Time of Fentanyl

Augie and Gino were living the American dream. Raised and educated in the United States since childhood, they were also proud veterans of the U.S. military. But in 1999, these two brothers were forced to leave the only country they’d ever known — and one they’d sworn to protect. Deported to Mexico by the U.S. government, they had to start over and forge new lives in an unfamiliar “homeland.”

Within two weeks, one of the brothers overdosed on heroin in a Tijuana hotel room. His body was left unclaimed for two months in a mass grave. In Lost Souls (Animas Perdidas), filmmaker Monika Navarro travels to Mexico and pieces together the tragic events of her uncles’s deportation, opening a Pandora’s box of family secrets.

Against the backdrop of increased attention to the U.S.-Mexican border, Lost Souls draws on the Navarro family’s experience to explore national identity, migration, and what happens after deportees are sent to a homeland they don't even consider home. From idyllic Southern California — where the filmmaker’s Mexican American family has lived for more than four decades — to her uncles’s birthplace of Guadalajara, the film delves into the history that led to Augie and Gino’s deportations.

Featuring interviews with family members and weaving together family photographs, letters, and vérité footage, Lost Souls is an epic story about an immigrant family with a complex history of abuse, addiction, and resilience. This compelling and personal documentary reveals what happens when a family confronts its past, and how its members have survived despite both physical and emotional forms of loss and exile.