Maya Angelou: And Still I Rise

The first feature film about Maya Angelou, an iconic writer who contributed to the 20th century's most pivotal social movements. 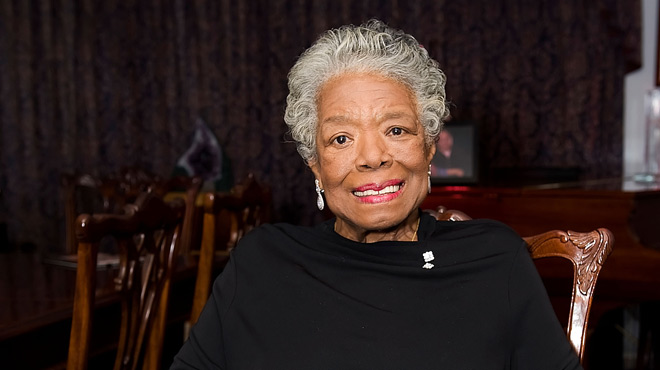 Other ITVS Films
Bill T. Jones: A Good Man
The Democratic Promise: Saul Alinsky & His Legacy
The Hayloft Gang: The Story of the National Barn Dance

Other ITVS Films
Marian Anderson: The Whole World in Her Hands

At the time of Maya Angelou’s death, May 28, 2014, she was participating in the first feature documentary about her life for Maya Angelou: The People’s Poet. Co-directors/producers Bob Hercules and Rita Coburn Whack last interviewed Dr. Angelou in January 2014, and look forward to her taking her rightful place in the American Masters series, albeit posthumously.

An eloquent poet, writer and performer, Maya Angelou’s life intersected with the civil rights struggle, the Harlem Writers Guild, the New Africa movement, the women’s movement, and the cultural and political realignments of the 1970s and ‘80s. Her first book, I Know Why the Caged Bird Sings, catapulted Dr. Angelou onto the literary stage and became an international best-seller. She appeared in numerous documentaries, talk shows, and feature films, was awarded the Presidential Medal of Freedom, and was nominated for the Pulitzer Prize, yet shockingly, has never been the subject of her own feature documentary.

Having lived such a rich, passionate life and been a witness, as well as a participant, in some of the most profound periods of the last century, her full biography is extraordinarily rich and varied. Dr. Angelou lived not one life, but half a dozen, and yet parts of her story have fallen into obscurity. Maya Angelou: The People’s Poet reflects on how the events of history, culture, and the arts shaped her life and how she, in turn, helped shape our own world view through her autobiographical literature and activism.