Separated by time, place and politics, identical twins Margarita and Ramona de Saá continued to share a passion for dance. 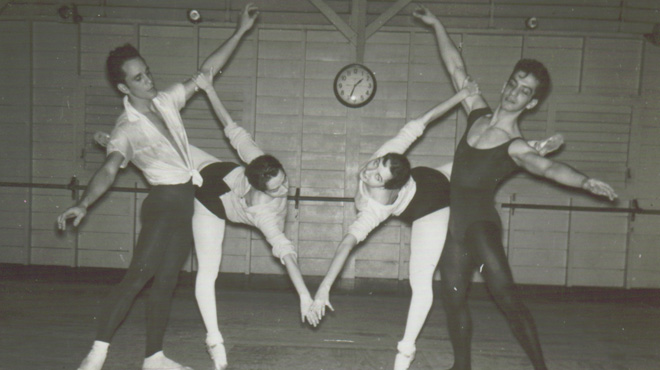 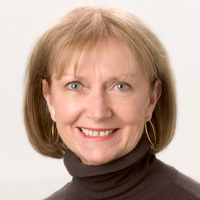 Frances McElroy began her career as an independent filmmaker in 1991, when she founded Shirley Road Productions, an award-winning nonprofit independent production company in Philadelphia. She is especially drawn to subjects that relate to the arts, community development, and social change, often with an international perspective. Recent… Show more production credits include Ballycastle, a documentary she produced and directed, which tells the story of Stuart Shils, a Philadelphia painter of Jewish heritage whose infatuation with a remote Irish village changed his life. The film won a 2004 CINE Golden Eagle Award. An Angel in the Village, a documentary McElroy produced about Chinese-born community-based artist Lily Yeh, premiered nationally in 1999. It received a regional Emmy Award, First Prize for Documentary Excellence from the Society of Professional Journalists, Greater Philadelphia Chapter, and a Gabriel Award. Before becoming an independent filmmaker, McElroy was director of program development and an Emmy award-winning producer/director at WHYY Philadelphia. Her credits include Philadelphia’s Ed Bacon, a documentary about renowned city planner Edmund Bacon, and Who is Red Grooms?, a documentary about the beloved American artist. In 1987/1988, she directed INPUT 1988, the International Public Television Screening Conference. Show less

Other ITVS Films
An Angel in the Village 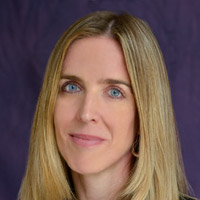 Producer/Director María Teresa Rodríguez's work often centers on untold stories of Latinos in the Americas whose experiences reflect a larger sociopolitical reality. Previous films includes Mirror Dance (with Frances McElroy), which was broadcast on PBS’ Independent Lens, received a LASA Award of Merit and a Cine Golden Eagle Award; the documentary Becoming American… Show more for the California Newsreel/Vital Pictures series Unnatural Causes: Is Inequality Making Us Sick? (PBS, 2008), which received a 2009 duPont-Columbia Award and a 2009 Communication Award in TV/Radio/Film from the National Academies, and From Here to There/ De Aquí a Allá, which received a First Place Award for Short Documentary at the XVII International Film Festival of Uruguay. She is a 2012 Fulbright Scholar, a 2011 Sundance Documentary Fellow (Edit and Story Lab), and the recipient of numerous grants and awards including a Pew Fellowship in the Arts and a Leeway Transformation Award, which recognizes the work of women artists engaged in social change. Show less

Mirror Dance is the story of Cuban-born identical twins Ramona and Margarita de Saá, who become estranged by politics when one moves to the United States and the other remains behind. Though separated for almost 40 years, both continue to share a passion for dance. Shot in the United States and Cuba over a period of four years, the film reveals some of the complexities of the sisters’ relationship: the worlds in which they live, the choices each has made and the conflicts each has endured. Set within the context of the turbulent dynamic between the two countries, Mirror Dance focuses on the twins’ story of division, difference and ongoing efforts at reconciliation. It is a universal story that speaks to the personal pain, loss and waste that can result from international hostilities.

In the film, Margarita reflects, “When I left Cuba I didn’t just lose my biological family, I lost something very special to me — the National Ballet of Cuba. I lost two families.” Despite pouring her heart into her work and trying to create a new ballet family in the United States, she remains haunted by memories and loss.

In Cuba, the film follows Ramona in her routine as the sole woman who determines the fate of every aspiring dancer in the country, and viewers experience the all-encompassing, government-endowed National School of Ballet.

Finally, on February 28, 2004, Margarita, her husband, John, and her daughter, Melinda, depart for Havana. In a touching scene at José Martí Airport, Margarita, Ramona and their brother, Jovito, are finally reunited.

Still, the short visit between the twins is guarded. On Margarita’s last day in Havana, a visit to their parents’ grave helps the twins put the loss of the past 40 years into some perspective.