One building on Park Avenue holds the highest concentration of billionaires in America. Down the street is America's poorest congressional district. 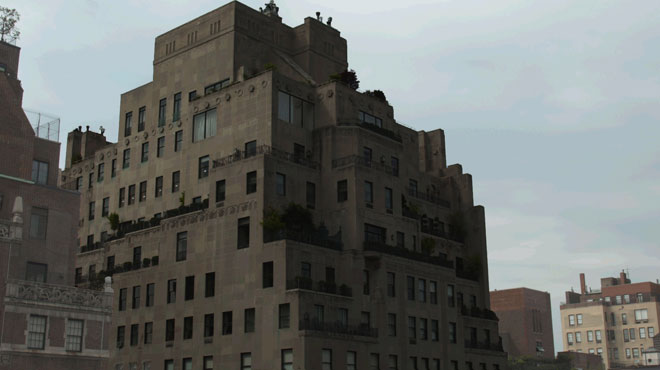 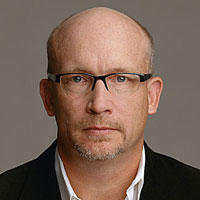 Alex Gibney is the writer, producer, and director of the 2006 Oscar-nominated film, Enron: The Smartest Guys in the Room, which also received the Independent Spirit Award and the WGA Award. Gibney has just finished producing Herbie Hancock: Possibilities, and directing two new feature documentaries: Gonzo, about Hunter Thompson; and Taxi to the Dark Side,… Show more about American foreign policy. As a writer-director, Gibney has worked on Burning Down the House, a feature documentary on political corruption for Participant Productions and Magnolia Pictures. Recently, he also served as executive producer for No End In Sight, a documentary that won a Special Jury Prize at the 2007 Sundance Film Festival. In 2004 Gibney produced Lightning in a Bottle, a film directed by Antoine Fuqua, which premiered in 2004 at the Berlin Film Festival and which was released by Sony Classics. In 2003, Gibney served as the series producer for The Blues, an Emmy-nominated series of seven films in association with executive producer Martin Scorsese. He also produced The Soul of a Man, the film by Wim Wenders for that series (also an official selection at the Cannes Film Festival), and was awarded a Grammy for producing the five-CD box set based on the series. His recent credits include The Trials of Henry Kissinger (writer/producer); Jimi Hendrix and the Blues (director/producer); the HBO documentary, Soldiers in the Army of God, (senior producer), about the radical fringe of the anti-abortion movement; Speak Truth to Power (producer), a PBS special about human rights defenders starring Alec Baldwin, Sigourney Weaver, John Malkovich, and Kevin Kline; Brooklyn Babylon, (executive producer) a feature film directed by Marc Levin and featuring the Grammy Award-winning, hip-hop group The Roots; The Huntress (executive producer) a TV movie written by Bruno Heller (HBO’s Rome) and, subsequently, a TV series for the USA Network; Sexual Century (writer, director, series producer), a six-part documentary series for ITV and the CBC; The Fifties (writer/director/producer), an eight-hour documentary mini-series based on the best-selling book by Pulitzer Prize-winning author David Halberstam; and The Pacific Century (writer/director/producer), a 10-hour documentary series that was honored with an Emmy, two Emmy nominations and the prestigious duPont-Columbia Award for Excellence in Broadcast Journalism. Gibey is a member of WGA and DGA, a graduate of Yale University, and attended the UCLA Graduate School of Film and Television. Show less

Other ITVS Films
Enron: The Smartest Guys in the Room

Blair Foster is an independent producer who won two Emmys for her work on the Academy Award winning film, Taxi to the Dark Side. She was the supervising producer for Martin Scorsese’s documentary, George Harrison: Living in the Material World. Blair attended graduate school for history and has a Master's degree in documentary film from Stanford… Show more University. Show less

Academy Award-winning filmmaker Alex Gibney (Taxi to the Dark Side, Enron: The Smartest Guys in the Room) presents his take on the gap between rich and poor Americans in Park Avenue: Money, Power and the American Dream. Gibney contends that America's richest citizens have "rigged the game in their favor," and created unprecedented inequality in the United States.

Nowhere, Gibney asserts, is this more evident than on Park Avenue in New York. 740 Park in Manhattan is currently home to the highest concentration of billionaires in the country. Across the river, less than five miles away, Park Avenue runs through the South Bronx, home to the poorest congressional district in the United States.

In Park Avenue: Money, Power and the American Dream Gibney states that while income disparity has always existed in the U.S., it has accelerated sharply over the last 40 years. As of 2010, the 400 richest Americans controlled more wealth than the bottom 50 percent of the populace — 150 million people. In the film, Gibney explains why he believes upward mobility is increasingly out of reach for the poor.