Despite having collaborated with some of the world's most iconic artists, this photographer's poignant life story is largely unknown.

Other ITVS Films
The FIGHT IN THE FIELDS: Cesar Chavez and the Farmworkers' Struggle
I Really Want to Make It
Race Is the Place
The Storm that Swept Mexico 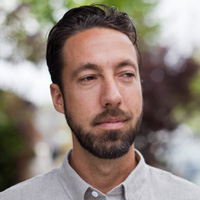 Yvan Iturriaga began his filmmaking career in Los Angeles as a freelance producer and cameraman. He worked for major TV networks Telemundo and Univision and has shot various independent projects including AdCorp, Inc. and Danny Roane: First Time Director. Since migrating to the Bay Area in 2007, Iturriaga has directed and produced numerous short films,… Show more documentaries, commercial and music videos. Recent projects include The Storm That Swept Mexico, a two-hour PBS documentary on the Mexican Revolution, and episode six of the PBS series Latino Americans. Iturriaga also wrote and directed the narrative shorts Sui Generis and Beep, screened in over a dozen festivals worldwide. Show less

Discover the remarkable life and work of Pedro E. Guerrero (1917- 2012), a Mexican American, born and raised in segregated Mesa, Arizona, who had an extraordinary international photography career. Using an exclusive interview with Guerrero along with his stunning images, the program explores his collaborations with three of the most iconic American artists of the 20th century: architect Frank Lloyd Wright and sculptors Alexander Calder and Louise Nevelson. With his outsider’s eye, he produced insightful portraits of important modernist architecture and became one of the most sought-after photographers of the Mad Men era, yet his poignant story is largely unknown. This film is a special co-presentation of VOCES and American Masters.