Whitney Young was one of the most powerful, controversial, and largely forgotten leaders of the civil rights movement. 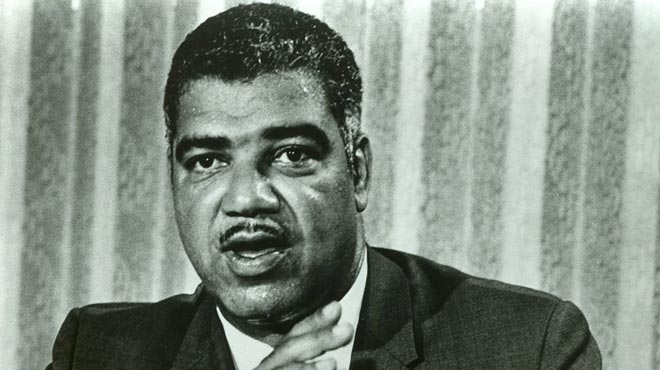 Bonnie Boswell is an award-winning reporter, producer, commentator, and talk-show host. A graduate of Harvard University and the Massachusetts Institute of Technology, Boswell won a Golden Mike Award for one-hour news special she created for NBC. Boswell has been a news reporter for NBC-TV, Los Angeles, the co-host of a news talk show on the Hallmark… Show more Channel and an associate producer for ABC’s 20/20. Boswell is the niece of Whitney Young and the executive producer of The Powerbroker: Whitney Young’s Fight for Civil Rights. Show less

Christine Khalafian is a filmmaker whose short films have been screened at the Sundance, SXSW, Los Angeles and Rotterdam International Film Festivals, among others. A graduate of UCLA and the University of Wisconsin, Khalafian has worked as an editor on such feature documentaries as This Film is Not Yet Rated, which premiered at the Sundance Film… Show more Festival, and The Dungeon Masters, which premiered at the Toronto International Film Festival. Show less

Taylor Hamilton leads the video production practice for frog, a global design and innovation company. A graduate of the Wharton School of Business at the University of Pennsylvania, Hamilton worked previously for a broadcast television studio as a director, engineer, and lighting director for clients such as ABC, CNN, CBS, E!, Comedy Central, Oprah,… Show more and Fox News. Show less

Whitney M. Young, Jr. was one of the most celebrated — and controversial — leaders of the civil rights era. The Powerbroker: Whitney Young's Fight for Civil Rights follows his journey from segregated Kentucky to head of the National Urban League. Unique among black leaders, he took the fight directly to the powerful white elite, gaining allies in business and government, including three presidents. Young had the difficult tasks of calming the fears of white allies, relieving the doubts of fellow civil rights leaders, and responding to attacks from the militant Black Power movement.