Weightlifter Cheryl Haworth struggles to defend her champion status as her lifetime weightlifting career inches towards its inevitable end. 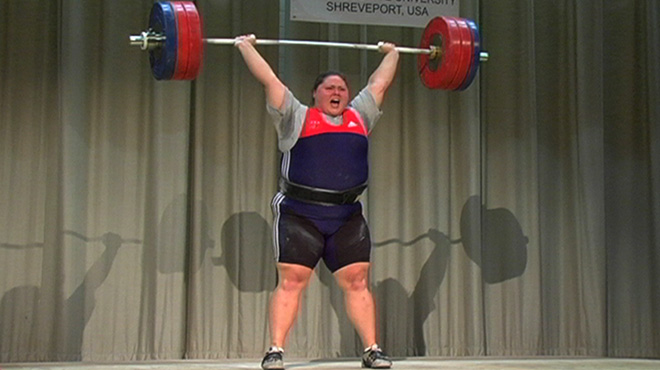 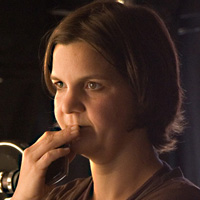 Julie Wyman is an award-winning filmmaker as well as a performer, writer, and professor. Her 2004 film, Buoyant, screened at NY MoMA, Walker Arts Center, La Jolla MoCA and at festivals internationally. Her full-length documentary, A Boy Named Sue (2000) aired on Showtime, MTV’s Logo TV, and screened at festivals internationally, winning the 2001 Sappho… Show more Award for Best Documentary and receiving a nomination for the Gay and Lesbian Alliance Against Defamation’s Media Award for Best Documentary. Wyman’s writing has been published in the Journal of Aesthetics and Protest and will be included in a forthcoming edited volume entitled Scholarly Acts. Wyman is also a member of the artist/activist collective BLW whose performance work, cited in Artforum International, January 2008, has been featured at venues including the Institute for Contemporary Art, Philadelphia, Southern Exposure Gallery, San Francisco, Pilot Television, Chicago, and the Wadsworth Athenaeum, Hartford. Wyman holds a BA from Amherst College and an MFA in Visual Arts from the University of California, San Diego. She has served as an Assistant Professor of Media Studies at Queens College, CUNY and the University of Hartford and is currently an Assistant Professor of Digital Filmmaking in the Technocultural Studies Department at UC Davis. Show less

A formidable figure, standing at 5'8" and weighing over 300 pounds, Cheryl Haworth struggles to defend her champion status as her lifetime weightlifting career inches towards its inevitable end. Strong! chronicles her journey and the challenges this unusual elite athlete faces, exploring popular notions of power, strength, beauty, and health.