T-Rex: Her Fight for Gold

The coming-of-age tale of an American 17-year-old who wins gold in the first women's boxing competition in Olympic history. 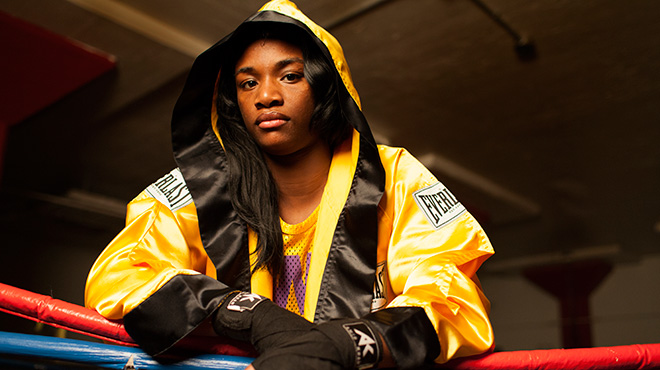 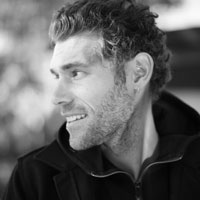 Drea Cooper is an American filmmaker and commercial director. He’s part of the directing team that produced the award-winning short documentary series California Is a Place. With over 10 million views online, the films have screened at film festivals around the world, including Sundance in 2012. The series’ compelling visual style and deeply personal… Show more storytelling has earned Cooper awards from IDFA DocLab for best digital storytelling and documentary project of the year by POYi. He’s also directed long form projects for PBS, MTV, and MSNBC. Cooper has done award-winning commercial work for Chevy, Ray-Ban, Apple, Google, and Toyota. He recently landed on Filmmaker Magazine’s Top 25 New Filmmakers to Watch list. Show less 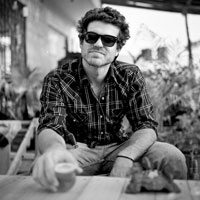 Zackary Canepari is an filmmaker and photographer specializing in documentary. Born in 1979 in Boston, Canepari studied photography in Paris and San Francisco, and has lived to New Delhi, India. As a photojournalist his work has taken him to India, Pakistan, Afghanistan, Mexico, China, Brazil, Eastern Europe, and Nigeria for a number of clients,… Show more including The New York Times, Wall Street Journal and Time magazine. In 2009, Zack teamed up with filmmaker Drea Cooper and created "California Is a Place," a series of short documentary films about California that screened at a number of international festivals, including Sundance and IDFA. Canepari is a Sony Global Imaging Ambassador, a member of Panos Pictures in London, and a commercial director with Slim Pictures in Los Angeles. Show less 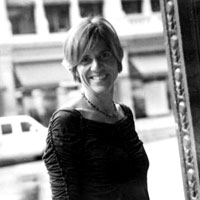 Sue Jaye Johnson is a Peabody Award-winning journalist and producer who spearheaded an unprecedented collaboration between The New York Times, NPR, and WNYC to tell the story of the first women to box in the Olympic games. Her series included a photo spread in The New York Times Magazine, video essays on NYTimes.com, and four radio stories for public radio.… Show more Johnson and Joe Richman of Radio Diaries gave Claressa Shields a microphone and recorder to document her journey to the Olympic Trials. Teen Contender aired on NPR’s All Things Considered in February 2012 to an audience of 12 million listeners, and won the Gold Medal Award, the Third Coast Audio Festival Award, and a Peabody Award. Show less

T-Rex is the story of Claressa “T-Rex” Shields, a 17-year-old from Flint, Michigan who won the gold medal in women’s boxing at the 2012 Olympics — the first time women were allowed to box in the Olympic games. Her journey from the streets of Flint to the top of the podium in London was both epic and historic. But this film isn’t just the story of sports heroics, it’s also a coming-of-age tale about a young girl whose resilience is tested again and again as she tightrope-walks between celebrity athlete and high school senior in a place fraught with negativity and dysfunction. While Claressa does succeed in winning the gold and fulfilling her dream, success in Flint for a young girl doesn’t always make life easier.