Thank You for Playing

An indie video game developer finds solace in the process of creating a game about raising a son with terminal cancer. 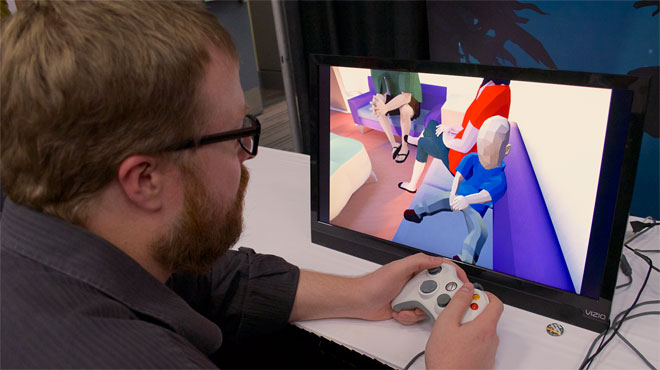 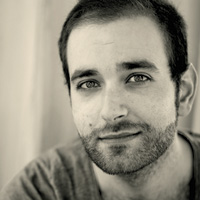 David Osit is a documentary film director, editor, and composer. Osit’s first feature documentary film, Building Babel, which he produced, directed, shot, edited, and composed, was a recipient of ITVS Open Call funding, broadcast as the series premiere of PBS America Reframed in 2013, and played at film festivals worldwide, including True/False and… Show more DocNYC. Osit was co-producer, composer, and sound recorder on Where Heaven Meets Hell (IDFA, HotDocs), which broadcast on the WORLD Channel’s Global Voices in 2013. Osit is an alumnus of the Tribeca Film Institute’s All Access Program and the True/False Swami program. He received his bachelorʼs degree at the Center for Middle Eastern and North African Studies at the University of Michigan, and studied Refugee Law at the American University of Cairo. Osit received his MFA in Social Documentary Film from the School of Visual Arts in New York. Show less 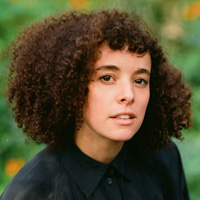 Malika Zouhali-Worrall is an award-winning filmmaker of British/Moroccan origin. She is the co-director and producer of Call Me Kuchu (2012), a documentary that depicts the last year in the life of the first openly gay man in Uganda, David Kato. The film premiered at the Berlin Film Festival, where it won the Teddy Award for Best Documentary and the Cinema… Show more Fairbindet Prize. It has since won 18 more awards — including Best International Feature at Hot Docs Canadian International Documentary Festival — and has been theatrically distributed in Canada, Germany, the UK, and the US, and released on iTunes, Amazon, and DVD. Malika is a Chaz & Roger Ebert Directing Fellow and an alumnus of the Tribeca Film Institute’s All Access program, the Film Independent Documentary Lab and the Garrett Scott Documentary Development Grant at Full Frame Documentary Film Festival. In 2012, Filmmaker Magazine named Malika one of 25 New Faces of Independent Film. Her journalism work has been published in The Financial Times, and she has reported for CNN.com from India, Uganda, China, and the United States. Malika holds an M.A. in International Affairs from the Paris Institute of Political Studies, and she is a graduate of Cambridge University. She lives in Brooklyn, NY with her husband, journalist Andy Greenberg. Show less

Four years ago, Ryan and Amy Green learned that their baby son Joel’s rare cancer was terminal – they were devastated. Searching for a way to explore his feelings, Ryan, an indie video game developer, found solace in the most appropriate creative outlet he knew: a video game. Thank You for Playing follows Ryan as he creates a game called “That Dragon, Cancer,” and recruits his wife and sons into the process of documenting their daily life for this unusual work of art. His video game is a poetic exploration of a father’s relationship with his son, an interactive painting, a vivid window into the mind of a grieving parent.

Throughout his creative process, Ryan must decide where to draw the line in sharing his family’s experiences of raising a dying child. From having his sons reenact difficult conversations, to recording Joel’s giggle, to painstakingly photographing every detail of the hospital, Ryan’s life becomes consumed by the complicated process of creating a digital world that mirrors his own.

​Combining footage from both Ryan’s real and animated worlds, Thank You for Playing follows his journey of encoding his life into an experience that is “playable” by others, as he continues to care for his son.