The Way We Get By

Three senior citizens have made history by greeting nearly one million U.S. troops at a tiny airport in Maine. 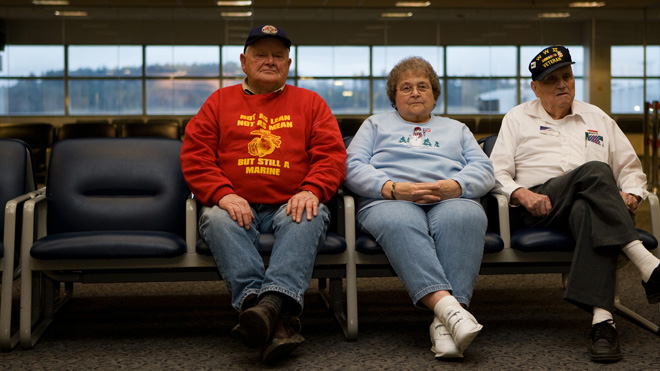 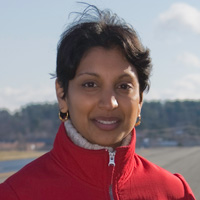 Gita Pullapilly is an award-winning television journalist and film producer who has produced films in the United States, Jordan, and India and whose stories have aired on CBS, CNN, and ABC. In 2006, she was selected as a participant in the Sundance Producers Conference at the Sundance Institute for The Way We Get By and in 2007 she was selected as a WGBH… Show more Filmmaker in Residence for the film. She was inducted into the Royal Society of the Arts in recognition of her work in film and television. In addition to producing India: A New Life, Gita produced the Fulbright-funded film Diary of a Refuge, and was the first filmmaker chosen as a Fulbright Senior Scholar to Jordan. She was born and raised in South Bend, Ind., and graduated from the University of Notre Dame with a bachelor's degree in finance. She worked as a television reporter before making the switch to documentary filmmaking. Now living in Brooklyn, she holds a master's degree from Northwestern University's Medill School of Journalism. She is the recipient of a University of Notre Dame Asian American Alumni Association Exemplar Award, two Associated Press Awards, a Michigan Association of Broadcasters Award, and a Northwestern University Scholarship for Outstanding Storytelling. She is a member of IFP in Chicago and New York, the IDA, Women in Film and Video, and the Color of Film Collaborative. Show less 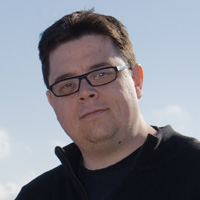 Award-winning director and editor Aron Gaudet has worked on films in the United States, Jordan, and India. In 2006, he attended the Sundance Producers Conference at the Sundance Institute with producer Gita Pullapilly, and they were subsequently named 2007-2008 WGBH Boston Filmmakers in Residence, where they worked on the film's post-production.… Show more Aron's other credits include India: A New Life, a WGBH-Frontline World production and winner of three Telly Awards, and the short film OUCH! (on the art of eyebrow threading). He has won numerous awards in television, including a total of eight Telly Awards, two Vermont Association of Broadcasters awards, a Michigan Association of Broadcasters award, and two Emmy nominations. A member of the International Documentary Association (IDA) and the Independent Feature Project (IFP), he is a graduate of the New England School of Communications. He grew up in Maine and now lives in Brooklyn, NY. Show less

They've become famous among the soldiers — more than 900,000 to date — who have passed through the airport in Bangor, Maine, on their way to and from the wars in Iraq and Afghanistan. Among their neighbors, they've become a source of pride. To a nation wrestling with the politics behind the wars, they're an inspiration. They are the "troop greeters" of Bangor, an intrepid group of retired and elderly citizens who have taken it upon themselves to greet every troop plane arriving or departing Bangor, which is the last and first piece of U.S. soil many GIs will see before and after their deployments.

The opening scenes of The Way We Get By makes clear why the troop greeters are surefire morale boosters for a war-burdened nation. Regardless of their personal views about the wars' politics, the greeters, some of them veterans, turn out at all hours of the day and night to show their respect for the soldiers' willingness to make sacrifices for the nation. The Way We Get By takes a look behind the hearty smiles, handshakes, heartfelt thanks ,and free cookies and cell phones the greeters bring to the airport, and discovers a world in which the seniors are engaged in their own struggles with aging, disease, loneliness, memories of war, and personal loss. The film discovers a remarkable symbiosis between the soldiers' fighting mission and the greeters' fight to overcome pain, fatigue, and depression in making sure no soldier departs or returns without thanks.