A gifted University of Texas music student, finds herself at the epicenter of racial controversy struggling against the odds. 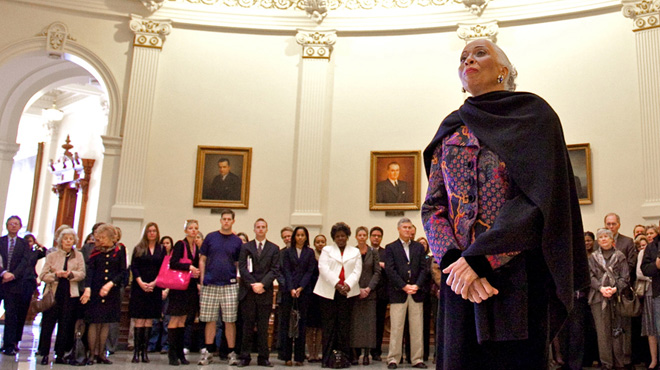 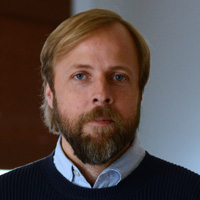 Emmy award-winning independent filmmaker Mat Hames is based in Austin, Texas. His films have screened at South by Southwest, HotDocs, and the Big Sky Documentary Film Festival and have been broadcast on the Sundance Channel and PBS. Mat’s feature documentary, When I Rise, about African American mezzo-soprano and civil rights icon Barbara Conrad,… Show more premiered at SXSW and internationally at HotDocs. It was also featured on Independent Lens. After playing in 10 festivals in the US, the UK, and Canada, the film was nominated for an IDA Documentary Award. Prior to When I Rise Mat directed the 2008 documentary Fighting Goliath for Robert Redford’s Sundance Preserve. It was the official selection of 12 film festivals, awarded the Grand Jury Prize and Audience Award for Best Documentary Short at the Red Rock Film Festival, and the Golden Sun at the Barcelona Festival Internacional de Cinema del Medi Ambient. In 2006, Mat was knighted by the King of Belgium for drawing attention to the efforts of the Belgian Resistance during World War II in his first PBS film Last Best Hope. Mat's short doc, Austin Revealed, played as part of the Faces of Austin SXSW Showcase in 2014. He’s the co-founder of Alpheus Media, a film company in Austin, and is on the Board of Directors for Lights, Camera, Help! Show less

Other ITVS Films
What Was Ours

Oscar and Emmy-winning filmmaker James Moll has produced and directed non-fiction films for more than a decade. Moll's feature documentary credits include Running the Sahara for Executive Producer Matt Damon, about three men as they attempt to run across the Sahara Desert; Inheritance, a P.O.V. film depicting a woman struggling with the crimes of her… Show more Nazi father; Price for Peace for NBC and Executive Producer author/historian Stephen Ambrose, focusing on WWII in the Pacific; and The Last Days for Executive Producer Steven Spielberg, chronicling the lives of five Hungarian Holocaust survivors. Moll has produced and/or directed many projects for television, including Broken Silence, a collection of five foreign-language documentaries that premiered on primetime television in Russia, Poland, Argentina, the Czech Republic, and Hungary. In addition to his work as a filmmaker, Moll established and operated The Shoah Foundation with Steven Spielberg for the purpose of videotaping Holocaust survivor testimonies around the world. The Foundation videotaped more than 50,000 testimonies in 57 countries. Born in Allentown and raised in Los Angeles, Moll earned a degree from USC School of Cinematic Arts. He is co-chair of the Directors Guild of America Documentary Award, and is a member of the Documentary Executive Committee for the Academy of Motion Picture Arts & Sciences. Show less

Michael Rosen is an award-winning producer and director whose credits include the television special Beyond the Expedition: Running the Sahara for National Geographic Channel, about a historic trek across Africa; Murder By Proxy for Key Element, which examines how spree killings are affecting American society; and A Salute to Robert Altman: An American Maverick,… Show more for USA Films which aired on Bravo and the Independent Film Channel. He also executive produced the television special Emmy's Greatest Moments for TV Land. As executive in charge of production at the Academy of Television Arts & Sciences, Rosen was responsible for overseeing more than 30 projects annually — many for the Primetime Emmy Awards. In addition, he is the founding executive producer for the Television Academy Foundation's Archive of American Television, the world's largest online portal on the history of television, producing more than 2,000 hours of documentary interviews with over 500 television legends and pioneers. Rosen began his career working for producers Lauren Shuler-Donner (X-Men, The Secret Life of Bees) and Jon Peters (Superman Returns, Rain Man). Show less

A gifted black music student at the University of Texas is thrust into a civil-rights storm that changes her life forever. Barbara Smith Conrad is cast in an opera to co-star with a white male classmate, fueling a racist backlash from members of the Texas legislature. When Barbara is expelled from the cast, the incident escalates to national news, prompting unexpected support from a pop superstar.

This small-town girl, whose voice and spirit stem from her roots in East Texas, emerges as an internationally celebrated mezzo-soprano and headlines on stages around the world. When I Rise is a testament to finding forgiveness within oneself.