Women, War & Peace, a five-part PBS mini-series, is a global media initiative on the roles of women in peace and conflict. 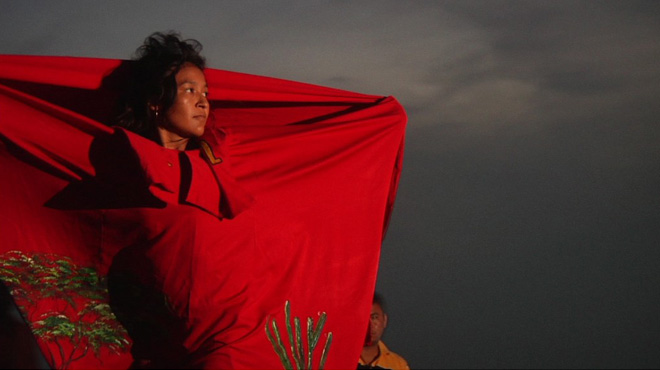 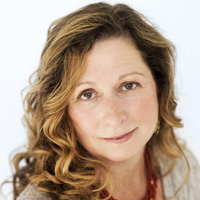 Abigail E. Disney is a filmmaker, philanthropist and the CEO and president of Fork Films. Disney’s longtime passion for women’s issues and peace building culminated in producing her first film, Pray the Devil Back to Hell (winner, Best Documentary Feature, Tribeca Film Festival 2008). She then executive produced the five-part PBS series, Women, War & Peace.… Show more Since then, she has produced numerous acclaimed social-issue films, including 1971, Citizen Koch, Family Affair, Hot Girls Wanted, The Invisible War (2012 Academy Award nominee, Best Documentary Feature), Return and Sun Come Up (2011 Academy Award nominee, Best Documentary Short). The Armor of Light is her directorial debut. Disney is also the founder and president of Peace Is Loud, a nonprofit organization that seeks to identify and support women who are stepping up for peace and resisting violence in their communities. Show less

Other ITVS Films
The Armor of Light
The Trials of Spring 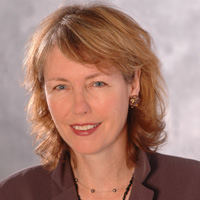 Pamela Hogan is an executive producer of Women, War & Peace, producer/writer of the film about Bosnia which kicks off the series, I Came to Testify, and co-writer of the series’ fourth film, The War We Are Living, about Colombia. Previously, she has been at the forefront of making PBS’s Emmy-winning, international documentary series WIDE ANGLE, a… Show more standard setter in the coverage of global women’s issues. As WIDE ANGLE’s series producer for its first six seasons, then executive producer for its seventh, Hogan oversaw 70 hours of documentaries filmed in 50 countries. She has originated such films as Time for School (Gabriel Award, Overseas Press Club Citation, IDA Nominee), a 12-year exploration of the lives of seven children in seven countries who are struggling to get a basic education; and the Emmy Award-winning Ladies First, about the role of women in re-building post-genocide Rwanda. She also produced WIDE ANGLE’s post-film interviews, including conversations with Arundhati Roy, James A. Baker IIIrd, Joseph Stiglitz, Leon Panetta, Susan Rice, and George Mitchell. Hogan was previously director of National Geographic Television’s international co-productions, garnering numerous Emmys. Other credits include: Senior Producer, Earth on Edge, a Bill Moyers environmental special; and Field Producer, NBC’s Peabody Award-winning To Be An American about a Cambodian family’s first year in the U.S. after fleeing the Khmer Rouge. She collaborated with Harvard physicist Peter Galison on the independent film Ultimate Weapon about the secret debate over whether to build the H-bomb; and with Connie Shulman on a personal film Looks Like Laury, Sounds Like Laury. She has been a judge, panelist, and featured speaker at Harvard’s Askwith Forum, Brown’s Watson Institute, the Asia Society, USAID, the U.N., Wildscreen, ITVS’s International Call, and Docuclub NY. Hogan holds degrees from Harvard and Columbia, and is a member of the Directors Guild of America and the Writers Guild of America. Show less 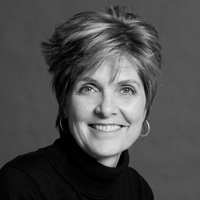 Gini Reticker is an executive producer of Women, War & Peace and directed both Pray the Devil Back to Hell and the third film in the series about Afghanistan, Peace Unveiled. Reticker is one of the world’s leading documentary filmmakers putting a lens on the real-life dramatic stories of women’s rights and international social justice issues.… Show more Reticker produced Asylum, the 2004 Academy Award®-nominated short focusing on the story of a Ghanaian woman who fled female genital mutilation to seek political asylum in the U.S.; and was the producer/co-director of 1994 Sundance Award-winning Heart of the Matter, the first full length documentary about the impact of HIV on women in the U.S. She produced and directed the 2005 Emmy Award-winning documentary Ladies First for the PBS series WIDE ANGLE, which focuses on the role of women in rebuilding post-genocide Rwanda. She also garnered an Emmy for directing and producing Out of the Darkness, focusing on women and depression. For WIDE ANGLE she has also directed The Class of 2006, which spotlights the first fifty women in Morocco to graduate from an imam academy in Rabat. Other credits include: Producer: A Decade Under the Influence, a look at the heyday of 1970s filmmakers, winner of a National Review Board Award and an Emmy nomination for Best Documentary; Director: In the Company of Women, IFC’s spotlight on women in Hollywood; Co-Producer: The Betrayal, Nerakhoon, Ellen Kuras, and Thavisouk Phravasath’s brilliant portrayal of a Laotian refugee family’s epic tale of survival and resilience, 2009 nominee for both an Academy Award and Independent Spirit Award; Executive Producer: Live Nude Girls Unite, Julia Query and Vicki Funari’s raucous look at the successful union organizing efforts of San Francisco-based strippers. Reticker is member of both the Directors Guild of America and the Writers Guild of America. Show less

Other ITVS Films
New School Order
The Trials of Spring

Women, War & Peace is a five-part PBS television series challenging the conventional wisdom that war and peace are men's domain. The vast majority of today's conflicts are not fought by nation states and their armies, but rather by informal entities: gangs, insurgent groups and warlords using small arms and improvised weapons. The series reveals how the post-Cold War proliferation of small arms has changed the landscape of war, with women becoming primary targets and suffering unprecedented casualties. Yet they are simultaneously emerging as necessary partners in brokering lasting peace and as leaders in forging new international laws governing conflict. Women, War & Peace spotlights the stories of women in conflict zones from Bosnia to Afghanistan, and Colombia to Liberia, placing women at the center of an urgent dialogue about conflict and security and reframing our understanding of modern warfare.

Featuring narrators Matt Damon, Tilda Swinton, Geena Davis, and Alfre Woodard, Women, War & Peace is a comprehensive global media initiative on the roles of women in war and peace. The series will utilize all forms of media, including U.S. and international primetime television, radio, print, web, and worldwide community screenings, and will be accompanied by an educational and outreach initiative designed to advance international accountability with regard to women and security. Women, War & Peace is a co-production of THIRTEEN and Fork Films.