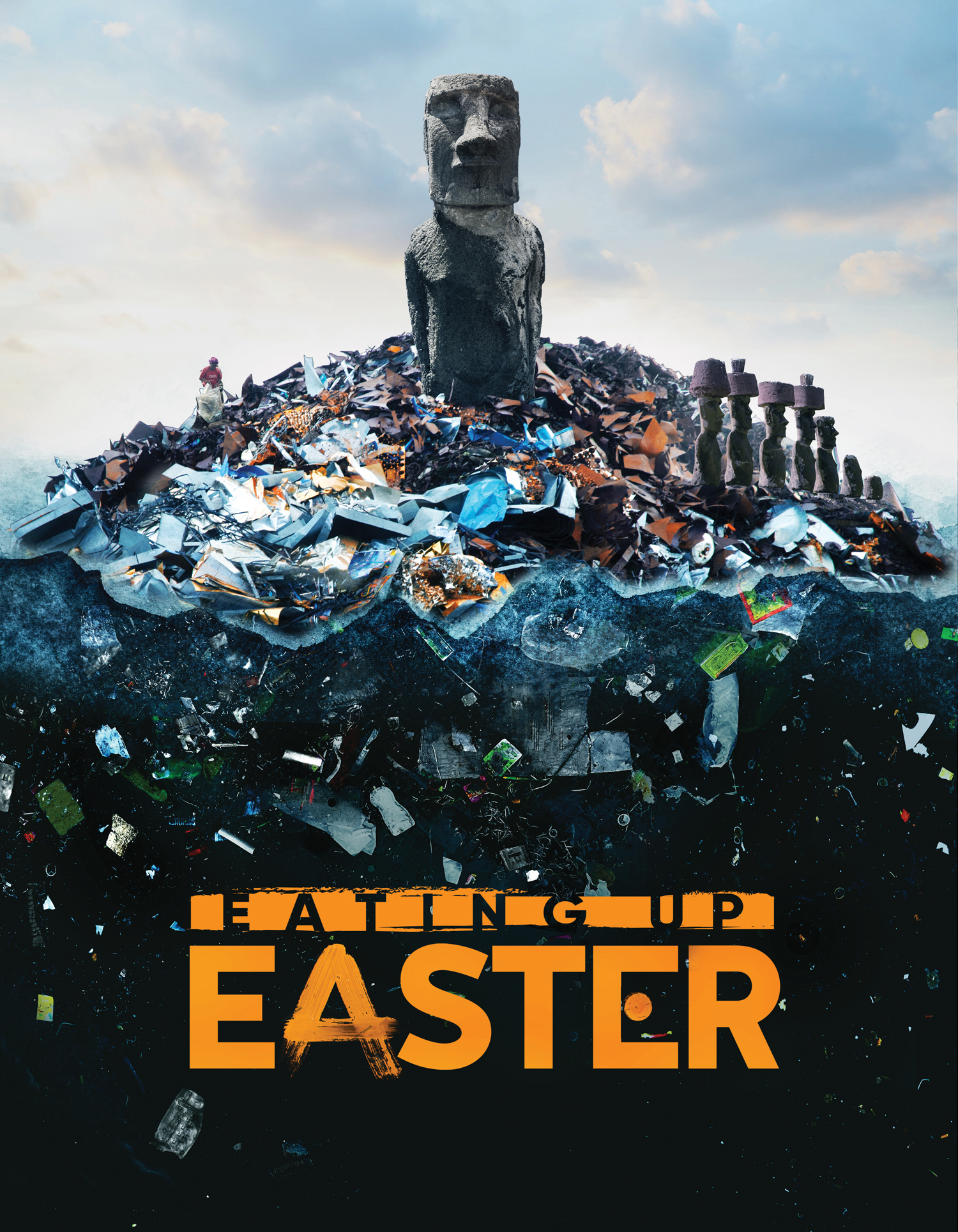 (San Francisco, CA) Monday, April, 20, 2020 — More than just a picture-perfect postcard of iconic stone statues, Rapa Nui, also known as Easter Island, is a microcosm of a planet in flux. Directed by native Rapa Nui filmmaker Sergio Mata’u Rapu, the poignant new documentary Eating Up Easter explores the challenges his people are facing, and the intergenerational fight to preserve their culture and a beloved environment against a backdrop of a modernizing society and a booming tourism trade.

Crafted as a story passed down to his newborn son, Rapu intertwines the authentic history of the island with the stories of four islanders, crafting a moving portrait of a society striving to keep step with the rest of the world while maintaining its own unique identity. Eating Up Easter premieres on Independent Lens Monday, May 25, 2020, 10:00-11:00 PM ET (check local listings) on PBS, PBS.org and the PBS Video App.

The historic stone statues and sensationalized “mysteries” of Easter Island have drawn the interest of the world for centuries, attracting curious visitors to its shores. Today, this tiny, barren island, governed remotely by Chile, is experiencing an economic boom with skyrocketing tourism and a flood of visitors from around the globe. Yet the indigenous culture and the island’s fragile environment are suffering.

Rapa Nui filmmaker Sergio Mata’u Rapu gives voice to his fellow islanders as they grapple with these challenges to their island, balancing their strong cultural heritage with modern-day issues. A local ecologist leads recycling efforts to tackle the mounting trash arriving with tourists and the waves of plastic washing up onshore. Two musicians struggle to build a free music school they hope will preserve cultural practices and reunite their fractured community. Sergio's father, formerly the island's first native Governor, attempts to balance tradition with the advantages of development, under the pressure of being ruled remotely by Chile.

In their own voices, these Rapa Nui reveal the reality of modern life and the actions they are taking to preserve their culture and environment amidst rapid development. Through their stories, and the history of the island as told by Rapu to his son, Eating Up Easter vividly portrays the universal complexities of balancing growth and sustainability faced by local communities worldwide.

Native Rapa Nui producer/director Sergio Mata’u Rapu is the only Easter Islander working in production in an English-speaking country. He has spent the last 15 years shooting and producing documentaries that have aired on History Channel, Travel Channel, National Geographic, and NOVA. Through his work, Sergio aims to show the diversity of life through thought-provoking media to inspire resolutions to social, economic, and environmental conflicts.

Elena Rapu is an anthropologist and filmmaker. She received her MA in Anthropology from SUNY Binghamton, specializing in the Pacific. She has 15 years of experience on Easter Island working in archaeology, hospitality, and tourism. She is passionate about exploring the complex realities faced by living cultures as they grow and change in a globalized world.