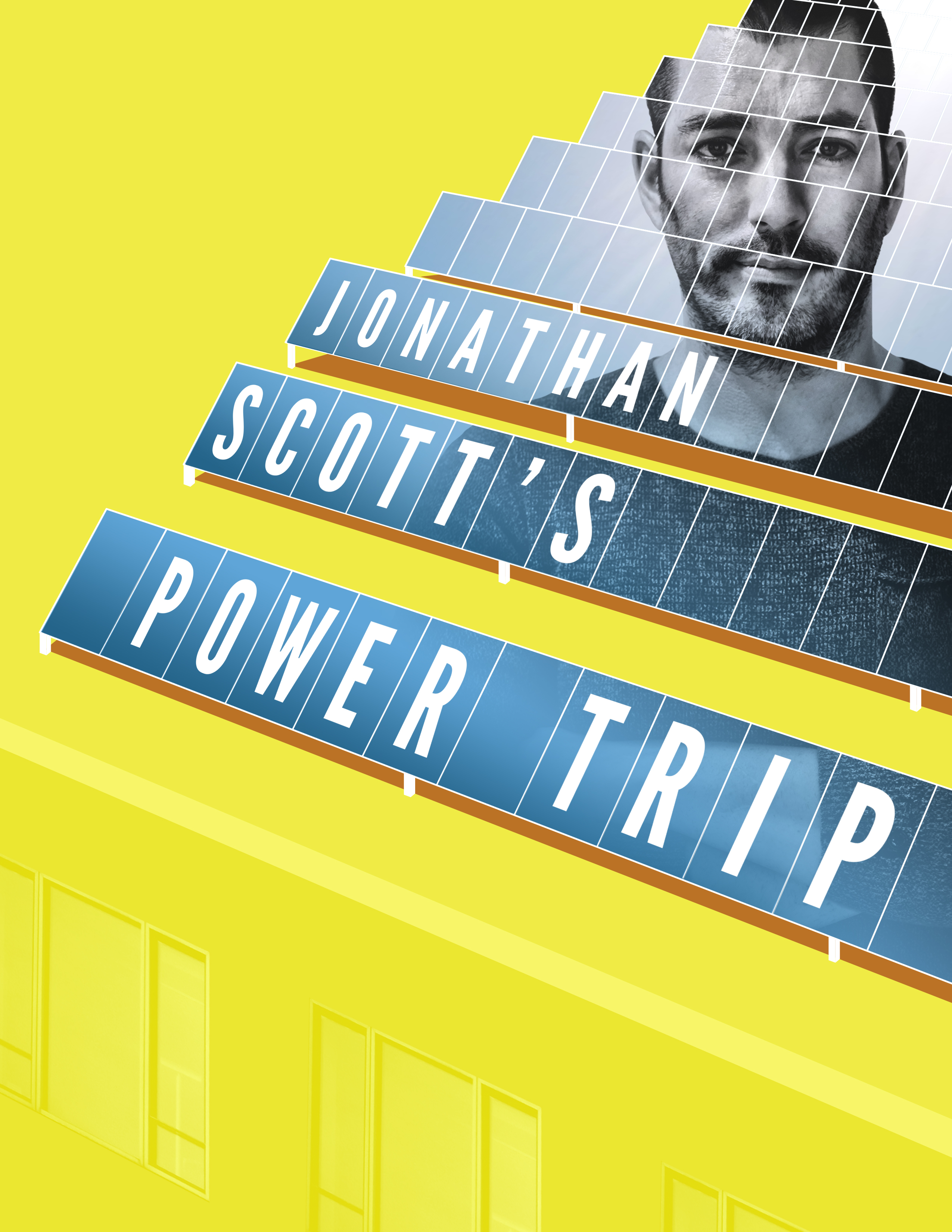 (San Francisco, CA) August 31, 2020 —Property Brothers co-host and home-renovation expert Jonathan Scott is on a mission to flip the switch on how Americans access power. On the surface, solar energy seems like a resource that is widely available, however as Scott begins his journey across the country, he quickly finds how little choice the public has in how they source their energy.

In 2015, Scott decided to power his Las Vegas home with solar in an effort to reduce his carbon footprint and explore ways that solar energy could help clients in his home-renovation work. His experiences revealed a system that seemed broken, and the process sparked a three-year journey of frustrating interactions with utility companies, government officials, and confusing legislation.

Like Scott, many Americans have turned to solar in recent years to generate their own environmentally-friendly source of power and to cut costs. Jonathan Scott’s Power Trip chronicles Scott’s quest to gain a deeper understanding of this issue, and raises important questions like where our energy comes from, who controls it, and how it is sourced.

"I was shocked to find that there’s a silent war being waged against everyday people who are trying to have a say in where their power comes from,” Scott said. “It’s not about politics, it’s about the truth. My hope with this film is that it will challenge how we think about energy not only in the U.S., but on a global scale, and motivate people to call for meaningful changes to the way our power is sourced and controlled.”

Lois Vossen, executive producer of Independent Lens, added: “With curiosity, compassion and charisma, Jonathan Scott’s Power Trip gets the juice on solar energy and examines the forces that keep our energy system tied to the fossil fuel industry — an issue that has dramatic economic, social, and environmental implications for people everywhere.”

Jonathan Scott’s Power Trip illuminates the obstacles and opportunities that exist in creating a system that gives the public widespread choice when it comes to sourcing energy.

Jonathan Scott is an executive producer with Scott Brothers Entertainment (SBE), an award-winning production company that he founded with his twin brother, Drew. Jonathan and Drew host multiple top-rated HGTV series, including the Emmy-nominated Property Brothers and Brother vs. Brother, which air in more than 160 countries. Jonathan is also a best-selling author, magazine co-founder and editorial director, Billboard-charting recording artist, and social media influencer, with millions of followers across his digital platforms. In 2017, Jonathan was named Habitat Humanitarian, the highest recognition offered by Habitat for Humanity. Jonathan is also a longtime advocate of environmental responsibility and the advancement of clean, renewable energy. In 2019, he co-wrote and published the e-book Knowledge is Power with Vice President Al Gore and his NGO, Climate Reality, about the power and impact of solar energy on our lives and economy. Follow Jonathan on social media @JonathanScott.

ITVS is a San Francisco-based nonprofit organization that has, for over 25 years, funded and partnered with a diverse range of documentary filmmakers to produce and distribute untold stories. ITVS incubates and co-produces these award-winning films and then airs them for free on PBS via our weekly series, Independent Lens, as well as on other PBS series and through our digital platform, OVEE. ITVS is funded by the Corporation for Public Broadcasting. For more information, visit itvs.org.