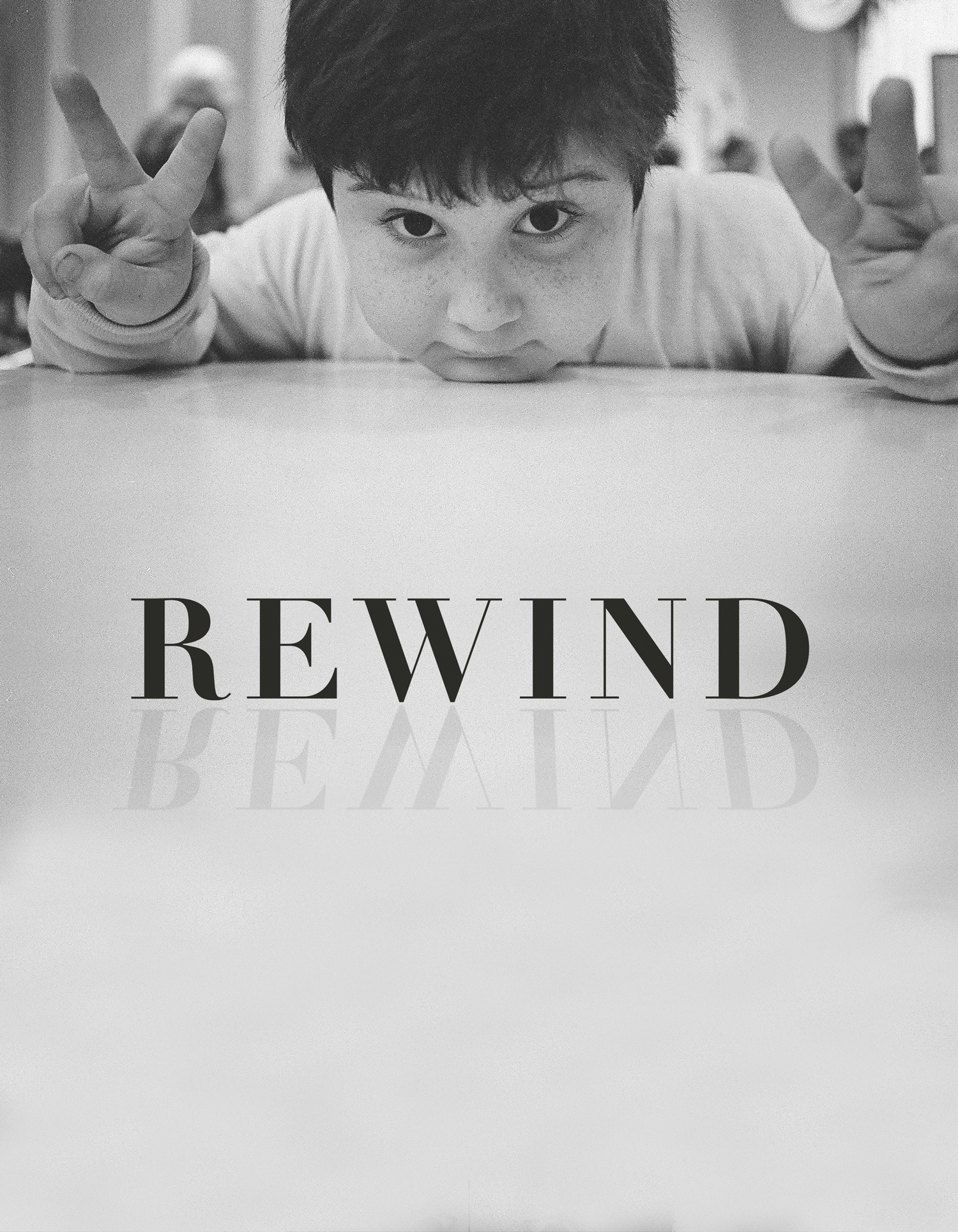 (San Francisco, CA) Friday, April 10, 2020 — Made up of home video footage that reveals a long-kept secret, Sasha Joseph Neulinger’s documentary Rewind is a brave and wrenching look at his childhood and his journey to reconcile his past. By probing the gap between image and reality, the film depicts both how little and how much a camera can capture.

Praised by IndieWire as “a heroic autobiographical documentary,” Rewind makes its broadcast debut on Independent Lens Monday, May 11, at 10:00 PM ET (check local listings) and will be available to stream on PBS, PBS.org, and the PBS app.

For as long as Sasha Neulinger can remember, a video camera was ever-present, with his father constantly filming — from birthday parties, to hockey games, to holidays. But his father’s camera, trained on the frequent gatherings of a tight-knit family, was also documenting a hidden secret, the revelation of which would lead to a media firestorm, a high-stakes court battle, and a generational reckoning.

An intensely personal project six years in the making, Rewind reframes the perspective on traumatic events from Sasha Joseph Neulinger’s childhood, this time placing him in control of the camera, firmly at the helm of his own narrative. As each frame of footage unfolds, so, too, do the layers of this complex and affecting survivor story, the heartbeat of which is Neulinger’s vulnerability, bravery, and enduring positivity, against all odds.

Featuring intimate home video footage spanning over a decade, as well as first-hand interviews with Neulinger’s family members, and the law enforcement and mental health professionals on the front lines of the subsequent legal battles, Rewind revisits these traumatic events 20 years later to piece together an unflinching story of the cycles and consequences of abuse.

Ultimately, Rewind also examines what it means to heal, and to use those experiences to effect positive change in the world. Neulinger is now a committed activist speaking out against child abuse, and his difficult experience throughout his legal process at the time these events were unfolding actually went on to inspire the formation of the Mission Kids Child Advocacy Center.

“During this historic time when families everywhere have to shelter in their homes, I keep thinking about the children and women who are trapped in unsafe environments,” said Lois Vossen, Independent Lens Executive Producer. “For these men, women and children, victims of domestic abuse and sexual assault, this is a time of constant terror as they are forced to be with their abusers 24/7, unable to shelter safely. Working with RAINN, we hope Rewind will reach these survivors and offer help.”

Neulinger’s film earned a Special Jury Mention at the 2019 Tribeca Film Festival, as well as the Documentary Jury Prize from the 2020 Atlanta Jewish Film Festival.

Visit the Rewind page on Independent Lens for more information about the film.

Sasha Joseph Neulinger is the co-founder and head of production at Step 1 Films. After finishing film school at Montana State University, he discovered the raw materials that would propel him to tell the story of his life. An autobiographical film years in the making, Rewind premiered at the 2019 Tribeca Film Festival where it received a special jury mention. The film was Sasha’s feature-length directorial debut.

Independent Lens is an Emmy® Award-winning weekly series airing on PBS Monday nights at 10:00 PM. The acclaimed series, with Lois Vossen as executive producer, features documentaries united by the creative freedom, artistic achievement, and unflinching visions of independent filmmakers. Presented by ITVS, the series is funded by the Corporation for Public Broadcasting, a private corporation funded by the American people, with additional funding from

PBS, the John D. and Catherine T. MacArthur Foundation, Wyncote Foundation, and the National Endowment for the Arts. For more visit pbs.org/independentlens. Join the conversation: facebook.com/independentlens and on Twitter @IndependentLens.