Filmmaker and producer Billy Luther's first feature documentary Miss Navajo, which follows a young woman competing in the Miss Navajo beauty pageant, aired nationally on Independent Lens after premiering in the 2007 Sundance Film Festival. Since then, Luther has collaborated with Independent Lens on the alter-NATIVE series highlighting the experiences of contemporary indigenous artists and their culture. The first alter-NATIVE followed Native American fashion designer Bethany Yellowtail through her art, activism, and empowerment of young women. And this November, the second alter-NATIVE series premieres, taking a deep dive into the importance of food for Indigenous culture.

Since Billy Luther was a child, he was drawn to storytelling. “I would write my own endings to stories I saw as a kid,” explains Luther. “I just knew that I loved telling stories. I think it was in fifth grade that I knew I wanted to work in film and TV.”

Different styles of storytelling from late-night soap operas to comedies to talk show monologues inspired young Luther. Growing up in the non-Native surroundings of urban California, Luther would question what wasn’t present. Watching cinema as a child, he would innocently and curiously wonder, “Why aren’t there any Native people in these stories?” 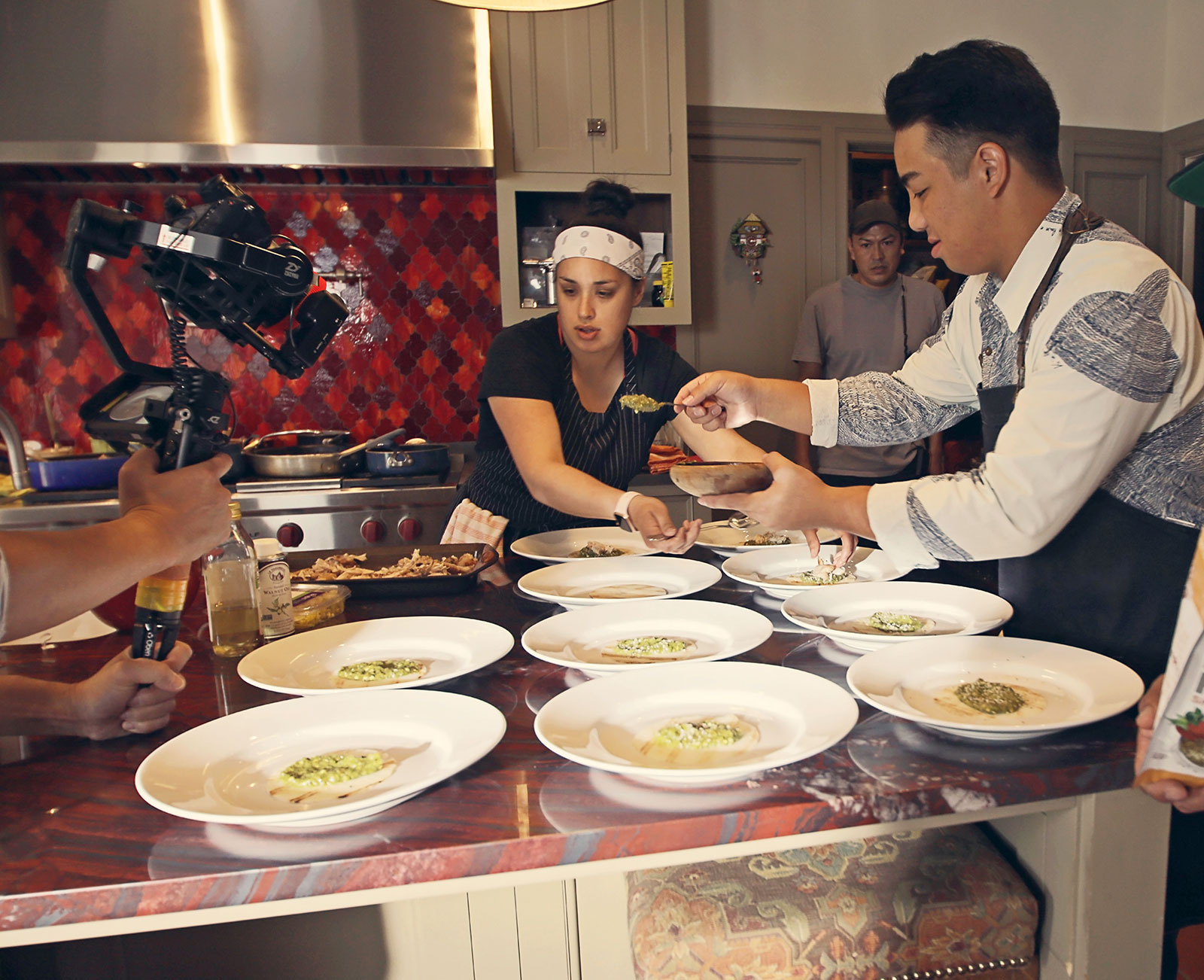 He also emphasizes that there is not a lot of humor in stories told about Native communities. “[They're] often told through someone else’s eyes, usually a non-Native perspective, and they’re always dark and dreary. There’s so many funny, humorous stories that I would like to see told.”

Go Behind the Scenes of alter-NATIVE:

Luther loves the “challenge of the unexpected” when making a documentary. He focuses on stories that fascinate, educate, and entertain him. Many of his films stem from his personal connections belonging to the Navajo, Hopi, and Laguna Pueblo Tribes. For Miss Navajo, the story was “right at home” since his mother won Miss Navajo in 1966. The inspiration behind his second feature Grab, which tells the story about the Laguna Pueblo ceremonial practice of giving, came directly from his childhood participating in the tradition.

“As they say, ‘write what you know.’ Early in my career, I would always try to think of something different and unique. Being Native American is already unique and there’s a lot of great stories of Native culture, traditions, and contemporary stories that have not been told yet.”

The alter-NATIVE series blossomed from Luther’s dedication to showcasing different portrayals of Native experiences. Through the series, Luther follows young Native and Indigenous artists following their passions and dreams. “Whatever perceptions people have of Native Americans, in their occupations or their careers, people don’t think ‘Oh, there’s a Native American fashion designer!’ [But] there’s a lot of Native fashion designers.”

The first alter-NATIVE series followed Bethany Yellowtail over the span of a year as her fashion career evolves. Yellowtail showcases her work at the Native Fashion Now exhibit at the National Museum of the American Indian, uses her art to empower Native women at a protest, and debuts a new fashion collection. The name for the series, alter-NATIVE, came from the goal of the project: to give viewers an alternative point of view on contemporary Native American stories.

“When we launched alter-NATIVE, people weren’t aware of Native and Indigenous designers,” Luther says. At one particular traveling screening, Luther saw how youth at a high school were especially inspired by Yellowtail’s story, discovering that “I can be a fashion designer too.”

alter-NATIVE: Kitchen follows Native and Hawaiian up-and-coming chefs. Luther made an intentional effort to include Native Hawaiian voices as part of the story. “I think in a lot of our Native and Indigenous stories, Hawaiian and Polynesian communities are forgotten but those are Indigenous communities as well. I think they’re not always tied into our narrative of Native and Indigenous storytellers. I was really happy that we found a culinary student in Hawaii. He’s really young, he’s not even 20.”

Luther was drawn to the topic of food for the alter-NATIVE sequel because of the universality. He also wanted to explore Native cuisine beyond fry bread, which is a flat dough bread that is fried in oil or lard. “You just ask somebody ‘what’s Native American food?’ and they usually say ‘fry bread.’ But there is food beyond ‘fry bread.’ These chefs want to change the thought on fry bread.”

As Luther explains, “Fry bread came about from US government rations given to Native Americans after they were forced onto reservations. They destroyed crops and necessary items that we had so we were forced to make fry bread.”

In alter-NATIVE's second series, Luther follows the chefs to learn more about the original Native and Indigenous cuisine that are unique to tribes and communities. “It’s almost a vegan food. There’s no meat in it. There’s no dairy. We didn’t have dairy before Columbus. We didn’t have all of those starches, carbs, and deep-fried foods. If these great chefs created these [original Native and Indigenous] dishes a lot of the health issues we face on different reservations would disappear.”

Through the series as a whole, Luther hopes that Native tribes can learn about one another. “A lot of Natives, we’re still learning about each other.” Being from three tribes, Luther thinks it’s important to show different perspectives on Native culture. “Everyone generalizes Native [people] but we’re all so different from each other.”

Kristal Sotomayor is a bilingual (English & Spanish) director and cinematographer based in Philadelphia. Currently, she is the Communications and Outreach Coordinator for Scribe Video Center and a Festival Programming Coordinator with the Philadelphia Latino Film Festival. In addition, she is working on a documentary about the Latinx immigrant community in Philadelphia.