What risks are worth taking? Last week, at the ITVS Independents Winter Summit, storytellers and thought leaders came together from all over the country, and beyond, to explore the inherent risks and pressures facing the documentary industry. It was a support group, a safe space, an information-gathering marathon and a networking event all at once.

We launched the Summit with a preview screening of films from our latest crop of ITVS-greenlit filmmakers at a local event space, where their daring and innovative approaches to storytelling were on display. Summit then wrapped up a few days later with a “Brave Space,” which afforded attendees—sans ITVS staff—the opportunity to share funding pitfalls, production horror stories, and just how demanding emotionally, financially, and creatively documentary filmmaking is. 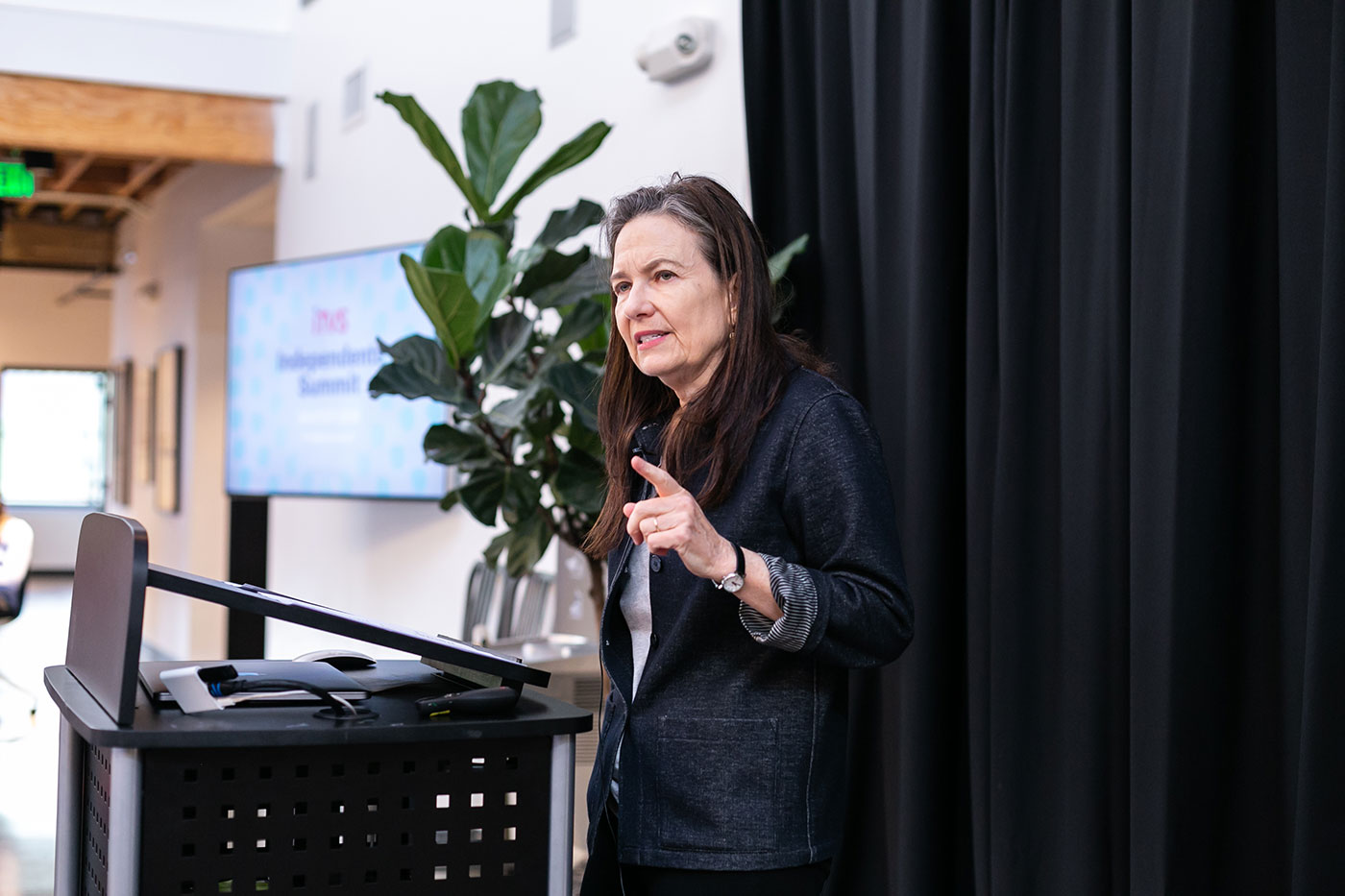 Throughout the week, industry leaders spoke to the latest developments shaping the documentary industry. Sally Jo Fifer, President and CEO of ITVS, discussed the challenges of making documentaries in an increasingly commercialized space. Jordana Meade, Director of Distribution at ITVS, chatted with distribution experts Abby Lynn Kang Davis and Mia Bruno, as they shared some tips and tricks to navigate a film's sale. Ellen Schneider, Director and Founder of Active Voice Lab, spoke to the difficulties of creative partnerships and the best ways to build a healthy foundation. 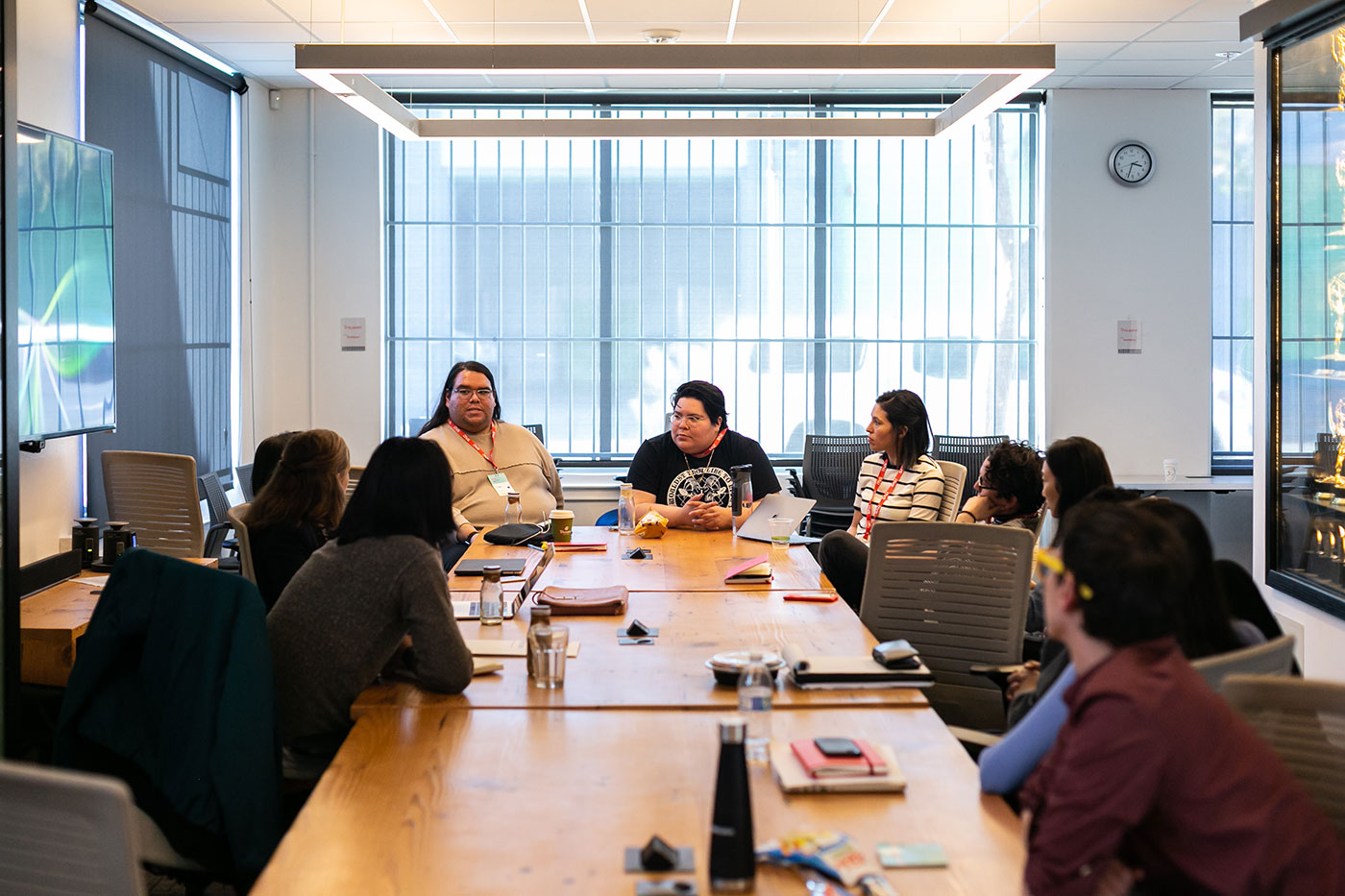 At a session for DDF-funded filmmakers

Kristin Feeley, Director of Labs, Artist Support, and Creative Producing at Sundance, addressed the demands funders and co-producers make of independent artists and the role the ecosystem can play in addressing those stressors.  Ray Santisteban, director behind the Independent Lens film The First Rainbow Coalition, which was 10 years in the making, brought Summit to a close with a deep dive into the nitty-gritty of filmmaking—from building and maintaining relationships with your film’s subjects to navigating clearances for archival footage.

Along the way, we spoke with some of the visionary filmmakers in attendance to help us dive into what risks are worth taking and to speak frankly about the gamble that is documentary filmmaking. Each filmmaker candidly shared what they're giving up, providing us with a deeper understanding and appreciation for what documentary filmmaking entails.

As streamers and private funders enter the documentary film space, more money does, too. But that doesn’t mean the financial burdens on filmmakers are alleviated. Often filmmakers are spending their own money on their films—whether it’s sending a gift to someone who offered advice or buying a bus ticket to interview a potential subject.

Producer/Director Jerry Risius spoke to just how vulnerable a position this spending can put filmmakers in, sharing, “[There are] many levels of risk...The biggest risks are also financial because you simply don’t know if you’ll ever recover any of these costs.” 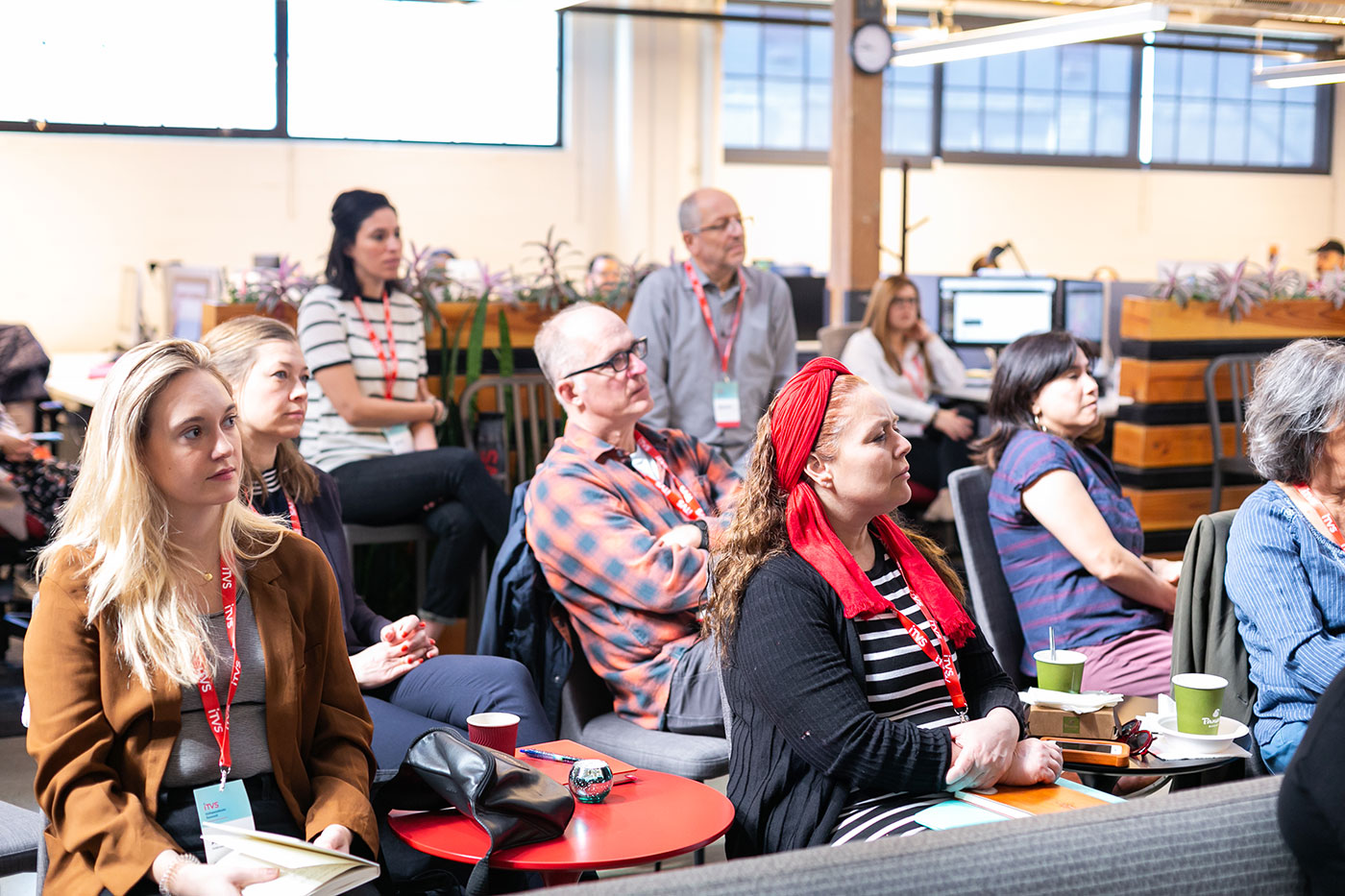 2. It may sound cliché, but making a film is an act of vulnerability.

DDF-funded filmmaker Ivan MacDonald said it best: “The risk is just the specter of failure...The risk for me [is] just being able to be vulnerable in that place… like, 'Do I really belong here?' That’s a risk I’ve never really undertaken up to this point of putting myself in a space where I felt I didn’t belong. I’ve always kind of tried to put myself in these spaces where I knew I would fit and where I knew I had expertise.”

Filmmaking can so often feel like a field for just the known quantities, and it can be scary to enter the space if you’re new to film or non-fiction work. 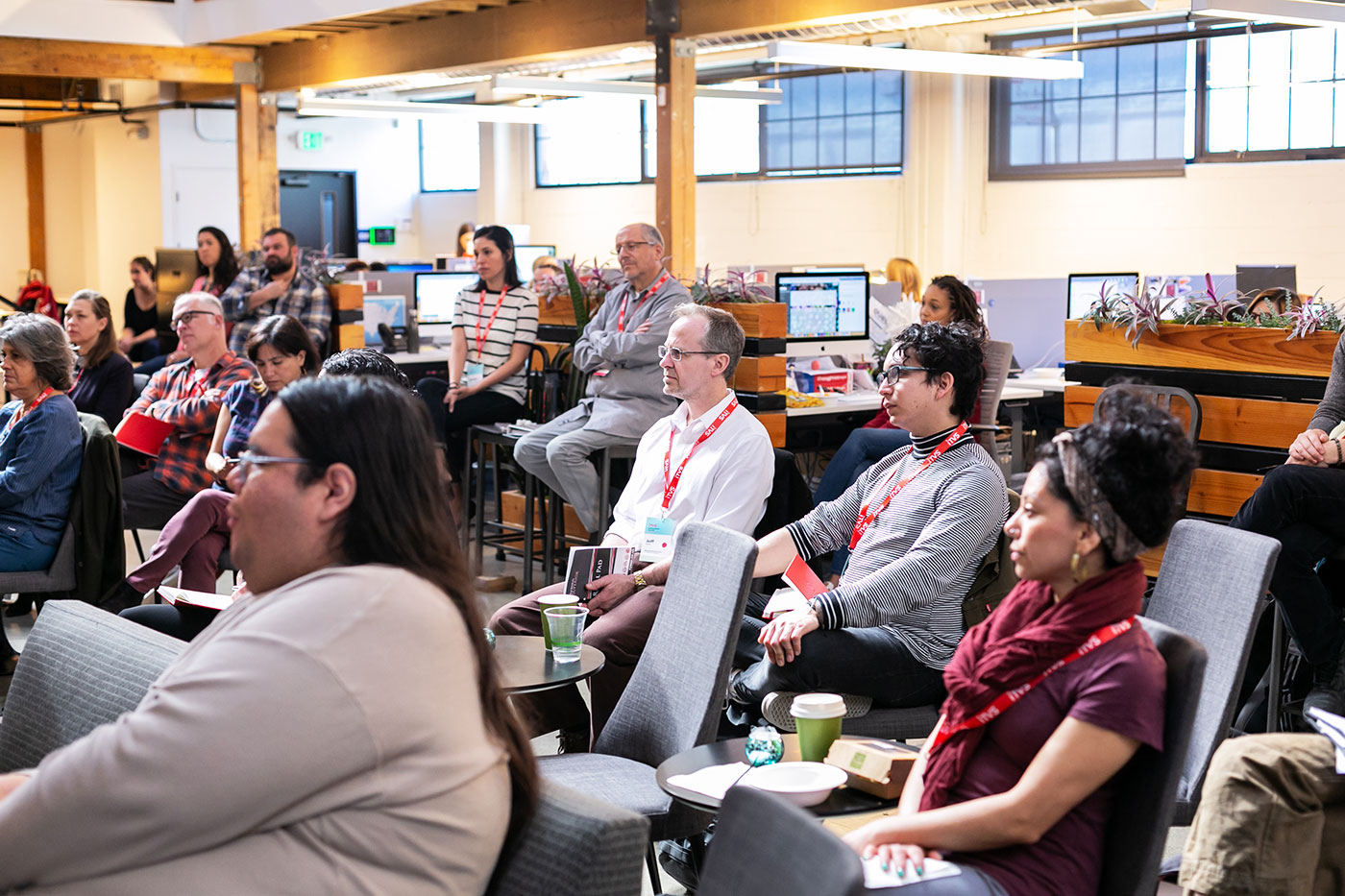 Whether it’s navigating a complicated situation with a collaborator or reviewing an archive with traumatic footage, the work can be draining. Filmmaker Ivy MacDonald spoke to the mental health challenges when making a film and the pressures of trying to create change with the film: “It’s so hard sometimes that I shut off emotionally when it does get hard, and I think that’s a huge risk in itself.”

4. It’s tough to figure out what’s good for the film, the subjects, and yourself.

First-time filmmaker Kelsey Peterson addressed the challenges of being both the director and subject of her film, which follows Kelsey as she finds her own voice in the Spinal Cord Injury (SCI) community, and involved documenting her relationship with her dad.

Peterson explains, “I felt like I was taking a risk in my relationship with him [my dad]...The questions I’m asking him, I’m thinking, ‘Oh this is great for the film.’ I’m in director-mode, but I’m also wondering if this is good for me [and my dad] personally.” 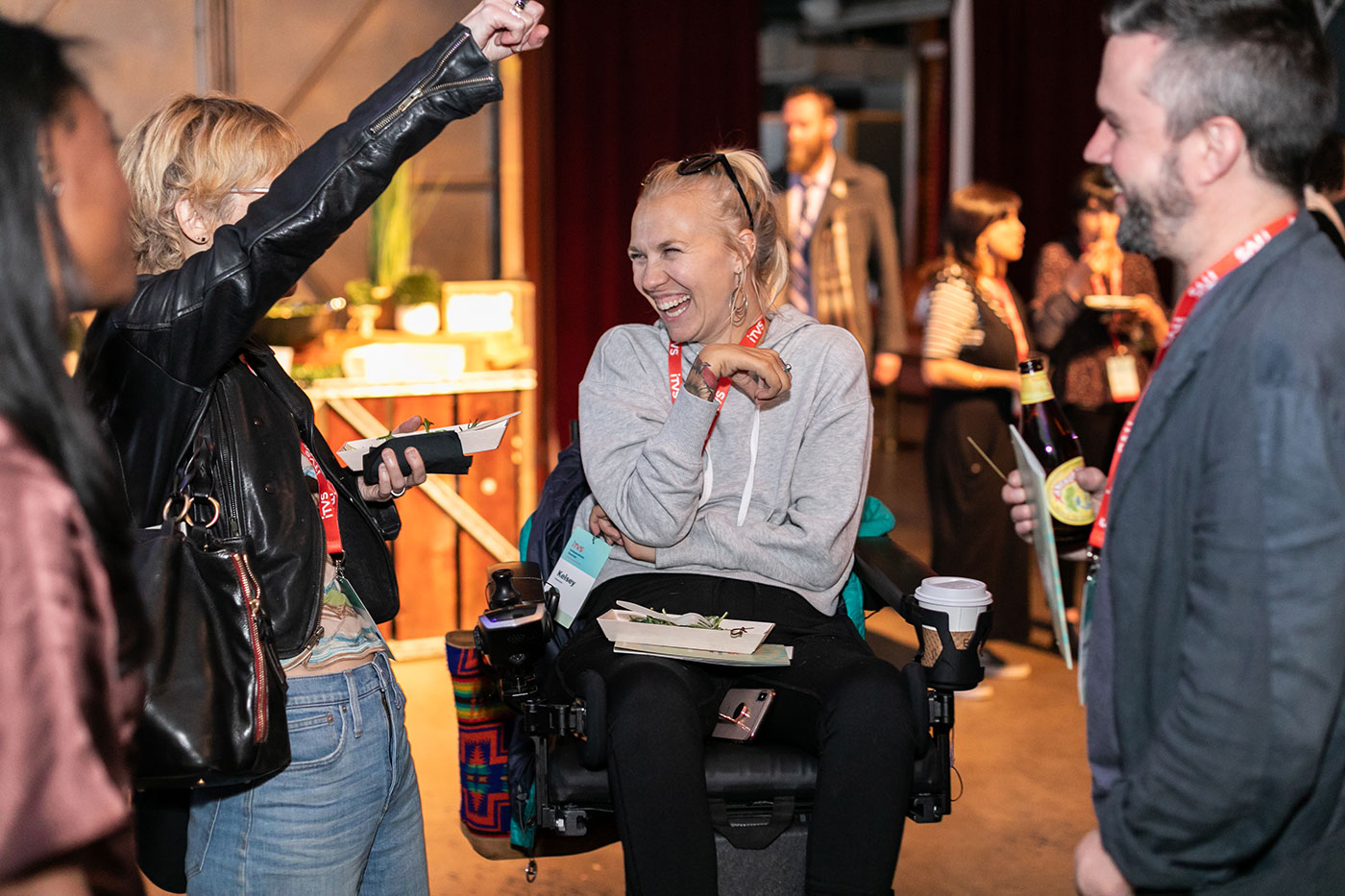 Kelsey Peterson with her team Eli Olson and Daniel Klein, at the Independents Summit; photos by Barak Shrama

As Keith McQuirter (whose previous film was Milwaukee 53206) put it, “I see it as an absolute honor when someone allows you into their home, into their life, or story, on top of bringing cameras into it.”

It’s a huge responsibility to tell someone’s stories, and it’s not something our filmmakers take lightly. Feel free to share your own personal filmmaking challenges and risks you've overcome, with us @itvsindies on Twitter and Facebook.

After these conversations, we at ITVS are thinking more deeply about what we ask of documentary filmmakers and the huge risks they take to bring us films that shape our understanding of the world.