From ITVS Open Call funding to an Independent Lens premiere, Out Of State director Ciara Lacy and producer Beau Bassett talked to us about the multifaceted and sometimes painful journey through the Hawaiian incarceration system.

ITVS: This story hits close to home for both of you. Can you explain why you thought it was important to bring it to public media?

Ciara and Beau: From the outset, we knew we wanted Out of State to find its home on PBS. Being able to reach households across the United States was incredibly important for our team as filmmakers and changemakers, and knowing that anyone, including incarcerated individuals, would be able to access the film free of charge via PBS was exactly what we hoped for. After many years of working on the project, we are proud to say we’ll be able to share the film with Independent Lens' audiences.

What was the process to gain access to and the trust of this community of incarcerated Hawaiians?

The first time I walked into the Saguaro Correctional Center in Eloy, Arizona, I cried. There in the middle of a dusty prison recreation yard were 100 men chanting, welcoming my entrance into the facility. Prior to arriving, I had reasonable concerns about filming in prison and had been advised by mentors to love my subjects but to also be cautious given their histories. Every expectation I had was immediately thrown out the door when I saw these men chanting, clothed in varying shades of traditional Hawaiian dress, and prison uniforms. Caught off guard, I did the only thing I knew how to do; I chanted a welcome back.

Once I realized we could connect as native Hawaiians, I understood we could make this film together. A documentary is only possible if everyone is committed, subjects and filmmakers alike, and trust is a two-way street. Moving forward, many of the men in the film participated in the project not only because they believed in our filmmaking team, but also because they knew that bringing their story to our community back home was vital. 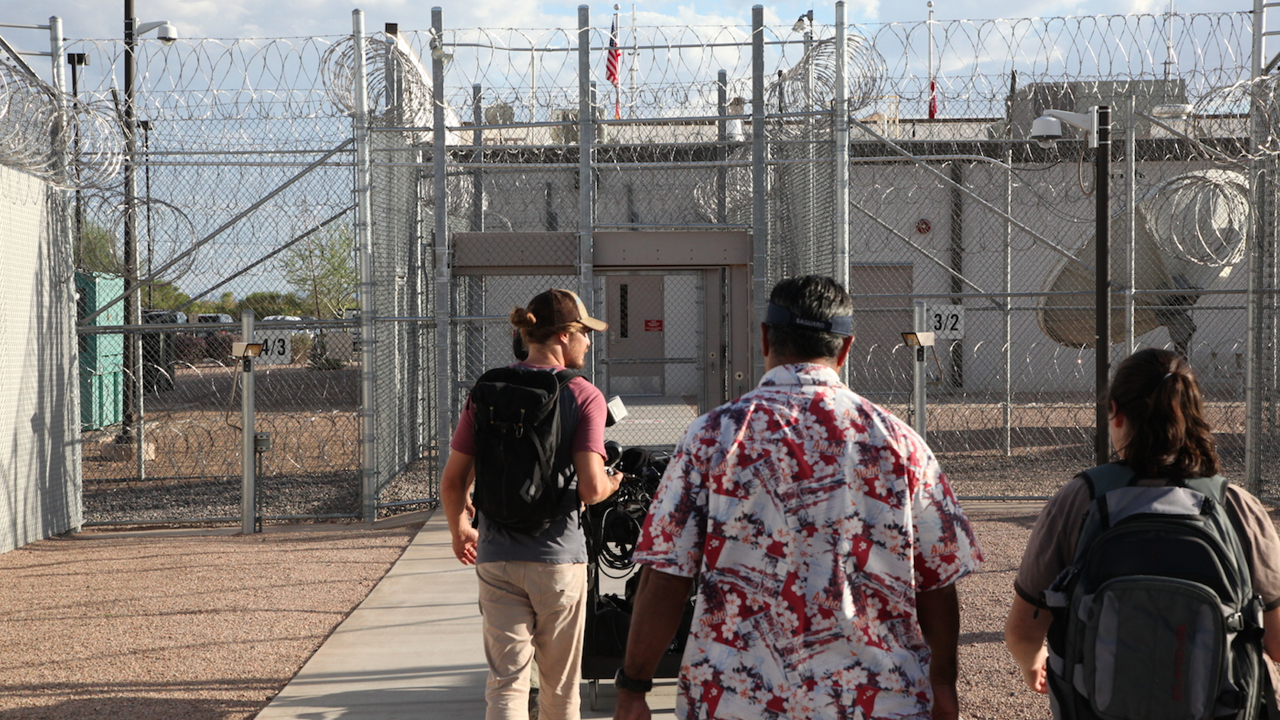 The film feels very emotional, tackling the need for expression, discovering your own culture, and family dynamics. What did you learn along the way that surprised you?

The process of making this film has reminded me of how important my values and worldview as a native Hawaiian really are. For Polynesians, we think of our value to our community first; thus, the impact of removal from our home is even more dire. It was difficult to watch the lives of our subjects, fellow native Hawaiians, move up and down with the struggles of reintegration after being gone for so long. There is so much to work to do when rebuilding your life, especially after serving time in prison, and so much of that work is centered around the individual. This can be incredibly lonely, particularly for native Hawaiians. How can we, as a community, help those post-incarceration find success? I truly believe that our country can and should do better to help people start over after completing their sentences.

Were there any conversations about the extraordinary space and freedom granted to the prisoners to learn and practice their native dance inside the prison?

The subjects in our film are allowed to practice their culture in prison, because of the religious freedoms afforded to all Americans. These “freedoms” did not come easy for native Hawaiian inmates.  For decades populations of native Hawaiians imprisoned in the American justice system have fought legal battles to have their native religious and spiritual practices recognized. The cultural protocols that we were able to capture in this film are pieces of Hawaiian spirituality that has yet to be understood by the American justice system. 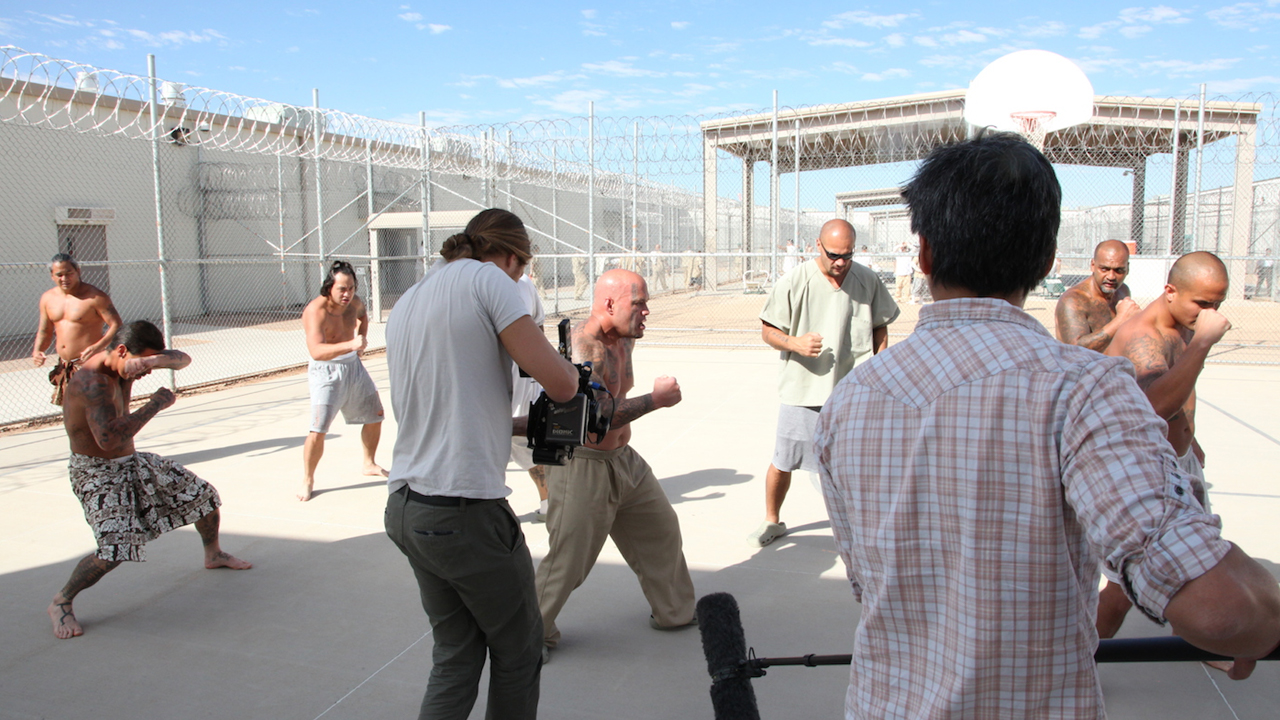 What have you been able to accomplish with ITVS as a funder and partner?

There aren’t many organizations that will take first-time filmmakers from a small community, guide the creation of their work, and then help them find a national platform to broadcast their film. With ITVS as a partner, we not only received the support necessary to finish our film in the way that we had always hoped; it also meant we could retain the intellectual property rights to our work, which is something you often must give up when creating work for broadcast. And, of course, together we were able to find distribution on Independent Lens, which was one of our goals from the very beginning of this project.

We were also thrilled to have the backing of Pacific Islanders in Communications (PIC), an organization tasked with supporting the creation of work for public broadcast by Polynesians. PIC understood our project from a cultural lens and had a strong pre-existing relationship with ITVS, which made working with both PIC and ITVS incredibly easy. For filmmakers interested in working with organizations like PIC, we highly recommend looking into the National Minority Consortia. Its members support works by minorities in the US, and its organizations include Center for Asian American Media (CAAM), Latino Public Broadcasting (LPB), Vision Maker Media (VMM), National Black Programming Consortium (NBPC), and, of course, PIC.

The feedback that filmmakers receive from ITVS can play a pivotal role in the storytelling process. Tells about some of the feedback you have received from ITVS and your supervising producer.

Our supervising producer Michael Ehrenzweig helped shape our film to have a broad reach, which is something that can be difficult to do when a story is so rooted in a close-knit community. By asking the right questions, they helped probe for the true potential of the work, ensuring it could translate for those outside of our home. Their feedback also helped us from going down avenues that might feel worn or overdone. We truly wanted our work to feel fresh, and having the feedback from ITVS, an organization that advises on many award-winning films each year, kept us, as new filmmakers, on track to find more creative solutions to storytelling.

If you could give other filmmakers one piece of advice based on your experiences producing Out of State, what would it be?

Always trust your gut. Find and hold close anyone willing to champion your work and its cause, and always be grateful for that support. Don’t just say you’re filled with gratitude; show it. Send thank you cards, make phone calls, and always get back to people. Being thoughtful goes a long way! 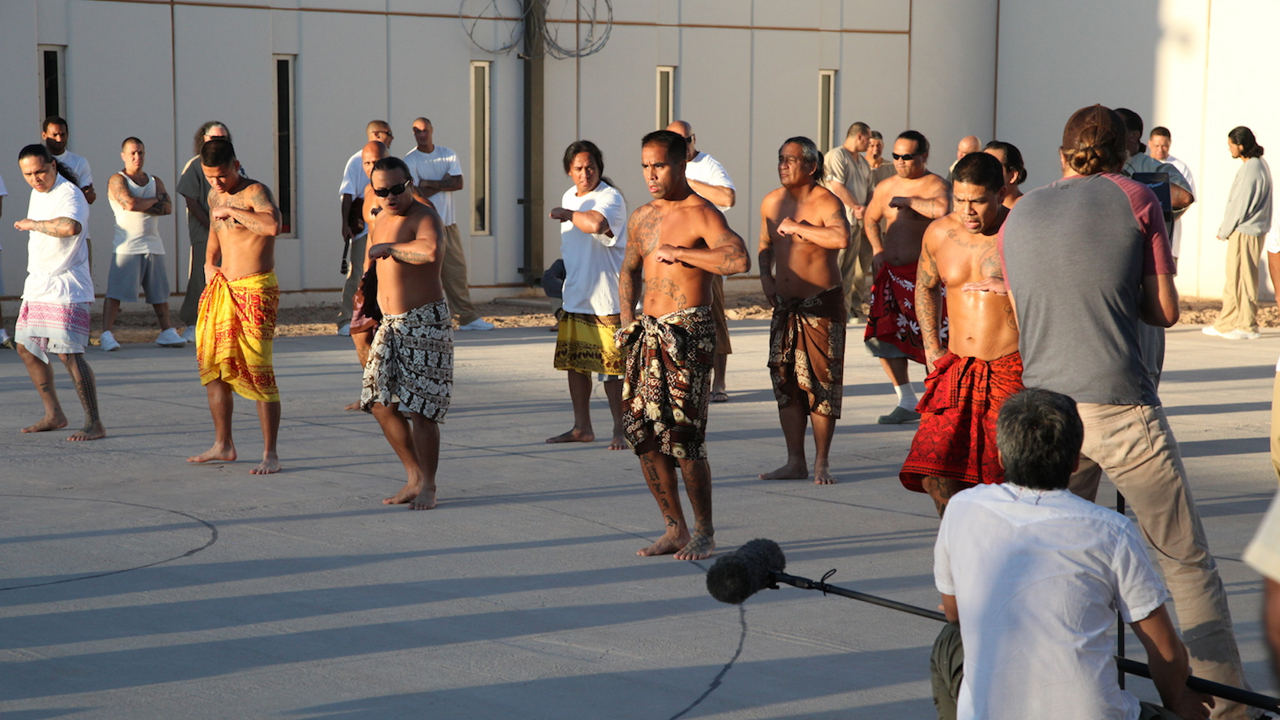