Documenting a 5-month journey of self-healing across the country was the goal of Almost Sunrise director Michael Collins and producer Marty Syjuco. What they discovered along the way was an issue seldom talked about but that affects so many American veterans.

We were fortunate to have Michael and Marty speak at our headquarters as a part of our Diversity and Inclusion program at ITVS. Read about how Almost Sunrise has shown light onto moral injury and the filmmakers' campaign to help medical facilities, policymakers, and veterans understand more about this affliction.

ITVS: How did you meet Tom and Anthony, your film protagonists?

Michael and Marty: I (Michael) met Anthony in 2012 in Madison, WI when I was volunteering for a veteran’s organization creating a video. While there, I remember one vet mentioned, “Twenty-two veterans kill themselves every day.”  I thought I misheard. I didn’t. In that moment I knew I wanted our next film to be about the veteran and military family experience, but didn’t know what the story would be. About six months later, I came across a video online where Anthony and Tom were trying to raise some funds to support their walk across the country. I recognized Anthony and immediately reached out.

Marty and I flew to Milwaukee that week to meet the guys and interview them.  Little did we know they were also interviewing us!  We could see that they were using this journey to not only call attention to the issues veterans were facing, but to heal themselves.  We saw the opportunity to follow a very personal, character-driven story that could if they achieved their goal to heal, be used as a tool to inspire others. Two weeks later, we were on the road with them walking across the country. 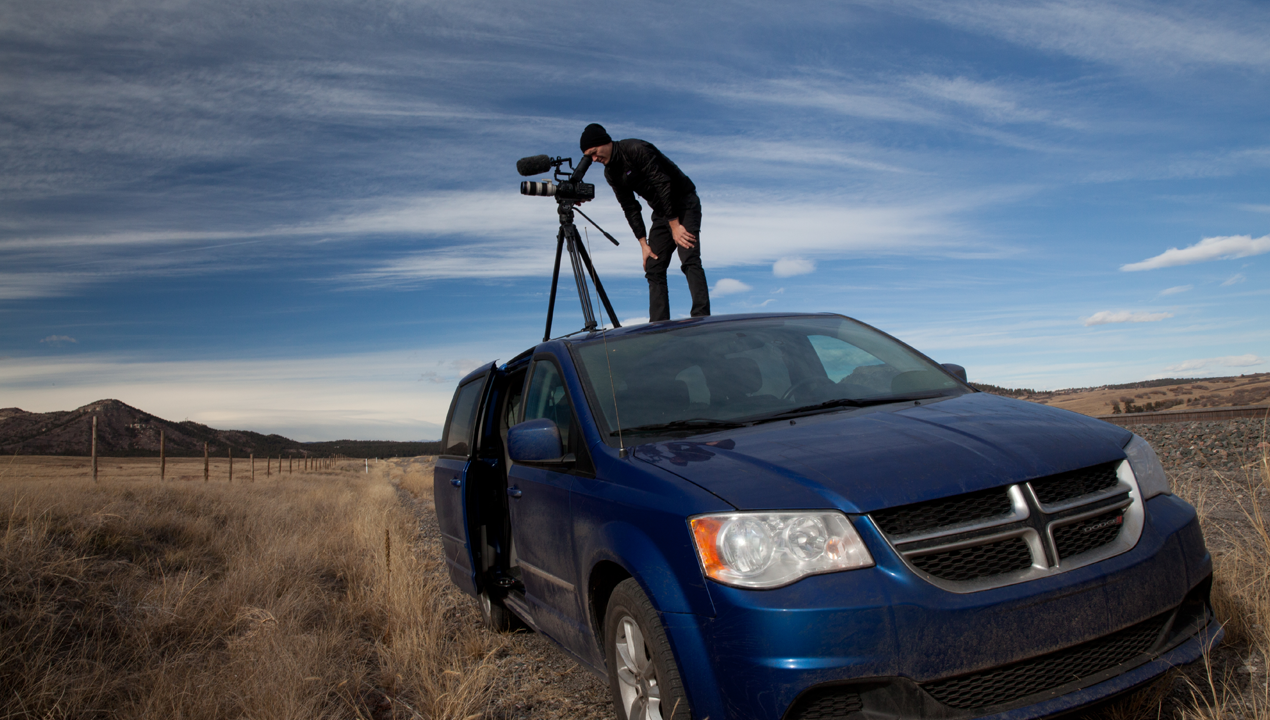 Moral injury is a topic that many people may not be as familiar with as PTSD. What inspired you to tell this story?

When we started this film we knew we didn’t want to make another film about Post Traumatic Stress, perpetuating a narrative of the broken soldier. Intuitively we all know that there is so much more to the “invisible wounds of war.” In a way, we’ve undermined our ability to address the complexities of these wounds by labeling everything PTSD, which is associated with fear-based trauma and shock to the nervous system.

While we were filming we came across a series of articles by war correspondent David Wood about moral injury – it was a game-changer. Moral injury is characterized by the guilt and shame one carries that often come from being in extraordinary situations in war; wounds to the soul.  Medication and pills cannot reach the depths of these pains.

We felt this was an important conversation that the country needed to have. One that explores the true cost of war, the morality of it, and the extraordinary sacrifice we are demanding of our soldiers and military families. Also, to show effective modalities of healing that go beyond traditional therapies such as meditation and time in nature.

As filmmakers capturing the five-month trek with Tom and Anothny, you committed to taking the journey with them. What did you learn along the way?

It was incredible to observe how much healing comes from human connection, from feeling a sense of community.  We observed how Tom and Anthony brought out the best in humanity, from all the strangers they met along the way.  As they approached a town, people would come out and try to serve them any way they could. They might buy them a meal or offer them a place to sleep and do their laundry. Some would seek them out just to thank them, encourage them, to share their stories, to walk with them for a few miles, to give them whatever they could to help support their journey.

It was like they saw some aspect of themselves in these guys and had a stake in their healing journey. So while it was healing for Tom and Anthony to make these connections and feel this support, it was also healing for the civilians. Witnessing this was a tremendous gift. 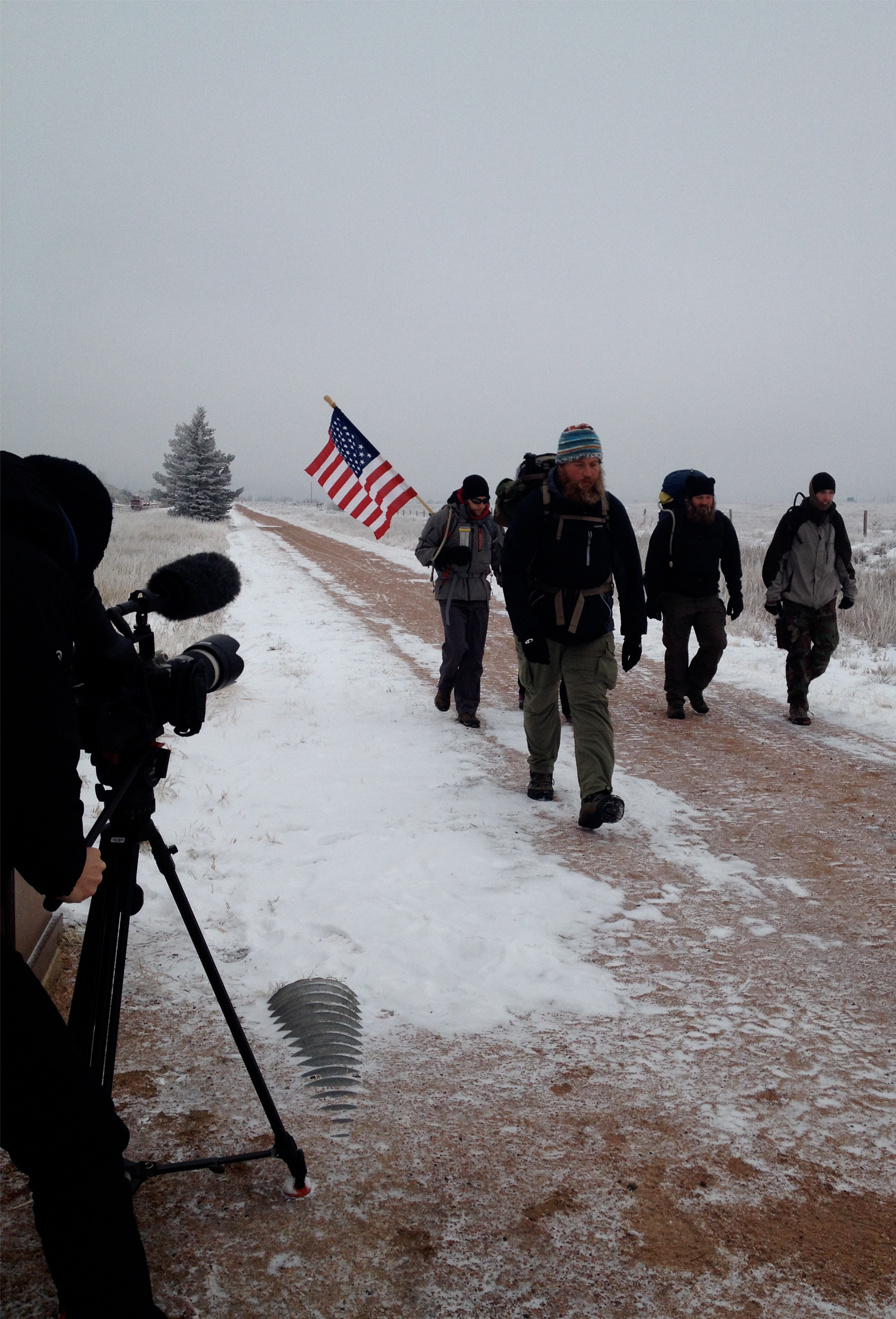 Almost Sunrise has had a large impact on the discussion of moral injury. Tells us about the engagement strategy surrounding the film?

When we began making this film, we knew from day one we wanted to create a robust impact campaign as part of our distribution strategy with the goal of empowering veterans and providing hopeful solutions to the suicide crisis. Addressing moral injury was a key component for achieving this.

While there are four main pillars to our campaign, “Educating on Moral Injury” was always first and foremost. On one hand, we wanted to raise public awareness by sparking a national conversation in media, therefore it was part of the core messaging in all our publicity materials. We were fortunate that when the film premiered in 2016, The New York Times did a feature on us in the Science & Health section, highlighting moral injury.  Since then we’ve had over 200 articles and news stories to date, and moral injury is not only mentioned but often the central focus of the piece.

Additionally, we knew the importance of having veterans themselves learn about this concept. We’ve witnessed first-hand how this has given so many of them hope and set them on a path towards healing – especially those who were misdiagnosed with PTSD.

Finally, we wanted to arm healthcare providers with this new understanding as it can strengthen their communication with veterans and help inform more effective treatment plans. We created educational materials and short videos that dive deeper into moral injury and holistic treatment methods. We conducted direct outreach to care providers through targeted email campaigns and by personally attending a number of national conferences. As a result, the film + campaign have been embraced by the mental healthcare communities nationally, including the VA, NAMI, and others. We were also recognized with awards from SAMHSA (Substance Abuse and Mental Health Services Administration) and the NASW (National Association of Social Workers) for our positive impact in the field.

What were you able to accomplish with ITVS as a funder and partner?

The first thing that may seem pretty obvious is we were able to finish the film!  Not only finish but also elevate production cinematically in the way we envisioned.  ITVS came in with nearly half of our production budget, so instead of continuing to expel energy fundraising and applying for countless grants – we could stay focused during filmmaking.  And that is huge!

When we embarked on this film project, it was our dream to make this film accessible to the American public for free, especially given its subject matter. So as soon as ITVS came on board, we could breathe easier, because we knew we would have PBS as a partner.  Not only would the film reach its intended audience, but we were able to realize its fullest potential.

Also, we partnered with ITVS to create a wraparound short video called Voices of Resilience as a means to delve deeper into the issues that arise in Almost Sunrise.  Our television premiere was scheduled for Veterans Day, and Voices was the perfect bookend for our PBS broadcast, and ITVS supported us every step of the way.  And the support doesn’t just end after the film is done...  We remember at our San Francisco premiere, Jim Sommers, Senior VP at ITVS, came to our screening, which meant the world to us.

The feedback filmmakers receive can play a pivotal role in the storytelling process. Tells about some of the feedback you received from ITVS and your supervising producer.

We were always eager and grateful for the insights provided by our brilliant ITVS supervising producer, Michael Ehrenzweig. After spending years so close to our footage, characters and story, the insights we would get from an outside perspective were invaluable and always welcome.  We had the added benefit of working with an SP who was a filmmaker himself. With his fresh eyes, he could always help diagnose aspects of the story that needed more attention. We remember in an early cut we introduced a new character about halfway into the film whose arc was very dramatic and emotional - but somehow, we couldn’t get it to land and it was throwing off the entire film. It was after a feedback session with Michael that we finally arrived at the very difficult realization that there wasn’t space in the film for this new character, and once we removed the section everything started falling into place.

And our SP also shows up!  Michael joined us at Google to introduce the film when we had a special screening at the Google Campus in Mountain View. 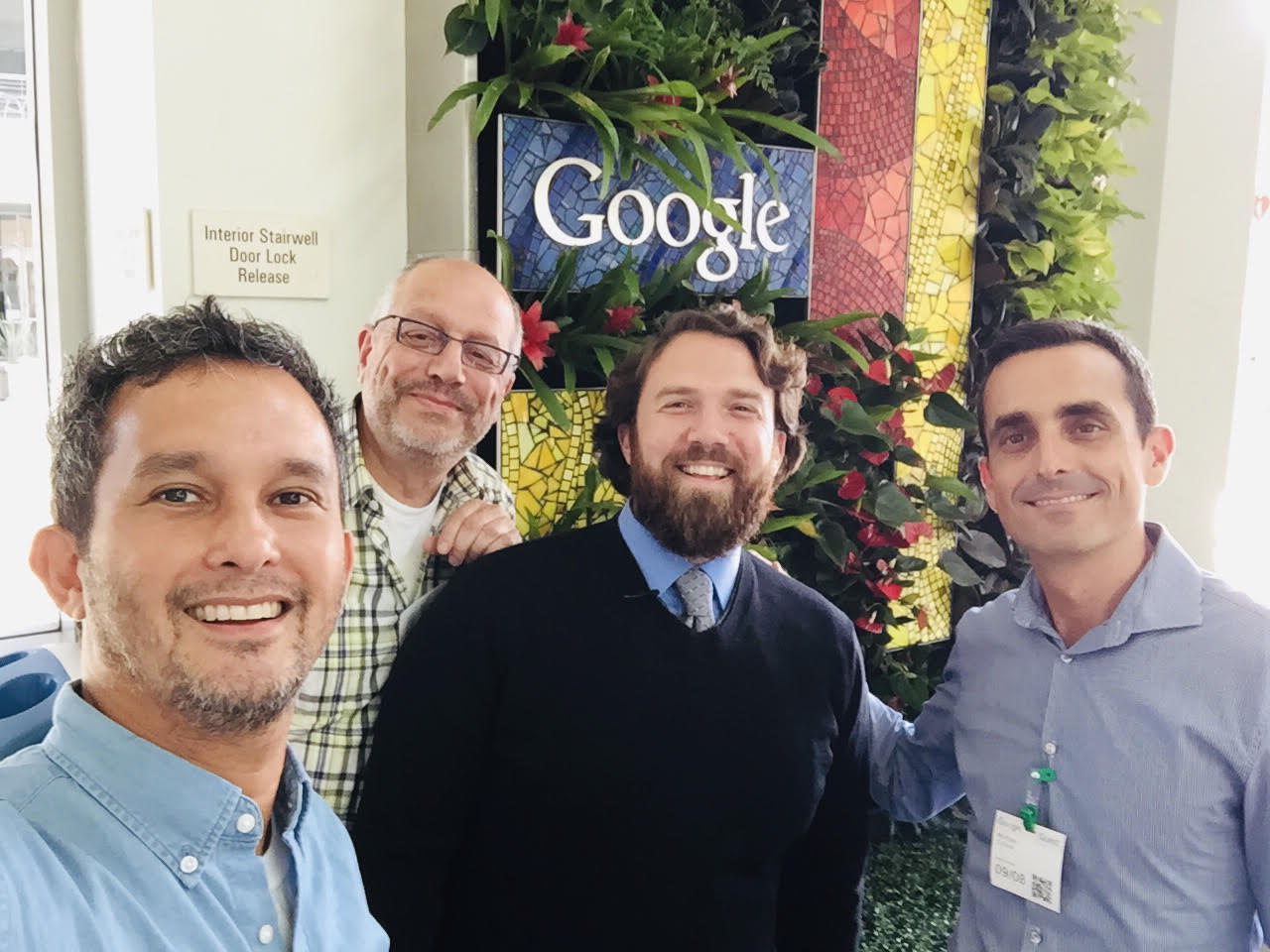 If you give other filmmakers one piece of advice based on your experiences producing Almost Sunrise, what would it be?

After finishing a film we always wonder, "How are we ever going to find another story that we care this much about?"  As documentary filmmakers, our lives become immersed in all aspects of the project, for many, many years!  So it’s important to have clarity, and an unwavering belief that this is a story that the world needs to hear, and one that we need to tell. We all know it’s not an easy process, nor a lot of fun most of the time – but we know how rewarding it can be, especially when you see others benefiting.  So keeping your original vision close to your heart and accessible can be a powerful guiding force and source of energy during the darker times. That, and a meditation practice…  Seriously, it’s a game-changer!

Almost Sunrise was co-produced with ITVS Open Call production funding and premiered on POV on PBS.