Detroit's most innovative people refuse to leave their building, even as the flames are rising. 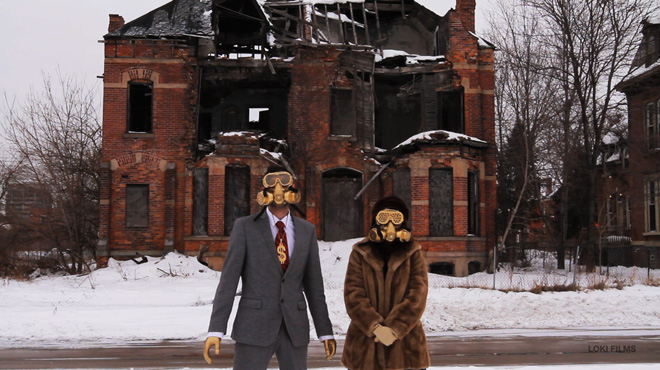 Heidi Ewing is the co-director of Jesus Camp, a provocative documentary on the Evangelical right that was nominated for the 2007 Academy Award. She and Rachel Grady recently premiered 12th & Delaware at the Sundance Film Festival. The film, made in collaboration with HBO, takes a candid look at the war between the pro-life and pro-choice factions.… Show more Ewing with Grady also co-directed a recent film on Saudi Arabian teens for MTV and is part of a consortium of filmmakers that adapted the bestselling book Freakonomics for the big screen. Previously, Ewing delved in the dramatic world of Cuban politics with Dissident, a film about the struggle of Havana-based Nobel Peace Prize nominee Oswaldo Paya. Heidi and Rachel Grady are the co-owners of the NYC-based production company Loki Films. Show less

Other ITVS Films
The Boys of Baraka

Rachel Grady is a private investigator turned filmmaker. She is the co-director of the Emmy-nominated documentary The Boys of Baraka, which won the 2006 NAACP award for Outstanding Independent Film and aired on P.O.V. She and her directing partner Heidi Ewing followed with Jesus Camp, a startling chronicle of the Evangelical movement through the eyes of… Show more young children. The A&E Indie production was released theatrically by Magnolia Pictures and was nominated for Academy Award. She and Ewing recently completed a film on the pro-life movement for HBO. Rachel has produced and directed non-fiction films for MTV, VH1, TLC, CBS, Discovery Channel, A&E and Britain's Channel 4, and in 2007 Time Magazine included her as one of five innovators in documentary film. Rachel and Heidi are the co-owners of the NYC-based production company Loki Films. Show less

Other ITVS Films
The Boys of Baraka

Detroit was the birthplace of the middle-class; a great city that came with the guarantee of the American dream. Today, the Motor City is suffering from a bad case of post-industrialism. Hit with the deadly combination of myopic executives, corrupt politicians, severe racial tensions, and a lack of innovation, Detroit now stands as a shell of its former self. And according to an increasingly loud chorus in the media, Detroit is "dead."

But look a little closer and find that Detroit just may be the ultimate incubator for fresh ideas — a Petri dish of creativity borne out of frustration and unwillingness to give up. With quintessential American pluck and grit, this city just may rise from the ashes thanks to a dynamic cluster of innovators, entrepreneurs and proud, self-proclaimed "hustlers."