The Order of Myths

Beneath the surface of pageantry at America’s oldest Mardi Gras lies a complex story about race relations and the racial divide in America. 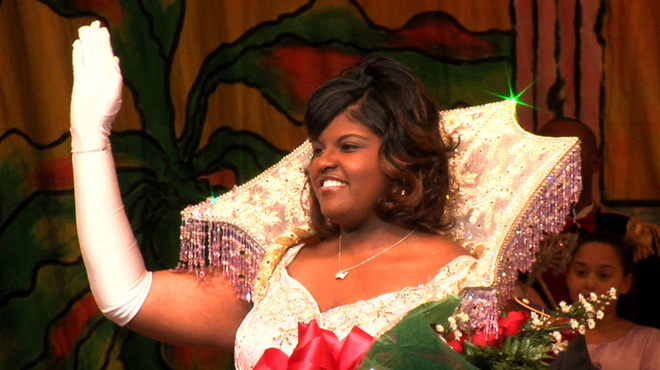 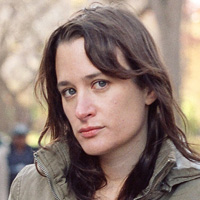 Margaret Brown is the producer and director of the acclaimed documentary, Be Here to Love Me: A Film About Townes Van Zandt, which was released in the United States by Palm Pictures and received worldwide theatrical distribution in 2005. Be Here to Love Me premiered at the Toronto Film Festival, was the opening night film at North America’s premier… Show more documentary film festival, Full Frame and the closing night film at the Nashville Film Festival. Brown directed the music video Our Life is not a Movie or Maybe for Okkervil River and she produced Catpower’s Living Proof video, directed by Harmony Korine. She also produced Six Miles of Eight Feet, which won a Student Academy Award in 2000. Brown was the cinematographer for Ice Fishing, which received a special jury prize from Sundance in 2000; she received the Néstor Almendros Award for cinematography from the NYU graduate film program. The short film she directed while at NYU, 99 Threadwaxing, starred Justin Kirk and Heather Burns and was screened at film festivals across the country. She produced the narrative feature film Mi Amigo, released in 2006 by ThinkFilm and starring Josh Holloway of Lost. Brown earned her BA from Brown University in creative writing and her MFA in film from New York University. Show less

The first Mardi Gras in America was held in Mobile, Alabama in 1703. Three hundred and five years later, the city’s annual Carnival is split down the middle, with separate but not quite equal celebrations — one for whites and one for blacks.

In The Order of Myths, filmmaker Margaret Brown — herself a daughter of Mobile royalty (her mother was a Mardi Gras queen) — examines the rituals and traditions that both divide and link the two events and their participants.

Brown is granted unprecedented access to the preparations and celebrations as she unmasks the exotic world of secret mystic societies, centuries-old customs and pageantry that surround both Mardi Gras traditions. The film begins with Mobile is abuzz about the imminent announcement of the two new Mardi Gras royal courts.

But the narrative takes an unexpected twist when it is revealed that this year’s white Mardi Gras queen, debutante Helen Meaher, is the direct descendent of an outlaw who ran the last slave ship to enter the United States, more than 50 years after a federal ban abolished the slave trade. His ship, the Clothilde, contained an ancestor of the film’s black Mobile Mardi Gras Queen of 2007, Stefannie Lucas. Her forebears fled into the woods outside of Mobile, known as Africatown, rather than be burned alive when the Clothilde ran aground.

The Order of Myths traces the anticipation of Mardi Gras — an event that brings a quarter of a billion dollars to the Mobile economy — eclipsing any interracial discord that might cloud the excitement. Buried in the preparations for jewel-studded crowns, voluminous, hand-sewn gowns and trains, surreal masks, and enormous papier maché floats, is the knowledge that as recently as 1981, a black youth was lynched in Mobile.