In the land of memes, baby photos, and selfies, social media can serve many purposes for users. Social media not only connects friends and families who are wide distances apart but also allows users to author their own stories. The Instagram grid can be an archive of personal growth, while Facebook videos can narrate lived experiences.  For many documentary filmmakers, social media can serve as a source for stories, archives, and investigative research. Even the US government considers social media a public record. According to the National Archives and Records Administration, for government agencies and public schools, archiving social media is part of the United States’ public record laws.

In People's Republic of Desire, director Hao Wu documents China’s live-streaming community, one akin to YouTube’s cult-like culture. The film investigates how online video chat platforms affect the lived experiences of internet personalities, such as icons Shen Man and Big Li, as well as both wealthy and low-income fans. For Wu, documentary films have had a hard time integrating the online and offline worlds in visual storytelling. “For young people, social media is the reality, it is a natural extension of their lives,” Wu says. "Documentaries need to embrace social media and new ways of portraying digital experiences.”

“There was a fan economy before the internet but the internet makes the fan economy more direct and immediate, cutting out the middleman. The internet doesn’t create new desire but comes up with newer ways to satisfy the desire,” says Wu. 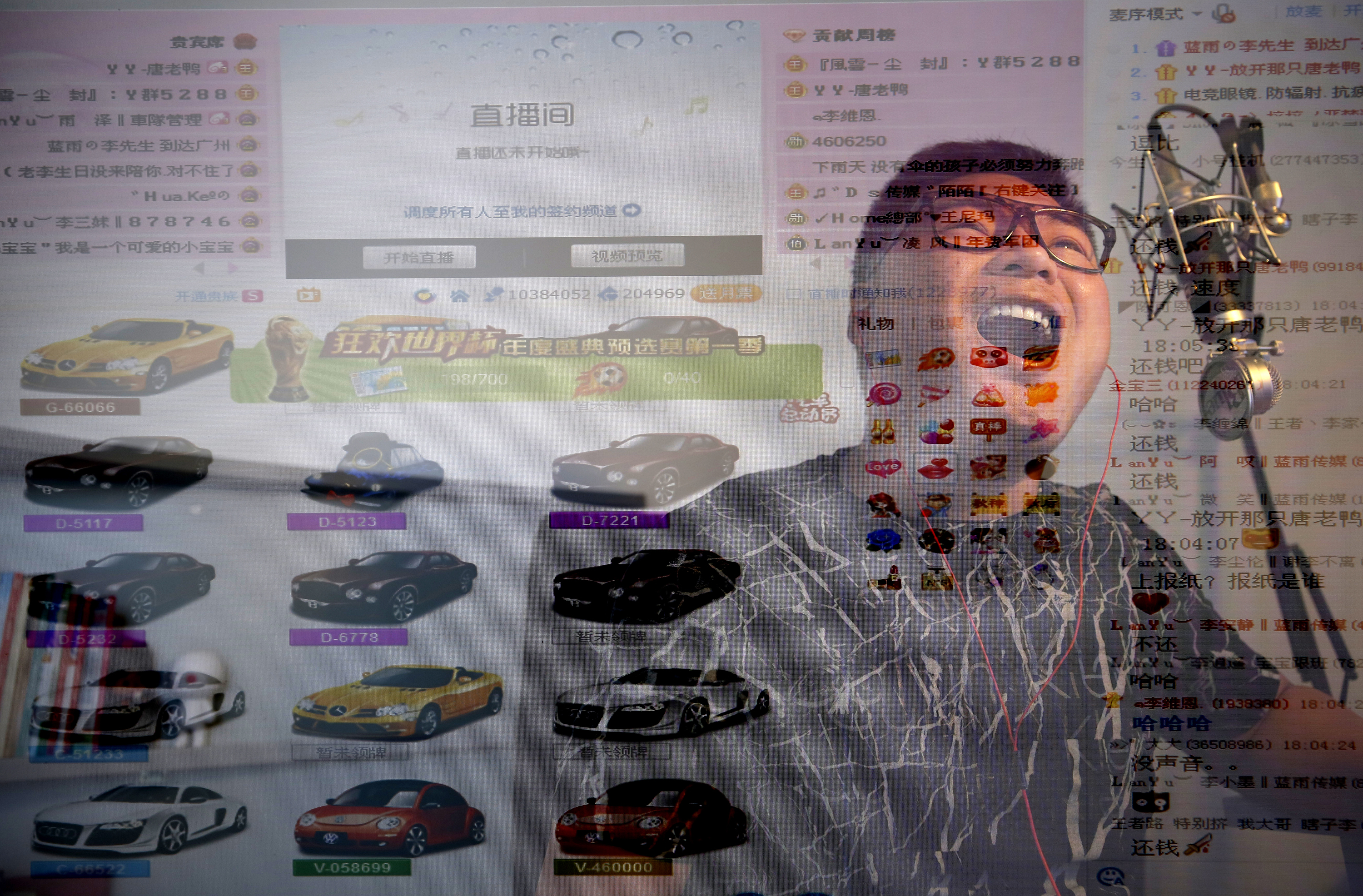 Part of the challenge in producing People's Republic of Desire was taking something fundamentally uncinematic, the internet, and translating it into a visual language. Much of the footage consisted of his subjects sitting in front of a computer or on their phones with 2D scenes of the live-stream platforms. In addition, thousands of people were in the chat room at a time, moving too quickly to register on film. “How does one edit a character-driven story that follows characters both online and offline?” Wu asks.

“When we think of documentaries, we think of observational or talking head films but when depicting digital communications -- such as Facebook, Twitter, or text messages -- graphics are necessary.” Wu took inspiration from science fiction films and worked with animators and graphic designers for almost a year to create a 3D digital landscape. To blend the two worlds, the team overlayed footage from the live-streams onto wide-angle cityscape shots, personifying the characters through avatars in the digital landscape. The interactions in the video chat platform, which consisted of cash rewards for idols, were portrayed as digital gifts such as lollipops and airplanes. Everything that happened in the digital landscape was a replica of the actual activity that happened on the platform. The 3D visualization also made it possible for Wu to change the camera angles and speed. “Graphics, instead of talking head interviews, are important to use when portraying the virtual and tech world as a storytelling device,” says Wu. “As long as the messages or interactions happening in reality, filmmakers can use graphics on-screen. The viewer can observe information without the use of interviews.” 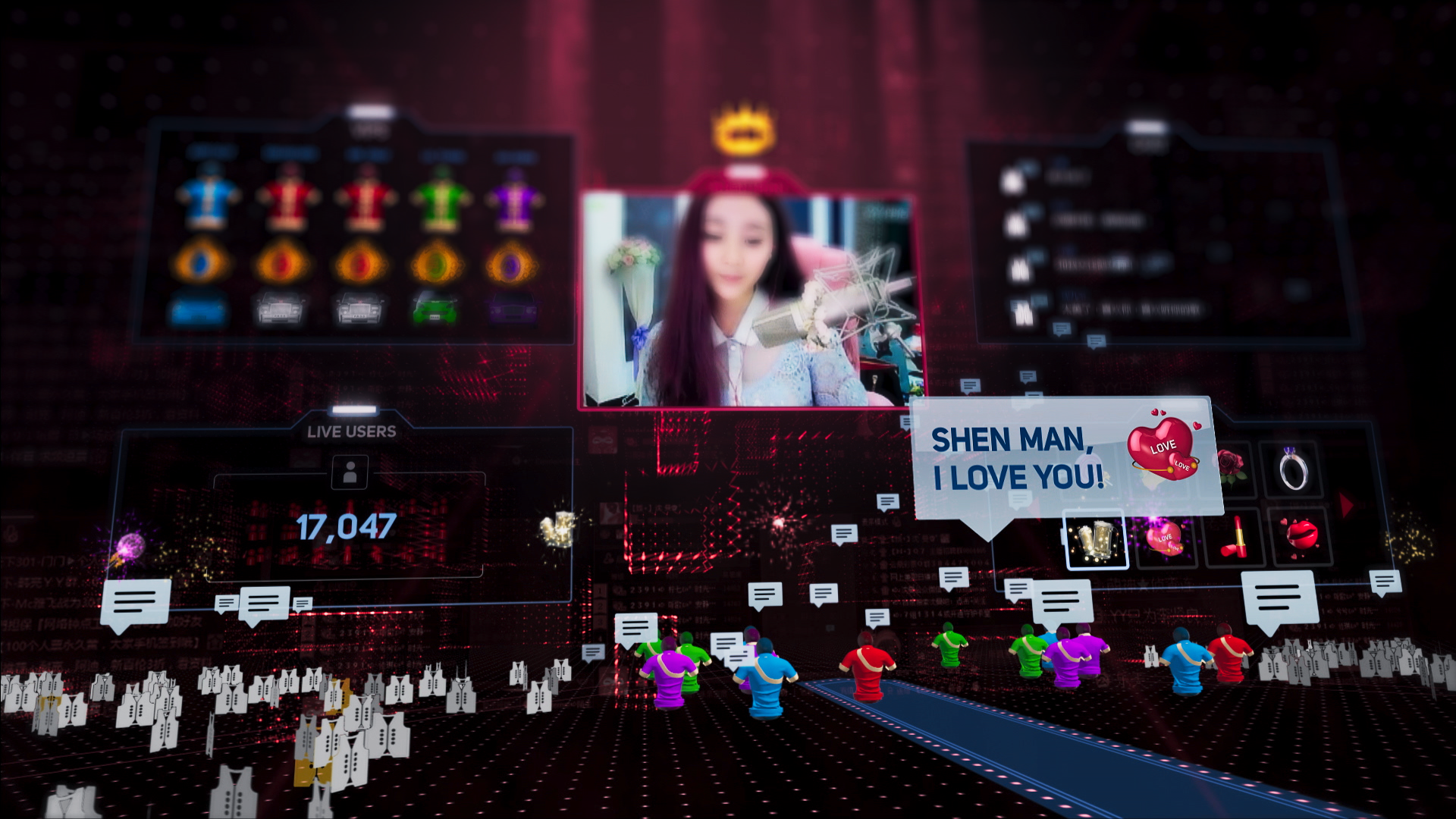 By creating the 3D digital landscape, Wu was able to bring the viewer into the digital world to experience the interaction and excitement. When the film cut to the real world, their actions were directly informed and influenced by what occurred in the live-stream digital landscape. Thus, Wu was able to provide a well-rounded perspective of both the character’s real lives and digital personas. The overall editing took two years to perfectly merge the online and offline worlds. 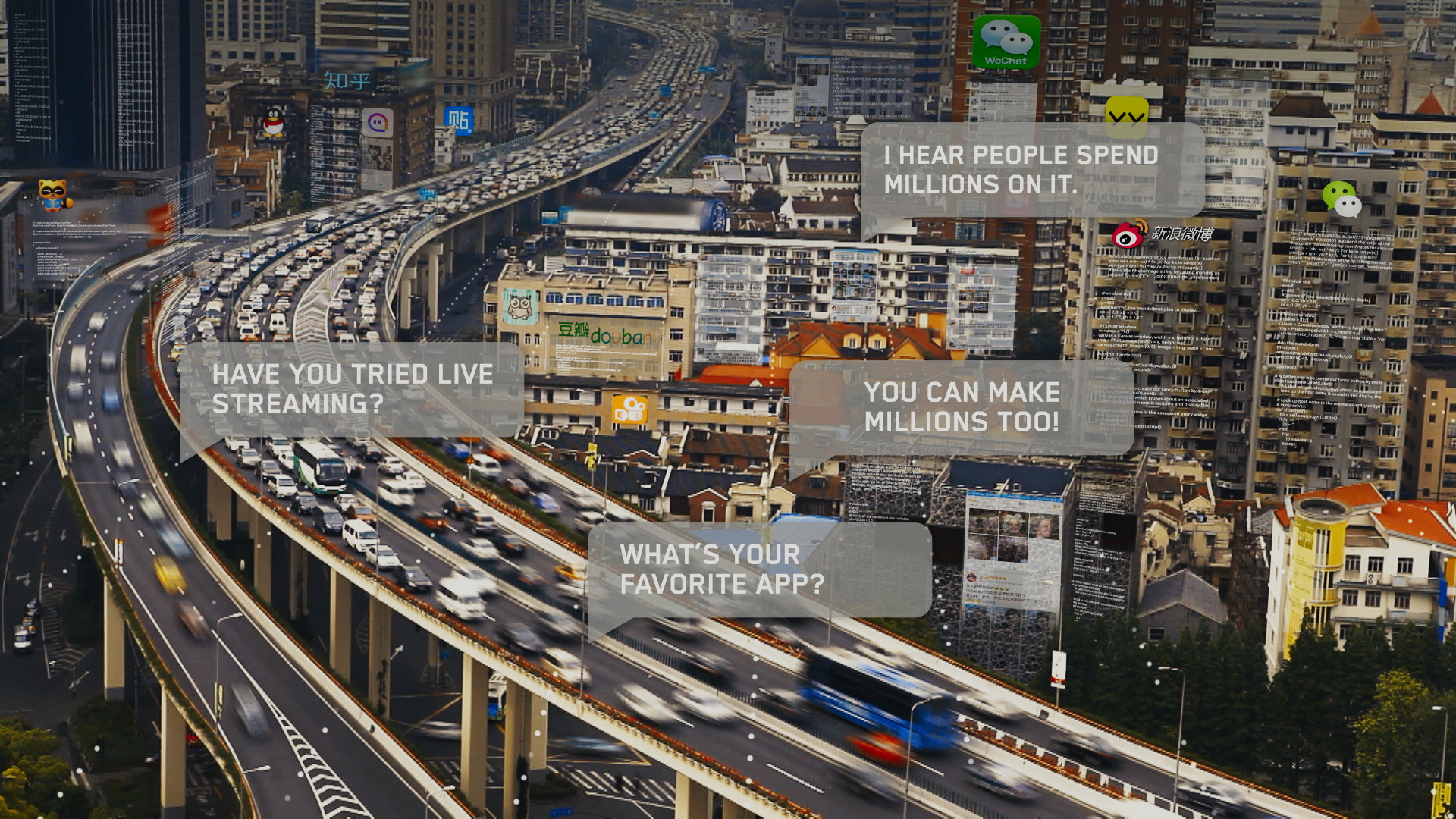 “I felt liberated to use graphics in telling stories," Wu continues. "Digital communication, like texting, is becoming more common. And, that changes what vérité footage looks like for documentary filmmakers because no one makes calls anymore. As modes of communication change, filmmakers need to be able to adapt to the new reality.” In particular, Wu was inspired to re-envision the way he portrays characters texting or posting on social media by having communication pop up on the screen as is done in narrative films.

People’s Republic of Desire was co-produced with ITVS Open Call production funding and premiered on Independent Lens on PBS.