Artist Peter Anton has spent decades chronicling his life into an autobiography, and nothing will stop him from seeing it published. 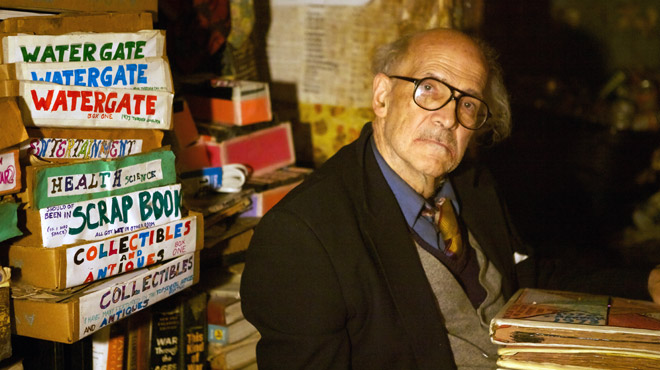 Dan Rybicky is an artist and teacher whose photographs, installations, and plays have been seen in venues throughout New York, Chicago, and Los Angeles. While receiving his MFA at the Tisch School of the Arts, Dan helped found The Playwrights Collective and began working in various production capacities for filmmakers Martin Scorsese, John Sayles, and… Show more producer Sarah Green (The Tree of Life). Dan is an associate professor in the film Department at Columbia College Chicago where he oversees the school’s Documentary Center. The next film he plans to direct will be a profile of iconic American photographer Mary Ellen Mark. Show less

Aaron Wickenden is a filmmaker with extensive experience as an editor and cinematographer. He co-edited Kartemquin Film's The Interrupters, a feature documentary by Steve James (Hoop Dreams) and Alex Kotlowitz (There Are No Children Here), which premiered at the 2011 Sundance Film Festival and went on to win many top honors before its TV debut in the… Show more spring of 2012 on PBS' FRONTLINE. The project marked Aaron’s fifth significant collaboration with James and third with Kartemquin. Aaron’s editing credits include the feature documentaries The Trials of Muhammad Ali and Finding Vivian Maier. Aaron’s past credits include: Editor of Scrappers, which was named one of the top 15 docs of 2010 by Roger Ebert; and as Documentary Cinematographer on the film Andrew Bird: Fever Year. Show less

Eighty-two-year-old Peter Anton has spent decades obsessively chronicling his life story in a massive, illustrated autobiography titled Almost There, and nothing — not poverty, isolation, or crippling disabilities — will stop him from seeing it published. Anton’s work, which is best described as outsider art, was made in the home where he’s been living since he was a child. With his immediate family long dead, the home has fallen into squalor and his health is failing.

Almost There tells the story of the controversial art exhibit the filmmakers collaborated on with this charismatic yet curmudgeonly character. The media spotlight turns on Anton, and his lifestyle as a “hoarder” causes the housing department to take notice and condemn his home. The filmmakers follow Anton’s tumultuous transition out of his childhood dwelling and into a senior community: a triumph of perseverance and the happiest place he’s ever been. Along the way, they meet those like themselves who are compelled to help this elderly artist, while asking: What responsibilities do we have to others in need, and where should boundaries be drawn?