Backside intimately explores the daily life and expertise of the migrant workers behind the Kentucky Derby, the most famous horse race in the world. 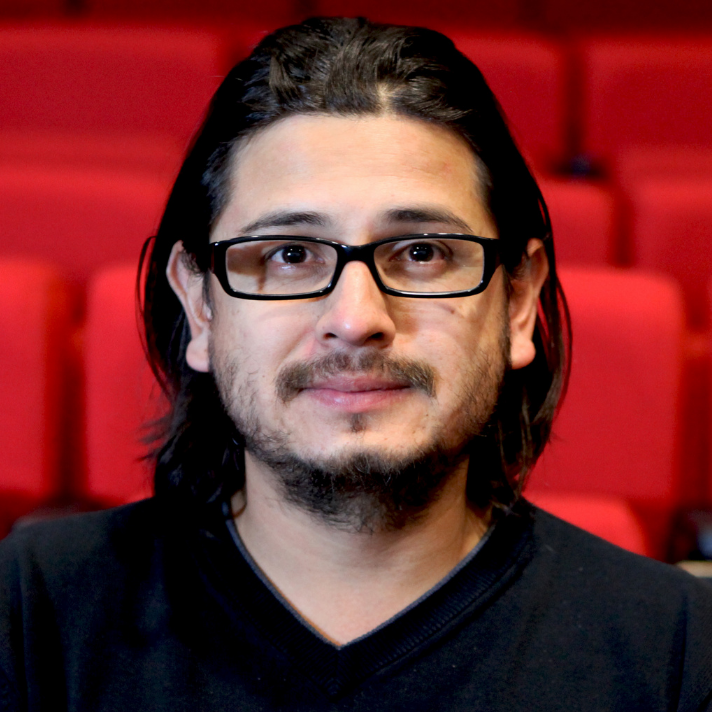 Raúl is a Mexican immigrant filmmaker, cinematographer, and multimedia creator. His work intersects contemporary art, political documentary, and visual ethnography to explore themes of belonging and alienation in immigrant communities. His last feature film Border South follows the migrant routes from southern Mexico to the U.S.-Mexico border.… Show more The result is a close-up, nuanced, and highly original view of the migrant experience, one fraught with risk and danger but also comradery, ingenuity, and humor. Border South had its world premiere at the 2019 Sheffield Doc/Fest in the U.K., and its Latin American premiere at the 2020 Guadalajara International Film Festival (FICG) in Mexico. Raúl is a Princess Grace Awards Special Project Grantee, a Tribeca Film Institute grant recipient, a 2018 IFP Filmmaker Labs fellow, a 2018 BAVC MediaMaker Fellow, a 2018-20 Firelight Media Documentary Lab Fellow, a 2020 New America National Fellow, a 2018-20 Ford Foundation, JustFilms grantee, a Colorado Humanities grantee, and a 2020-21 Sundance Institute grantee. Show less

Patricia is a Puerto Rican anthropologist and filmmaker whose scholarly research and creative practice develops in the folds between ethnography, critical theory, and the documentary arts. Her more recent works converge on issues of political economy, gender and indigenous representations in Latin America. She has been a documentary programmer for… Show more various film festivals and screenings in Latin America and the US, and was the director of the Society for Visual Anthropology Film and Media Festival. Currently, she is an Assistant Professor in the Anthropology Department and faculty for the Latin American and Latino Studies Program and the Film, TV and Interactive Media Programs at Brandeis University. Show less

Gabriella Garcia-Pardo is a Colombian-American documentary producer and cinematographer based in Washington, DC. She is drawn to stories of home, migration, climate justice, and conservation. Gabriella collaborates with both independent productions and media organizations including Netflix, TIME, Showtime, and The Guardian. She has… Show more contributed cinematography to projects such as The Fourth Estate and The Infiltrators, as well as in-progress films Fruits of Labor, Dwarfish, and The Vow. Gabriella has been supported by the Sundance Institute, Catapult Films, IWMF, BAVC, and the New Orleans Film Society’s Southern Producer’s Lab, among others. She is currently producing her first feature film in Colombia with directors Sebastián Pinzón Silva and Canela Reyes. And is a 2020 Sundance Creative Producing Lab Fellow and 2020 Impact Partners Producers Fellow. Show less