Three Mormon men embark on a rite of passage in Germany as part of an effort by Mormon missionaries to spread their faith at home and abroad. 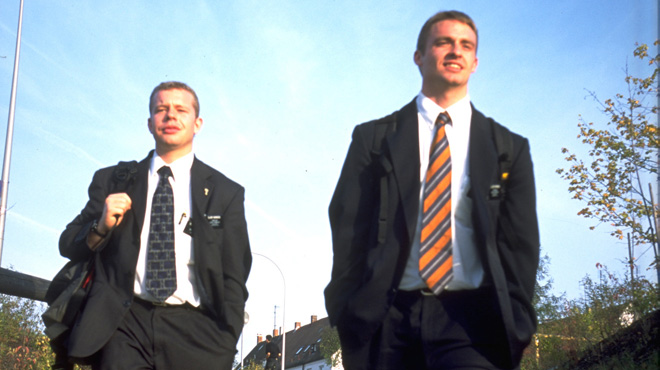 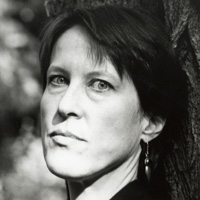 Nancy du Plessis’s award-winning first documentary, Future Remembrance: Photography and Image Arts in Ghana (with Tobias Wendl, 1998), focused on the realistic painted backdrops used in Ghanaian photo studios. Opening her own production company in 1999, she produced, directed and wrote If These Walls Could Speak! Mural Painting in Belfast (2001),… Show more which received the Prix Arts de la rue in the XXVIe Festival international du film d’art. du Plessis studied performing arts at Northwestern University and New York’s Circle-in-the Square Theatre School, urban design and journalism at New York University, and theater anthropology at the University of Paris. She has performed at theater and poetry festivals, art centers and universities in North America, Europe, and Africa. Her articles, poems, and performance texts have been published in World Literature Today, Playbill, Women in Performance, La Tribune internationale de langues vivantes, and DOX (the magazine of the European Documentary Network). Since 1985, she has traveled widely from her home in New York performing, teaching and making documentaries. Show less

Filmmaker Nancy du Plessis first noticed the Mormon missionaries in the Munich subway. With their white shirts, dark suits, and name badges, the short-haired adolescent boys stood out from the other passengers, nervously talking and joking in American English.

Each year, approximately 60,000 Mormons travel abroad for missionary duty. This religious rite of passage is a crucial one: At age 19, missionaries — who are predominately male — leave their lives behind and, often with their families footing the bill, devote two years to spreading the faith across the United States and throughout the world. Get the Fire! Young Mormon Missionaries Abroad follows three boys from their homes in Salt Lake City through their training and service in Germany. What is it like for them to leave their families behind, move to a foreign country, and talk to people about God in a language they barely know?

Interspersed throughout footage of these three young men are interviews with five former missionaries who have subsequently left the Church, including Adam Bass, who grew up Mormon, and was sent home three weeks into his Chile mission because he was gay; and Robert Shiveley, who married a member and became unable to reconcile the Church’s teachings with his own intellect. Get the Fire! examines how the missionaries serve out their time abroad and return to Utah as local heroes — despite culture shock, pressure, hard work, and isolation — and leaves the audience to ponder what the young Mormon missionary program is about.