Granito: How to Nail a Dictator

A 26-year-old documentary became vital forensic evidence in the trial of a dictator for human-rights abuses. 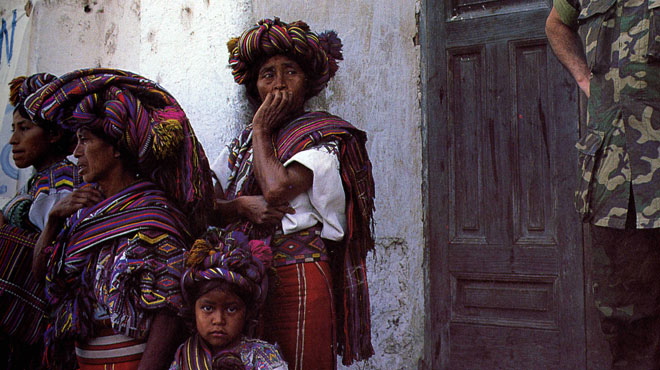 Pamela Yates is an American documentary filmmaker. She was born and raised in the Appalachian coal-mining region of Pennsylvania, but ran away from home at age 16 to live in New York City. Yates is a co-founder of Skylight Pictures, a production company dedicated to making media about human rights and the quest for justice. Four of Yates's films — When the Mountains Tremble; Poverty Outlaw; Takeover,… Show more and The Reckoning— were nominated for the Grand Jury Prize at the Sundance Film Festival, and When the Mountains Tremble won the Special Jury Award in 1984. Her film, State of Fear: The Truth about Terrorism, has been translated into 47 languages and broadcast in 154 countries. Her most recent film, The Reckoning, is about the first six tumultuous years of the International Criminal CourtGranito is the third in her transitional justice quartet of films. Show less

Paco de Onís grew up in several Latin American countries and is multilingual (Spanish, Portuguese, English, Italian, French). He is currently producing Granito, a documentary film focused on the role of filmic and archival documentation in the prosecution of a genocide case against Guatemalan generals. He recently produced The Reckoning: The Battle for the International Criminal Court… Show more (world premiere at Sundance 2009), accompanied by IJCentral an interactive audience engagement initiative promoting global rule of law, developed at the BAVC Producer’s Institute in 2008. Prior to that, he produced State of Fear, a Skylight Pictures film about Peru’s 20-year “war on terror” based on the findings of the Peruvian Truth and Reconciliation Commission. Paco has produced documentaries for PBS (On Our Own Terms with Bill Moyers), National Geographic (Secrets from the Grave), New York Times Television (Police Force, Paramedics), and MSNBC (Edgewise with John Hockenberry). He was also a news producer for two internet companies: The Feedroom, a broadband news delivery site; and StarMedia, a website focused on Latin American affairs. Previous to producing television documentaries and news reports for internet media sites, he created music festivals in South America and the Caribbean, renovated and operated an arts/performance theater in Miami Beach (The Cameo Theater), and owned and operated a Spanish-style tapas tavern in a 500-year old colonial house in Cartagena, Colombia. Show less

Granito is a story of destinies joined by Guatemala’s past, and how a documentary film from 1982, When the Mountains Tremble, becomes forensic evidence to help prove a genocide case against a military dictator.

In Granito, the characters sift for clues buried in archives of mind and place and historical memory, seeking to uncover a narrative that could unlock the past and settle matters of life and death in the present. Like a crime thriller where the narrative is revealed step by step, this epic film travels between present and past, uncovering evidence of massive crimes and bringing accountability to the present.