In 1985, the longtime feud between Philadelphia police and controversial radical urban group MOVE came to a tragic climax. 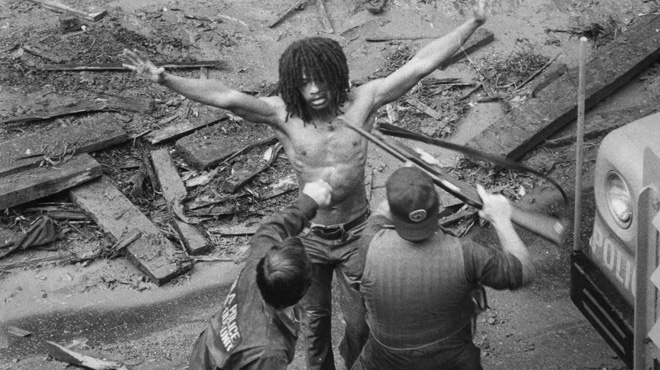 Director Jason Osder is the director of the award-winning documentary LET THE FIRE BURN about the 1985 confrontation between the group MOVE and the Philadelphia police that claimed the lives of 11 people. Supported in part by the Sundance Institute, LET THE FIRE BURN premiered at the Tribeca Film Festival where it won the best editing in a documentary award… Show more and a jury special mention for best new documentary director. The film went on to play more than 50 film festivals around the world and be nominated for over a dozen awards. It won the best editing prize at the Montreal International Documentary Festival, the International Documentary Association Creative Recognition Prize in Editing, the Cinema Eye Honor for Editing and the Independent Spirit Truer than Fiction Award. Jason is Assistant Professor of Media and Public Affairs at The George Washington University. Show less

On May 13, 1985, a longtime feud between the city of Philadelphia and controversial radical urban group MOVE came to a deadly climax. By order of local authorities, police dropped military-grade explosives onto a MOVE-occupied rowhouse. TV cameras captured the conflagration that quickly escalated — and resulted in the tragic deaths of eleven people (including five children) and the destruction of 61 homes. It was only later discovered that authorities decided to "...let the fire burn." Using only archival news coverage and interviews, first-time filmmaker Jason Osder has brought to life one of the most tumultuous and largely forgotten clashes between government and citizens in modern American history.