Through a Lens Darkly

African Americans have been depicted in commercial photography differently than how they were captured in family photos. 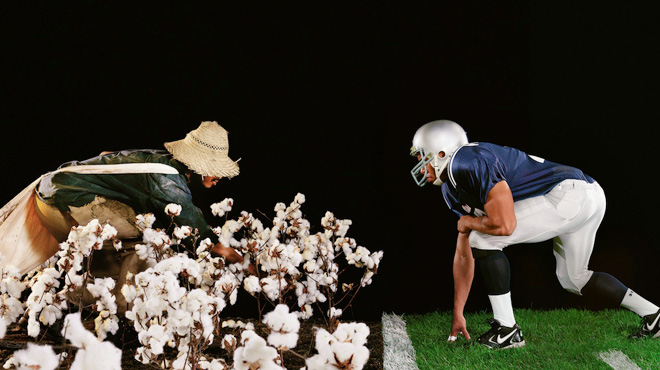 Born in the Bronx and raised in New York City and Dar Es Salaam, Tanzania, Thomas Allen Harris is a graduate of Harvard College with a degree in biology. His critically acclaimed documentary, É Minha Cara/That’s My Face (2001), premiered at the Toronto, Sundance, and Tribeca Film Festivals and won seven international awards, including the Prize of the… Show more Ecumenical Jury of Christian Churches at the 2002 Berlin International Film Festival. A recipient of the Guggenheim, Rockefeller, CPB/PBS Producers and Sundance Directors Fellowships, Harris is currently a professor of media arts at Sarah Lawrence College. He worked as a producer for public television in New York prior to founding Chimpanzee Productions, Inc. Chimpanzee Productions is currently developing new projects, including a documentary entitled, Through a Len Darkly: The History of Black Photographers from 1840 to the Present, as well as a narrative feature entitled, Tears From Lagos. Twelve Disciples of Nelson Mandela is Harris’ third film to make its world premiere at the Toronto International Film Festival and has won over five international awards and honors including the Truer Than Fiction Independent Spirit Award Nomination, Best Documentary at the Pan African Film Festival, and the Henry Hampton Award for Excellence in Documentary Filmmaking from the Roxbury Film Festival. Show less

For the last 170 years, pioneering African Americans photographers — men and women, celebrated and anonymous — have recorded the dramas and aspirations of generations. Through a Lens Darkly traces the spiritual transformation from slavery to economic mobility and social stability, and how these photographers helped their communities reclaim self-worth and humanity.